Two things stood out about Berlin – a deep sense of history and an atmosphere of renewal. The anniversary of a dark time in modern history brought a citywide remembrance with open-air memorials and educational displays.

Lori was really eager to check out Berlin because she is into art and history. We couldn’t have picked a more perfect time to visit. This year marks the 80th anniversary of the Nazi rise to power and the beginning of a devastating period of European history. Berlin remembers through a city wide commemoration project called Diversity Destroyed. There is also a flurry of building construction projects and lots of big cranes. During our seven-day visit, we also checked out museums, monuments, street art, shops, and enjoyed a cold beer as we strolled around this easy-to-explore city (there’s no open container law).

Diversity Destroyed includes 500+ exhibitions and events throughout Berlin. Wow! The aim is to remember the diversity that the Nazis destroyed and also celebrate the new diversity that exists today.

Portrait Exhibitions
Near the Berlin Cathedral there is a series of large pillars with photos and biographies of actors, artists, scientists, and writers who lived in the 1930s. Some survived; some did not. 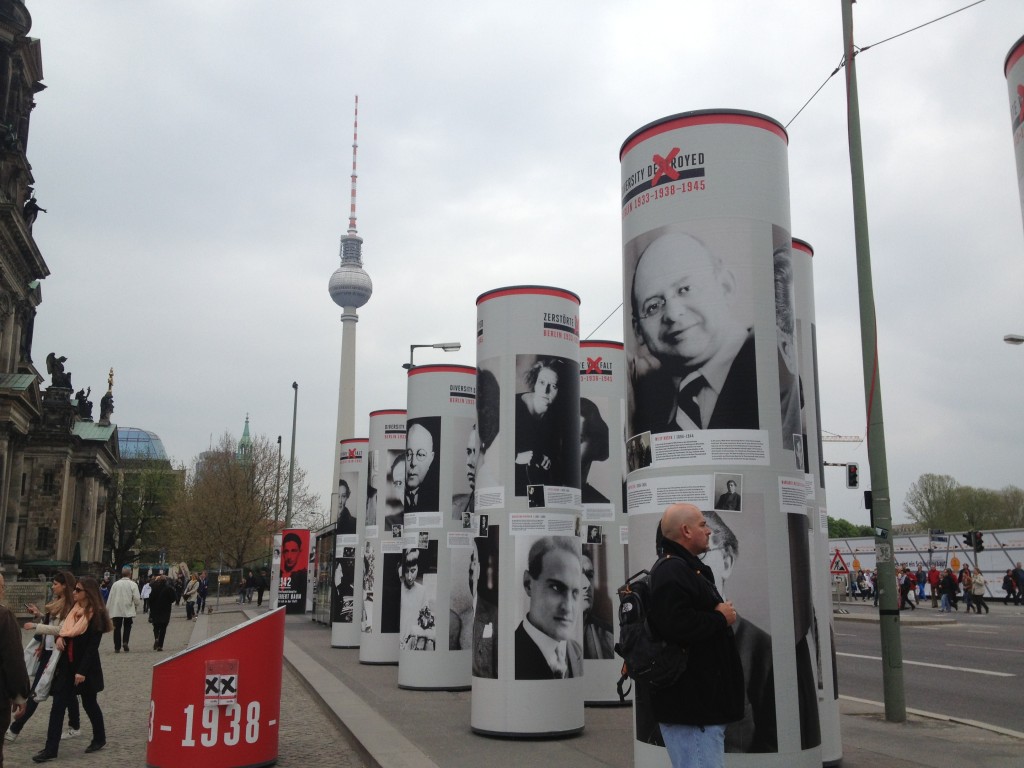 National Socialist Party Rise
Near the Brandenburg Gate, there is an exhibit that tells the story of the Nazi’s rise to power and subsequent oppression and genocide. 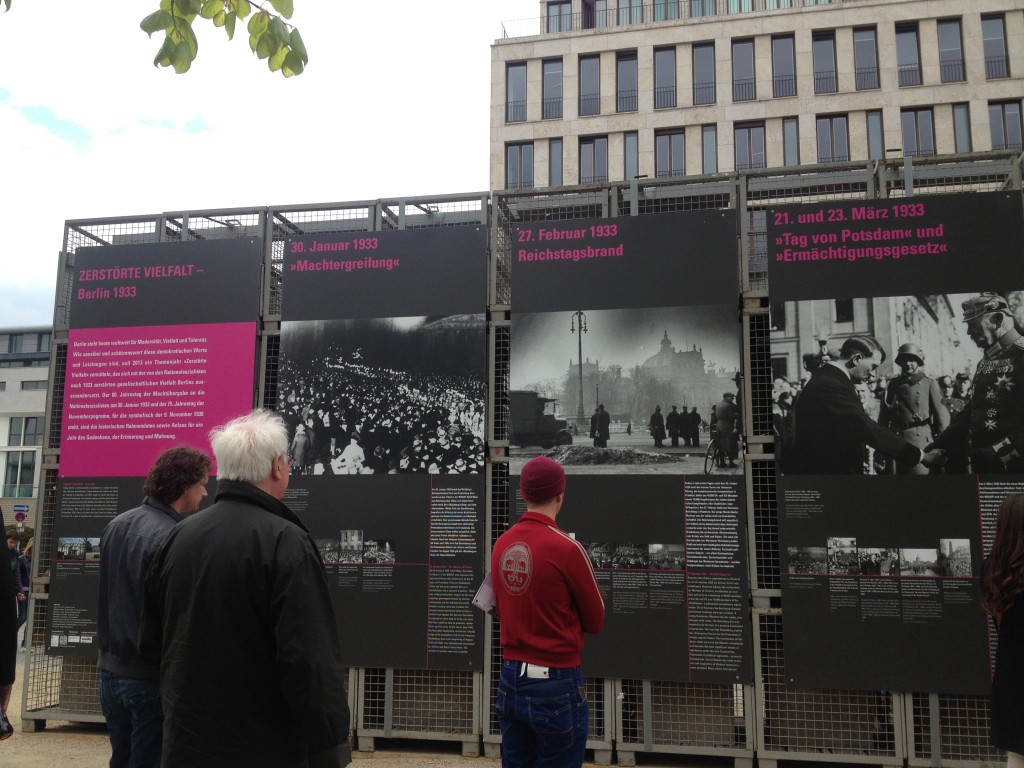 Jewish Museum
The cool modern building is an attraction itself and some of the exhibits left us both feeling a bit emotional. This museum covers the history of the Jews from the 10th century to today through a wide range of interesting and interactive displays. There are also several exhibits that focus on the Holocaust. The Holocaust Tower, a dark concrete enclosure, was extremely powerful. There is a big heavy door, and when you enter, it closes with a loud bang – then all is dark and silent. The Garden of Exile symbolizes the people who had to leave their homes. There is a lot to see at the Jewish Museum, so give yourself several hours to visit. You can explore a bit, take a break at the café and have a coffee, and then explore some more. 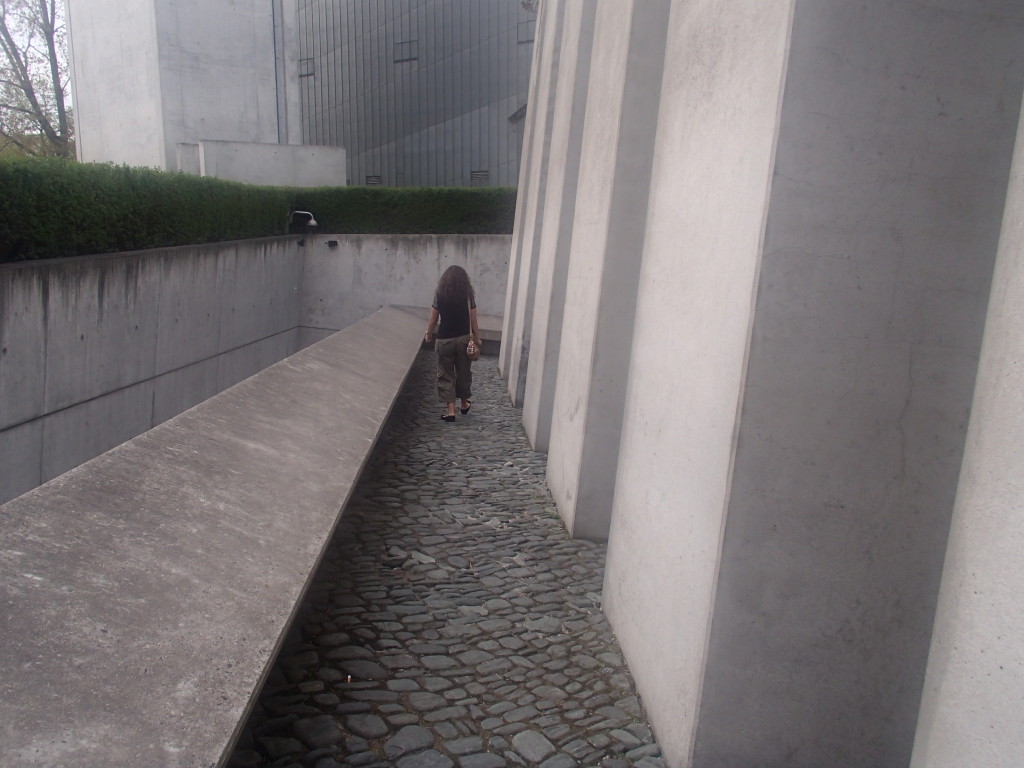 Checkpoint Charlie Museum
This museum has some interesting memorabilia, like things that people used to escape East Germany (car trunks, power transformer, elaborate collapsible ladder, homemade flying machine, kayak). But, overall the museum was just so so. It was cluttered and confusing. There were giant wall posters with lots of text in four different languages and it was hard to know where to look or what order to follow the exhibits. Outside, in front of the museum there is a replica of the guard tower with a touristy opportunity to take your photo with a fake military guard. (Also, this was the only museum we visited that charged to use the washroom after you had already paid the admission fee.) 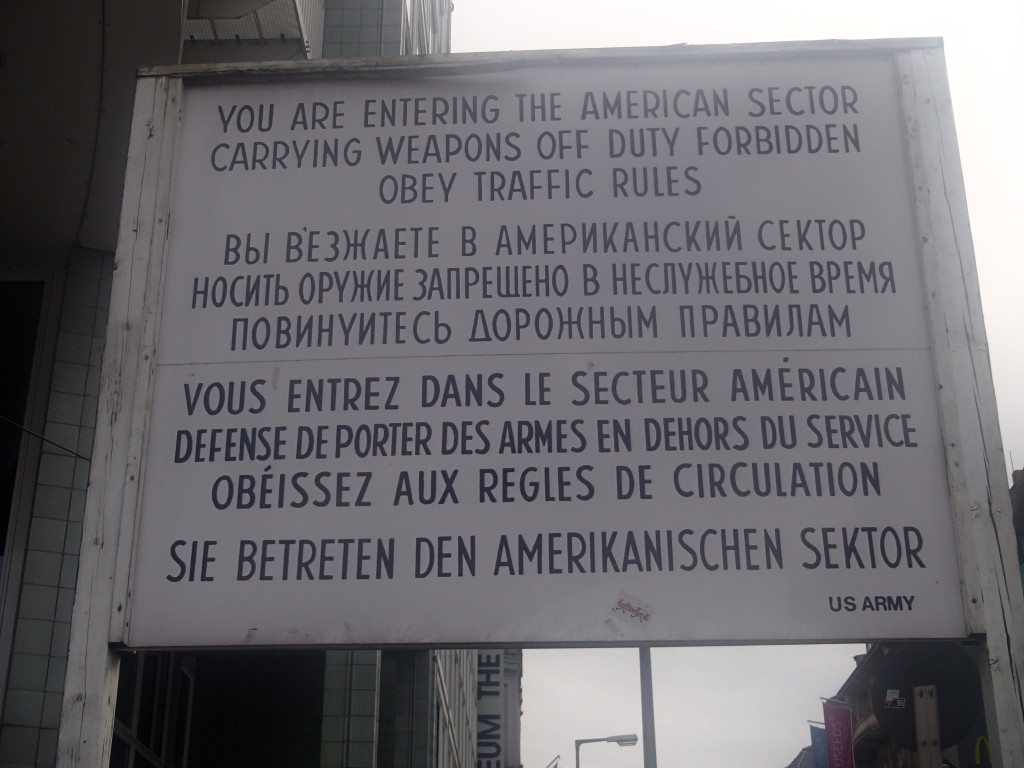 Memorial to the Murdered Jews of Europe
The memorial consists of an outdoor sculpture garden with 2,700 concrete slabs and indoor information center, that is more like a museum (admission is free). As you wander through the narrow passageways among the concrete pillars, the sun shines through and lights up the sky. One of the most powerful rooms inside, the Room of Dimensions, contains actual letters that the people wrote to family and friends. In a dark room, the original documents are displayed in up lit sections on the floor. Next to the document is an English translation and follow up about what happened to the person who wrote it. 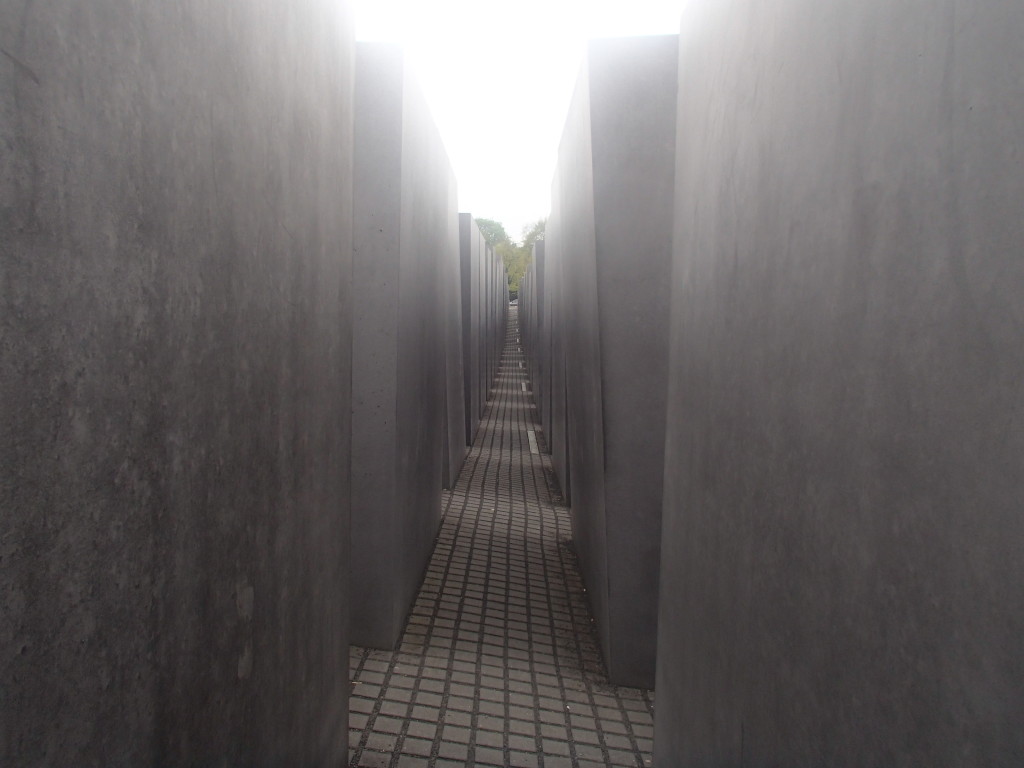 Memorial to the Murdered Jews of Europe

More…
There are tons of museums in Berlin – you could spend one week alone just visiting them. We planned to visit the DDR Museum about East Germany the river bank, but didn’t make it.

The day we checked out the Reichstag and Brandenburg gate happened to be a national holiday, May Day, so there was a street fair with food, music, and beer. The Brandenburg gate has quite a history. It was one of 18 city gates built in the late 1700s and is the only one still standing. When Napoleon invaded, he snatched the Quadriga, a sculpture of Goddess of Victory, and took it to France (It was later returned). In a 1987 speech in front of the gate, Ronald Regan delivered the famous line, “Mr. Gorbachov – tear down this wall!” There’s a lot more, but you can read about it on this website if you’d like (Brandenburg Tor history).

Nearby, we saw a memorial for the Gypsies that were murdered in the Holocaust (it opened eight months ago). Large signs outside the garden told the story of the Sinti and Roma genocide. At the end, there was a touching poem by Santino Spinelli to the victims of the Nazi terror who were murdered in the extermination camps. It said: 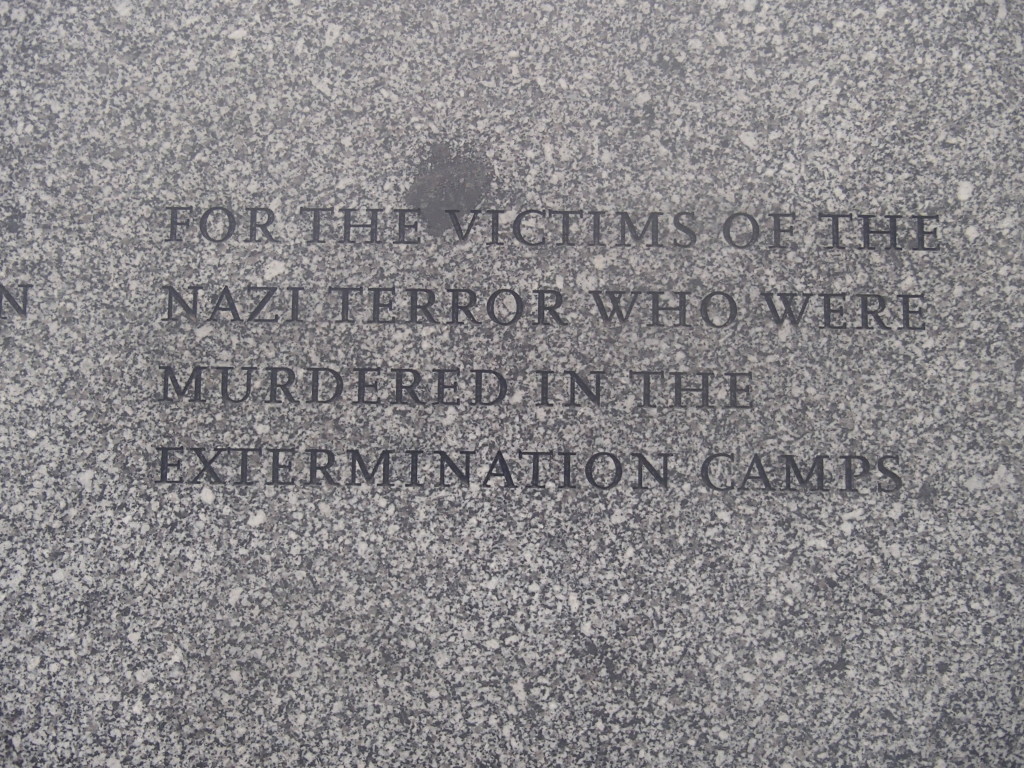 Gendarmenmarkt Square is a nice spot to stop for a drink or snack. The square sits between three lovely buildings: a concert hall, German cathedral, and French cathedral. We checked out the TV tower from afar, but did not go inside. The same goes for the Berlin Cathedral (there is an entrance fee).

Padlocks over the River Spree
Well, this isn’t a building or monument, but it is cool. There’s a custom for lovers to place a padlock on bridges that cross over rivers – awwww. 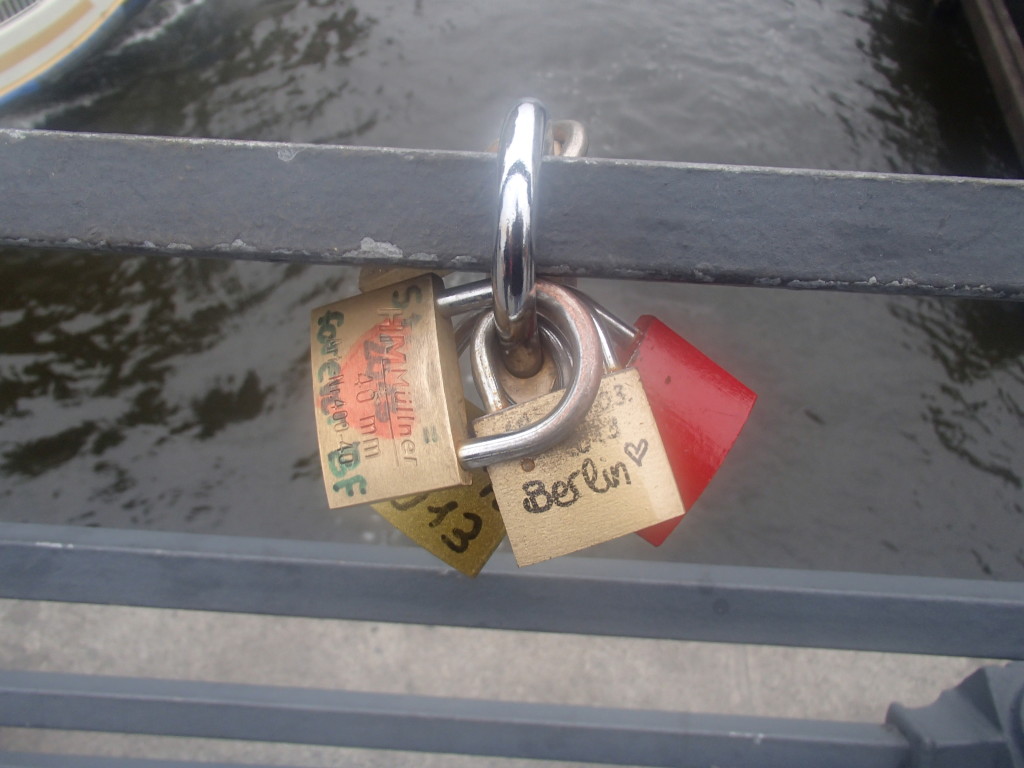 Padlocks over the River Spree

As you stroll around Berlin, you will see street art at many turns. There are eye-catching images on buildings, walls, street signs, and remnants of the Berlin Wall. Awesome! See more about Berlin’s street art scene: Street Art: graffiti in Berlin by Time Out and Street Art Berlin. 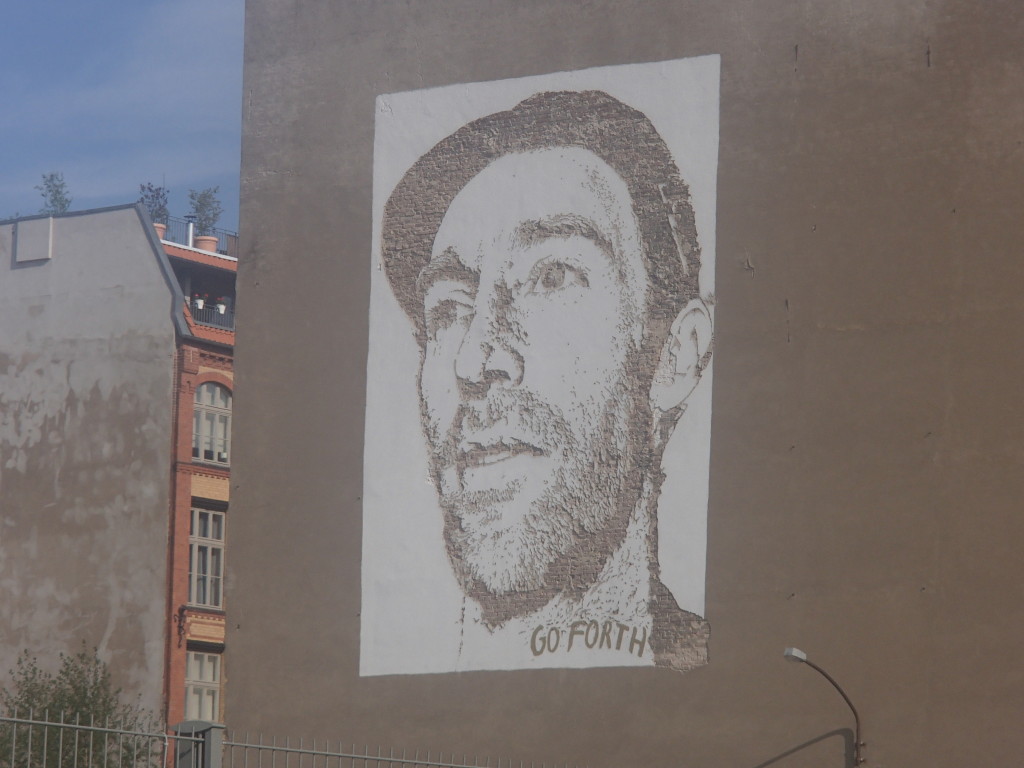 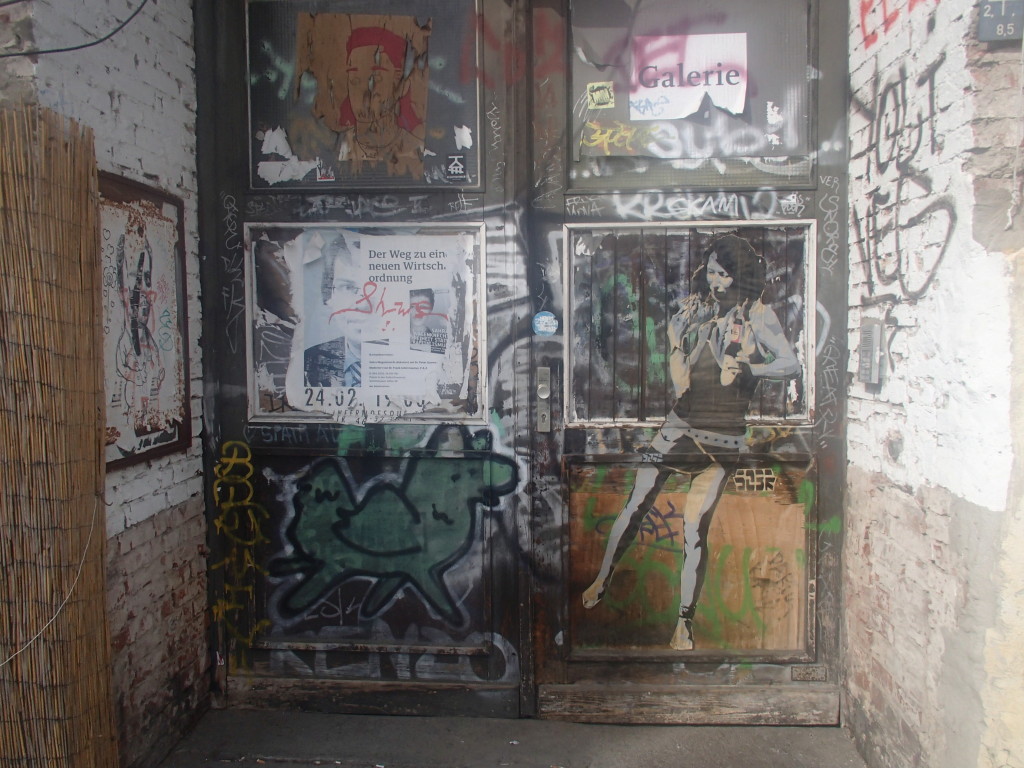 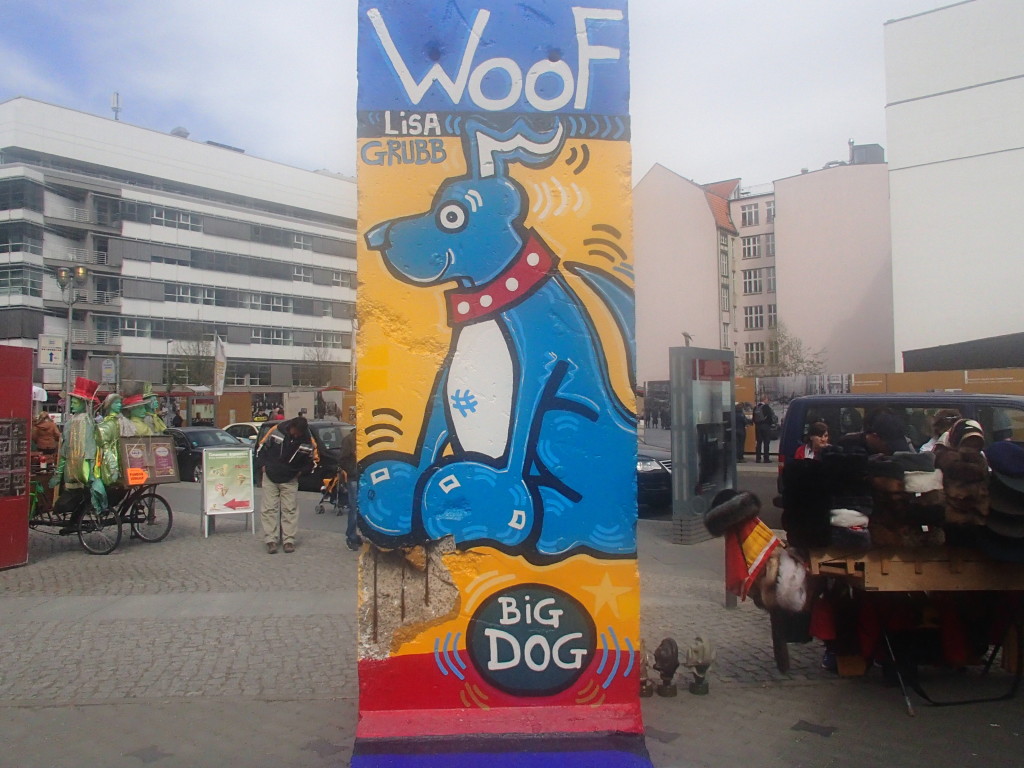 Although we didn’t buy anything (other than socks for Michael – very glamorous), we did a lot of browsing. 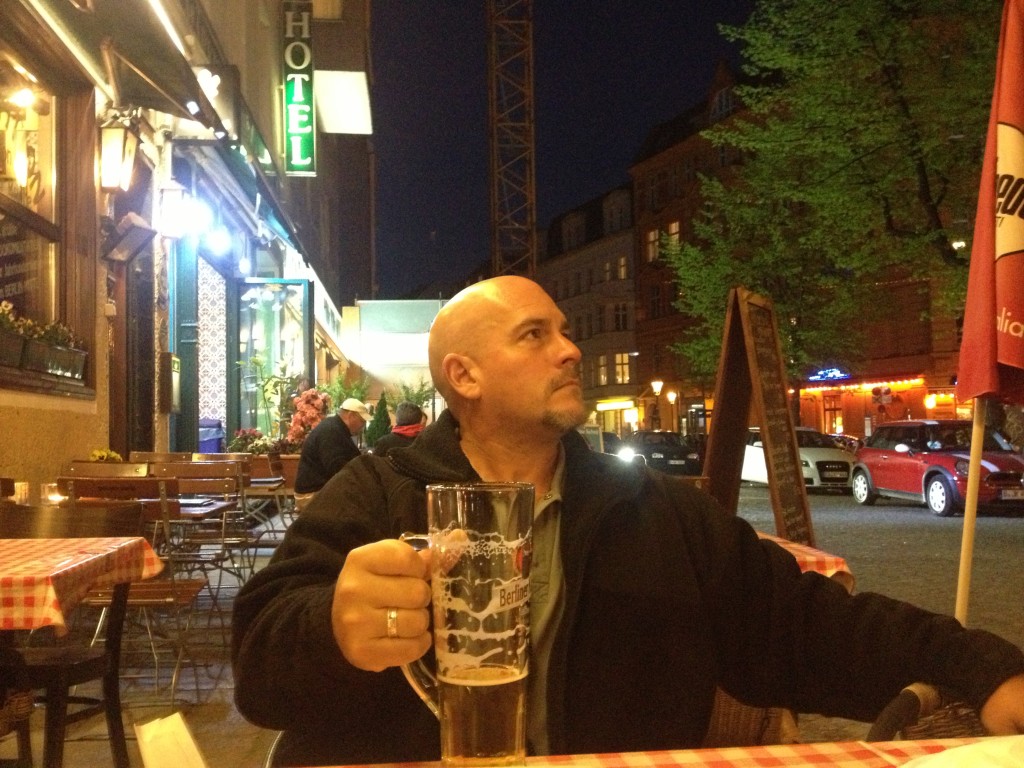 Berlin has so much to offer and we only got to see a small sampling (a common feeling throughout most of the trip so far). 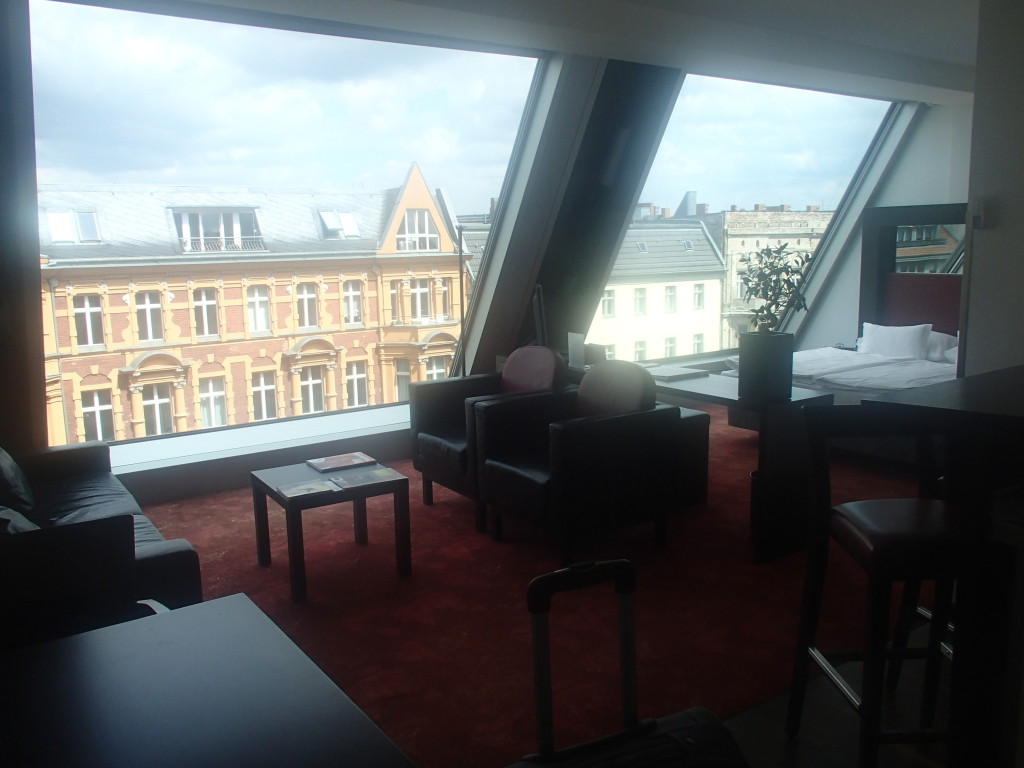