Rest and recovery with a little sightseeing

On the tail of Michael’s dysentery, we spent six quiet days in Singapore where he had time to recover. But we did get in a little exploration time to see some of the city.

We were amazed at what we thought was Michael’s speedy recovery from dysentery. Within two days he was eating normally and partaking in the cocktails (ignoring the doctor’s instructions). But on the second day in Singapore, he started to feel sick again – stomach problems, low fever, and dizziness. So Lori put her foot down and made him stay in and rest. We were in a great place for this – a flat with a living room and full kitchen. We did some research on recovery from dysentery then went to the grocery store and stocked up on bland foods. We also caught up on blogging and did laundry in a washing machine.

Since the cheapest room at the Marina Bay Sands Hotel is around $500 S, we settled for a look from the outside. Non-guests can visit the Skypark observation tower for $19 S each, but we skipped it. There is a shopping center with restaurants adjacent to the hotel and we spent some time checking out the very expensive stores. This is where we had our first and only restaurant meal, which was a huge overpriced disappointment. But it was fun to watch the really cool fountain inside the mall. 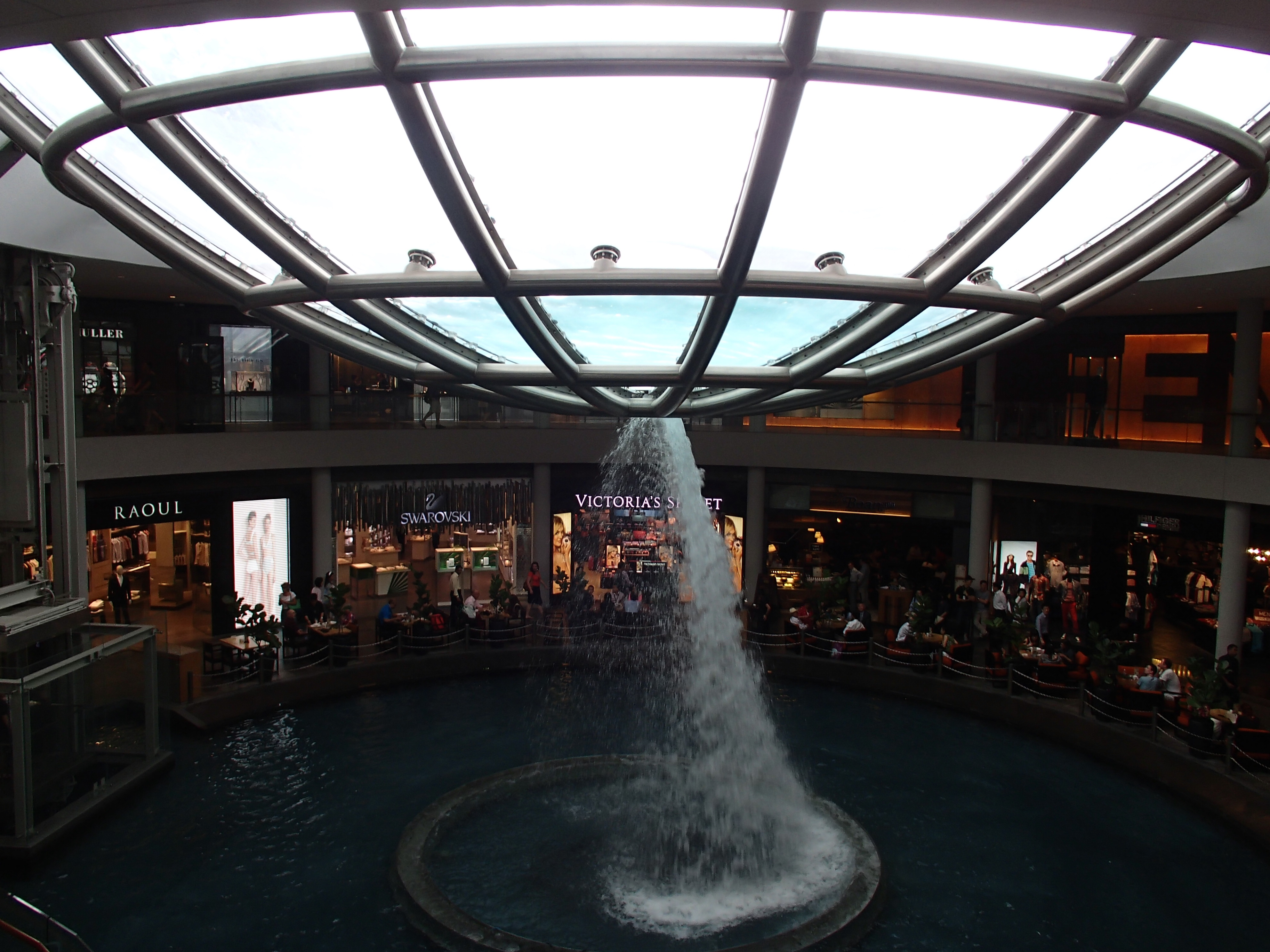 There are several Singapore museums that look very interesting. We made it to the Singapore Art Museum on a Friday evening for free admission. This small museum focuses on contemporary art. The current exhibit, Weight of History, was very interesting and thought provoking. There was an awesome gift shop with tempting jewelry, t-shirts, and books. The museum is really easy to find – it is across the street from the MRT stop. 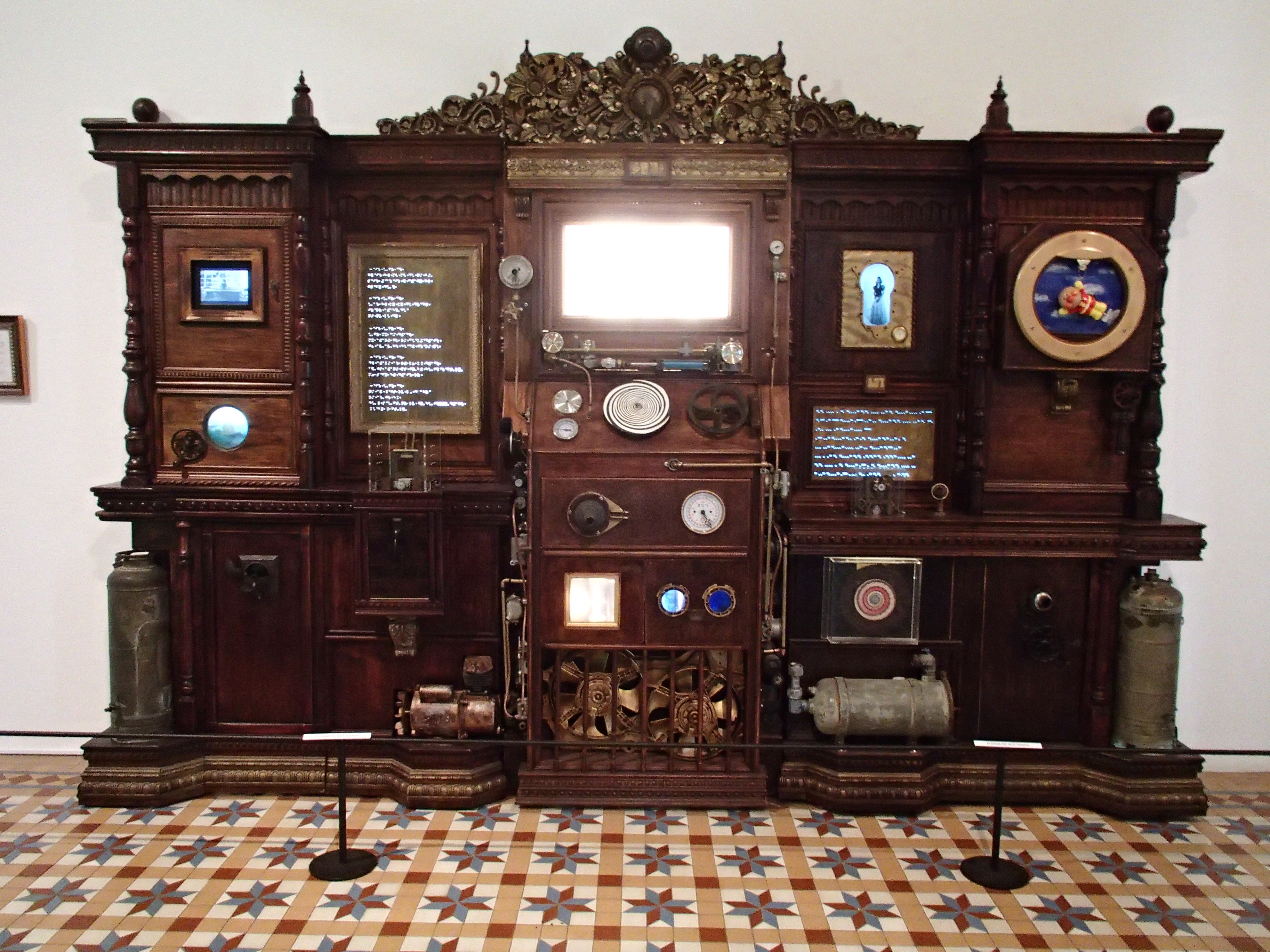 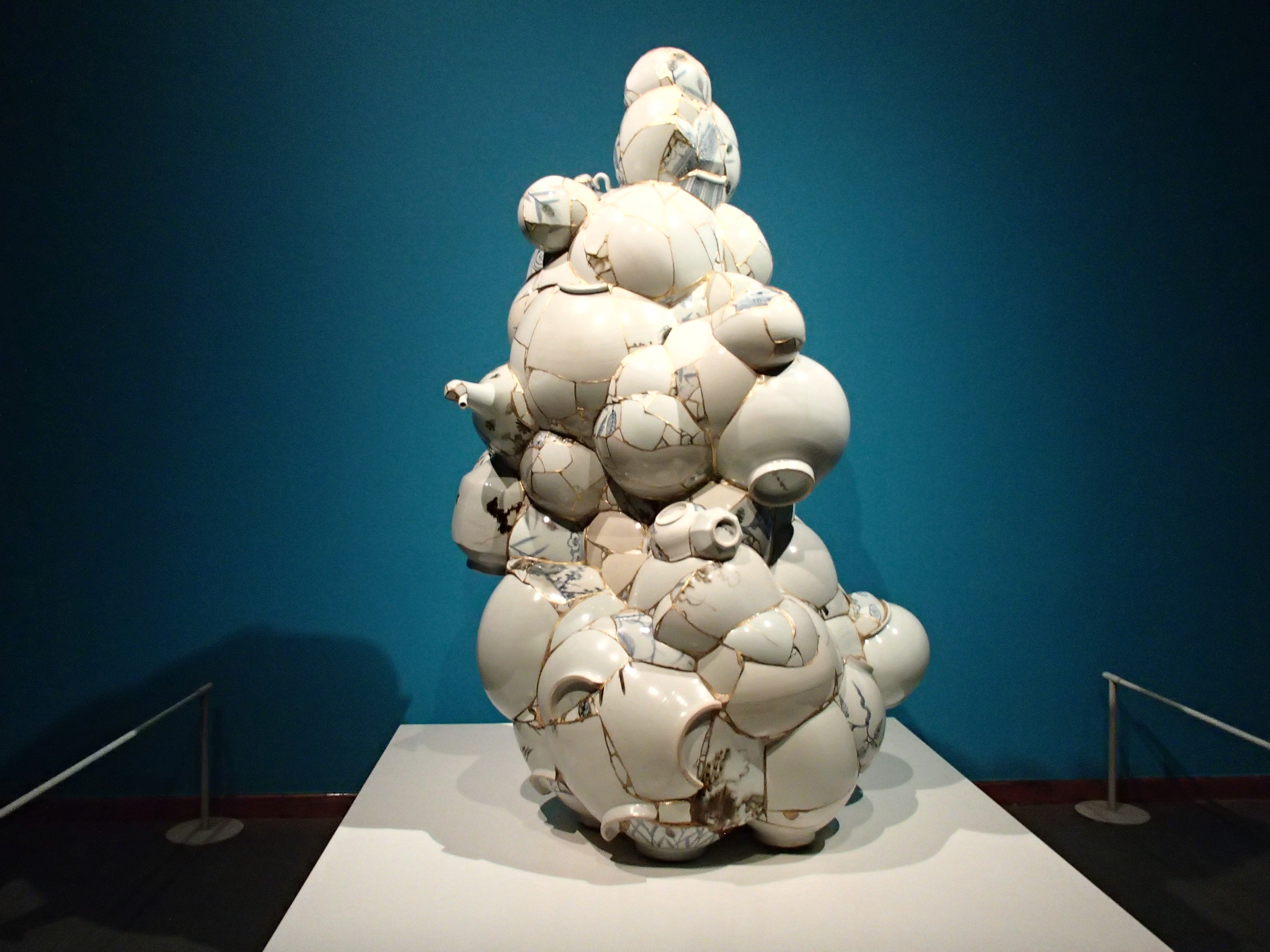 We decided to do the touristy thing and pop into the Long Bar at the Raffles Hotel where the Singapore Sling was invented. Lori tried one of the famous drinks while Michael had a pot of Chamomile tea. After the shock of the cost wore off, we sat on the verandah for a bit and watched the street below. So how was the famous drink? It was very average and not worth the price. 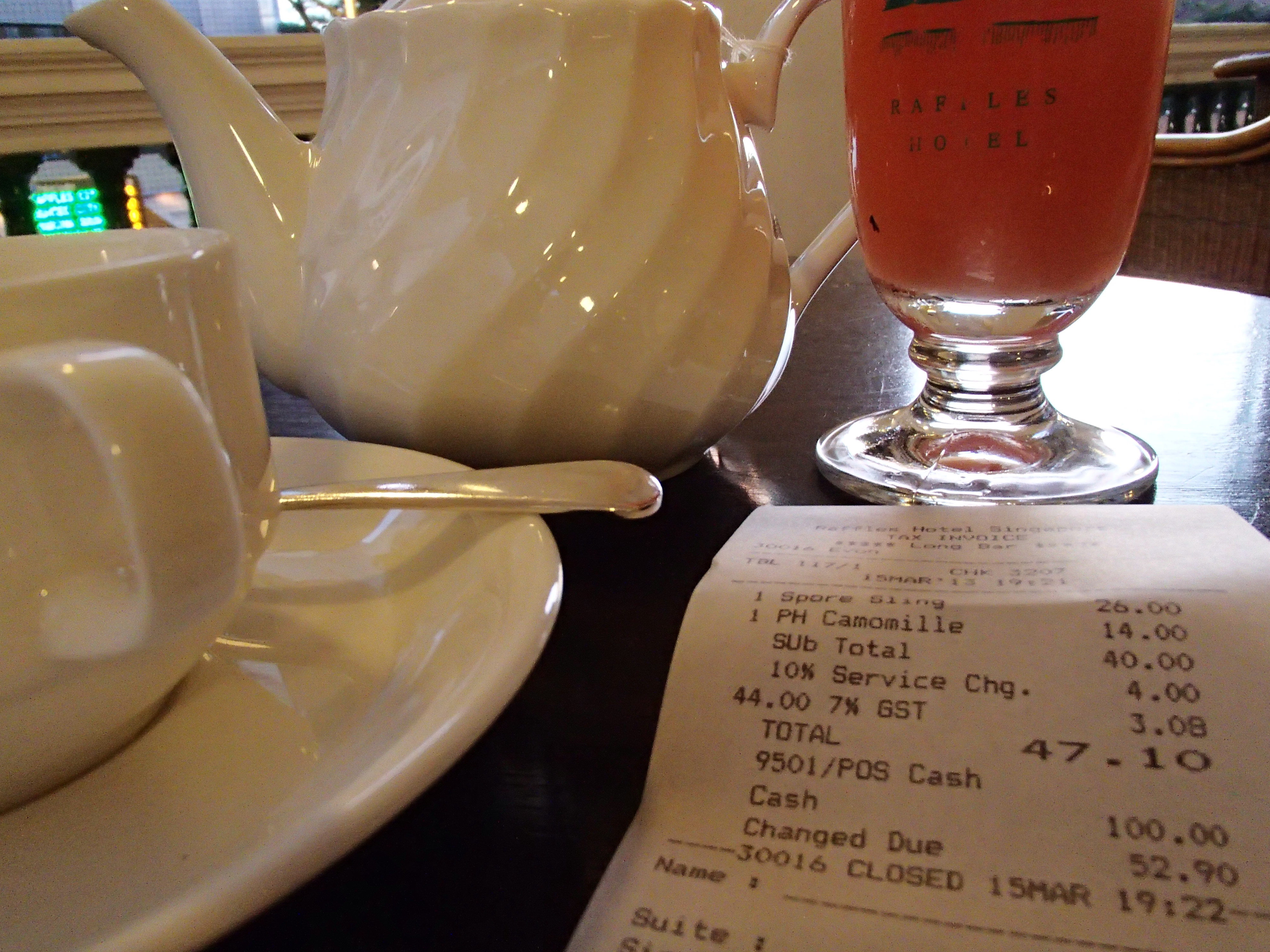 Skip the Long Bar at Raffles

The highlight of our sightseeing was viewing the city lights at night. We stopped by the war memorial and then went down by the water where there was a fantastic view of the skyscrapers, Singapore Flyer, and Marina Bay Sands. Despite feeling like crap, Michael took some great photos. 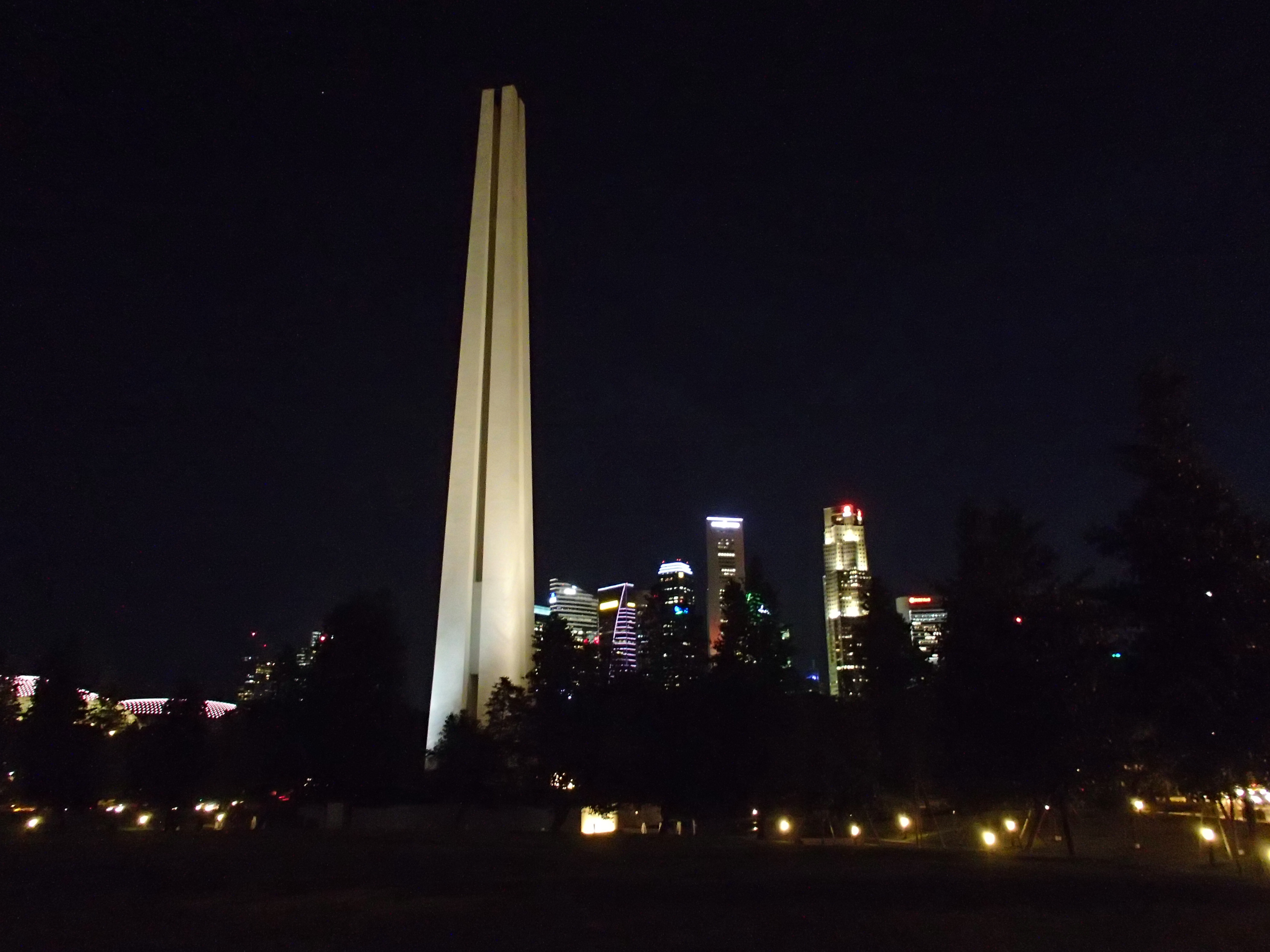 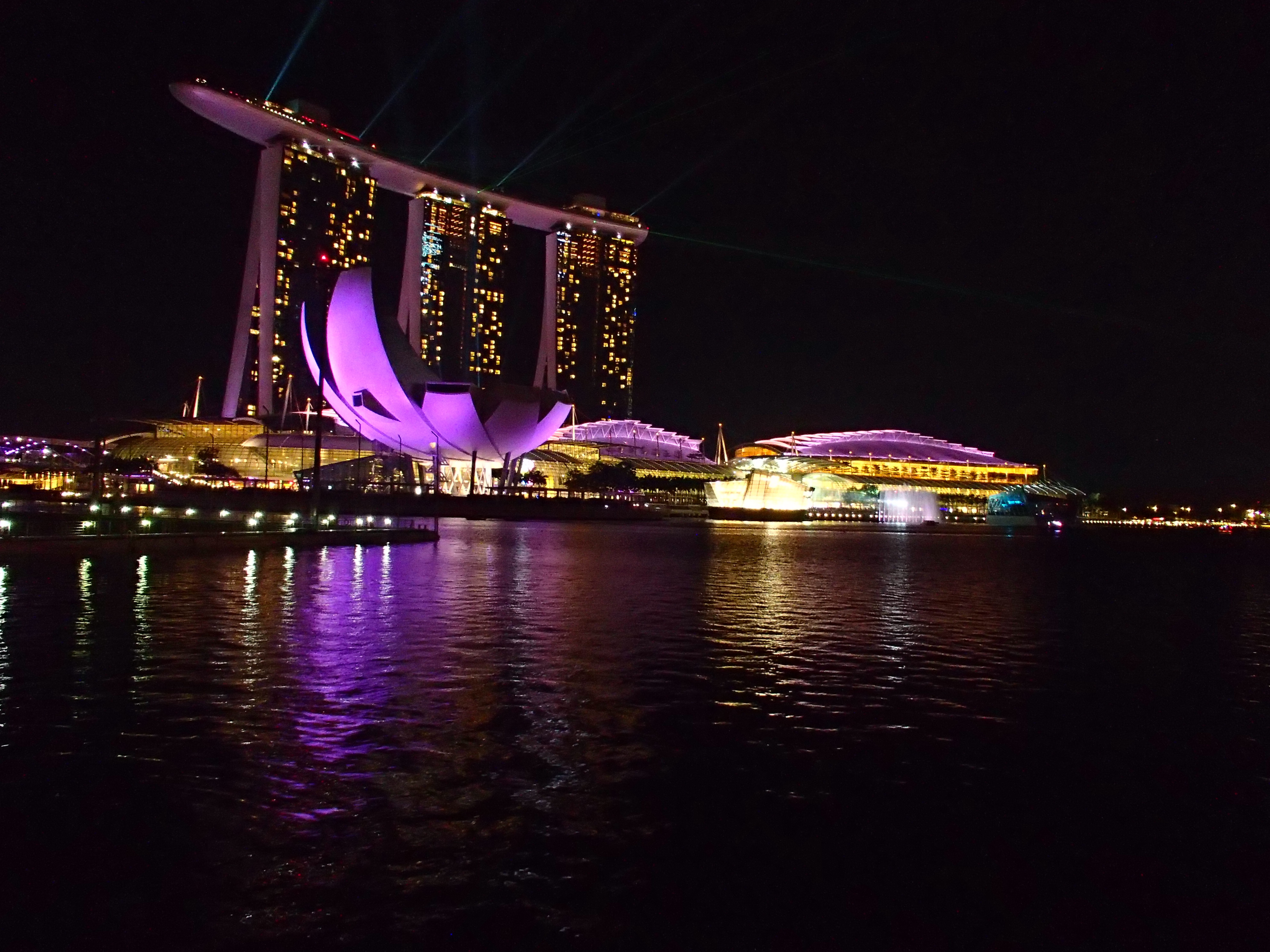 We didn’t get to see much of Singapore. We had planned to visit the National Museum, Red Dot Museum, Gardens on the Bay, Singapore Flyer, Orchard Street, Botanic Gardens, Little India, Newton Food Centre, and Underwater World (Michael really wanted to scuba dive with the sharks). But Michael’s heath took precedence and Lori made him rest. We liked what we saw, especially the smart urban planning that breaks up tall buildings with lots of green spaces. 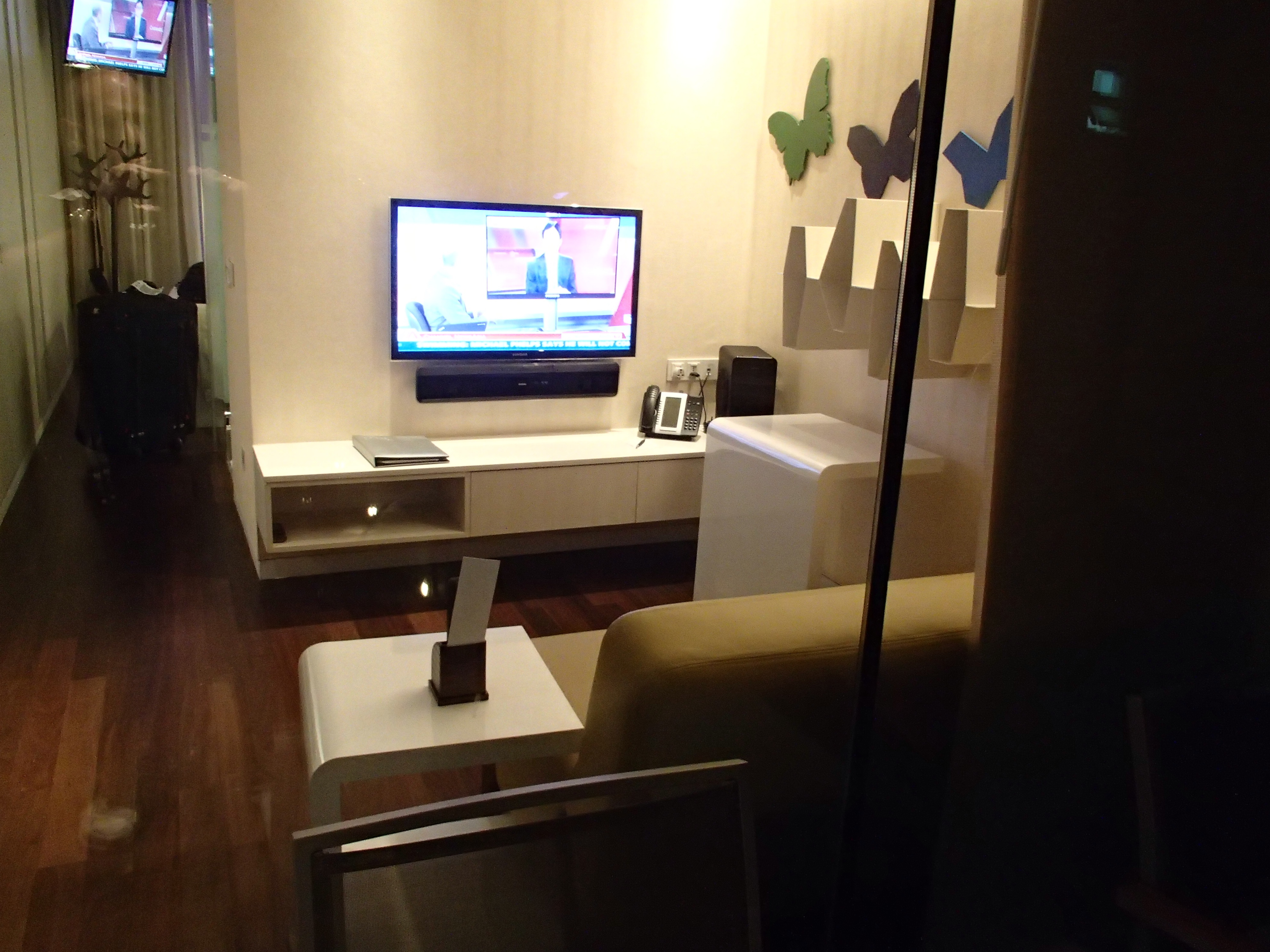 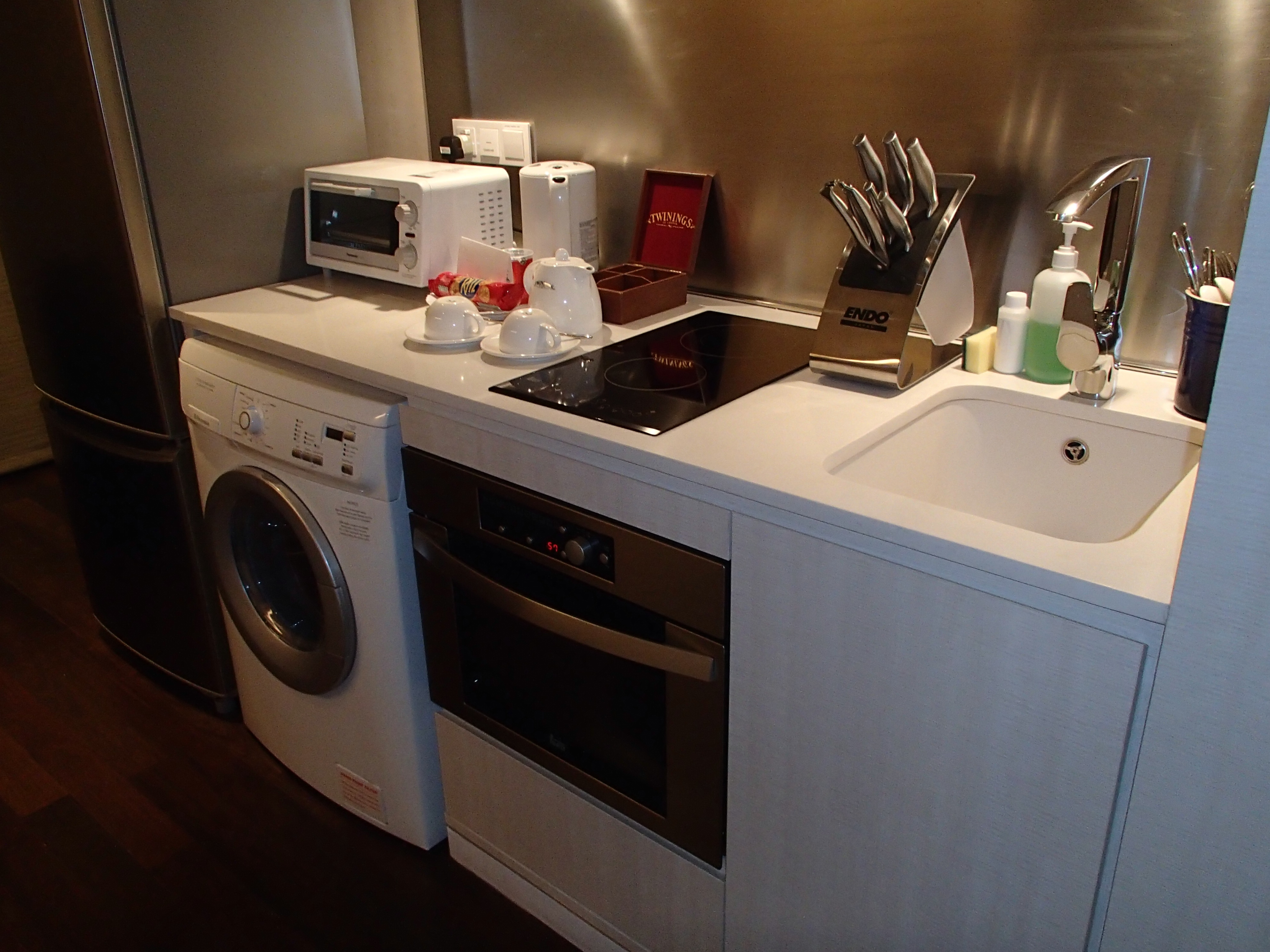 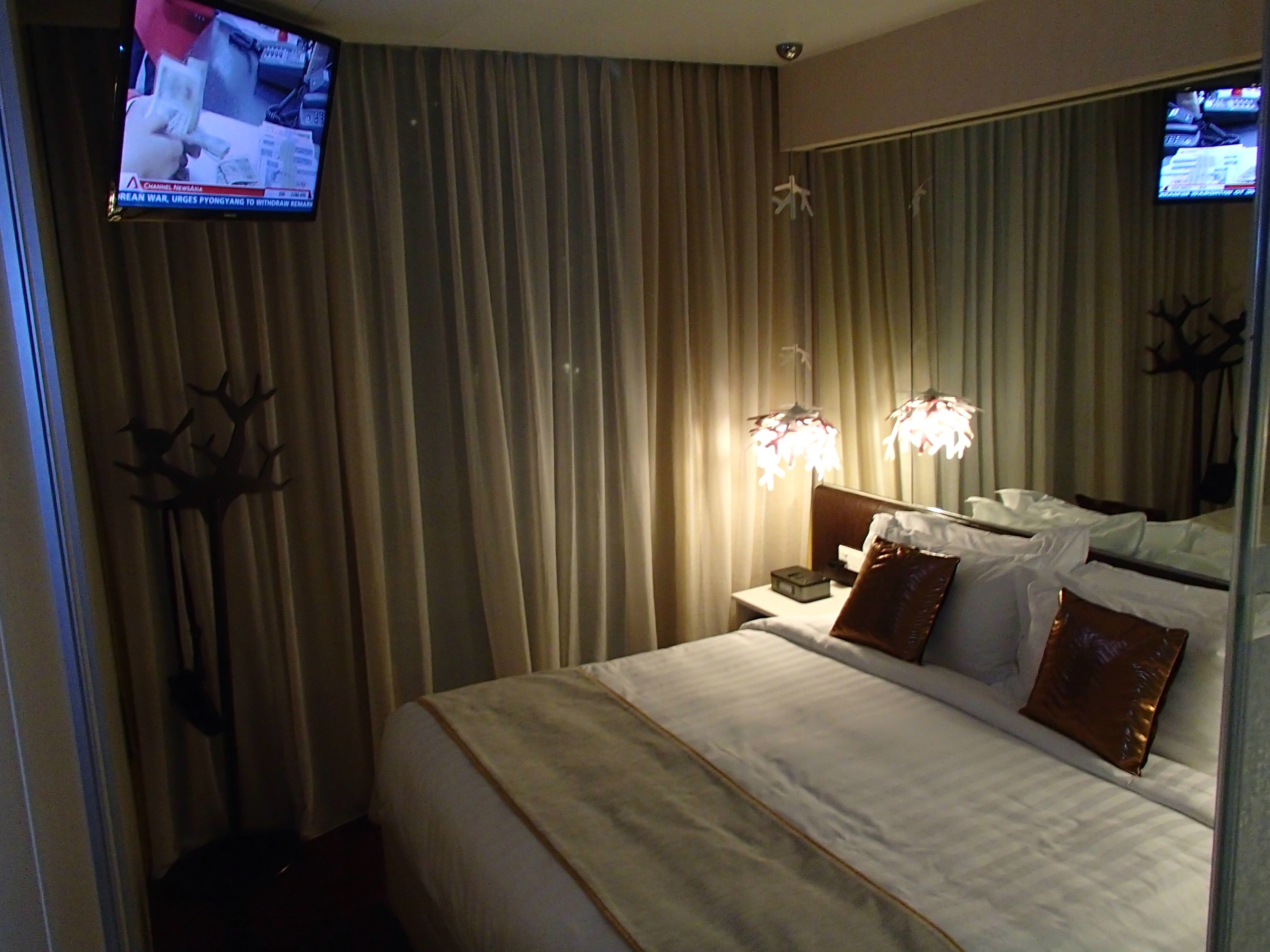 Airport Departure: Look up the exact terminal for your flight. We flew Singapore airlines, which has two terminals. Since we didn’t specify, our driver brought us to the first terminal, which we found at check in was the wrong one. There is a skytrain to the other terminal, but because it was so late at night, the train had ended its service. So we had to pay another taxi to drive us to the correct terminal.