We have reached the first destination in our trip around the world – Seoul, South Korea – and it is snowing! Read about our final preparations and journey to Asia.

We sold all of the furniture and packed the rest in storage pods a few days before moving day. We spent the last days in a bare house sleeping on a comfy air mattresses (thanks to Gilbert) using old Tupperware for dishes. The house closed on Monday and then we stayed with Lori’s Mom for four days. It was really strange to leave the home where we had lived for so many years. We ran around taking care of last minute details like finding a safe place for Cain and Piper’s ashes, and were too busy to be excited for the trip. We accomplished all of the things on our list and felt ready to go! 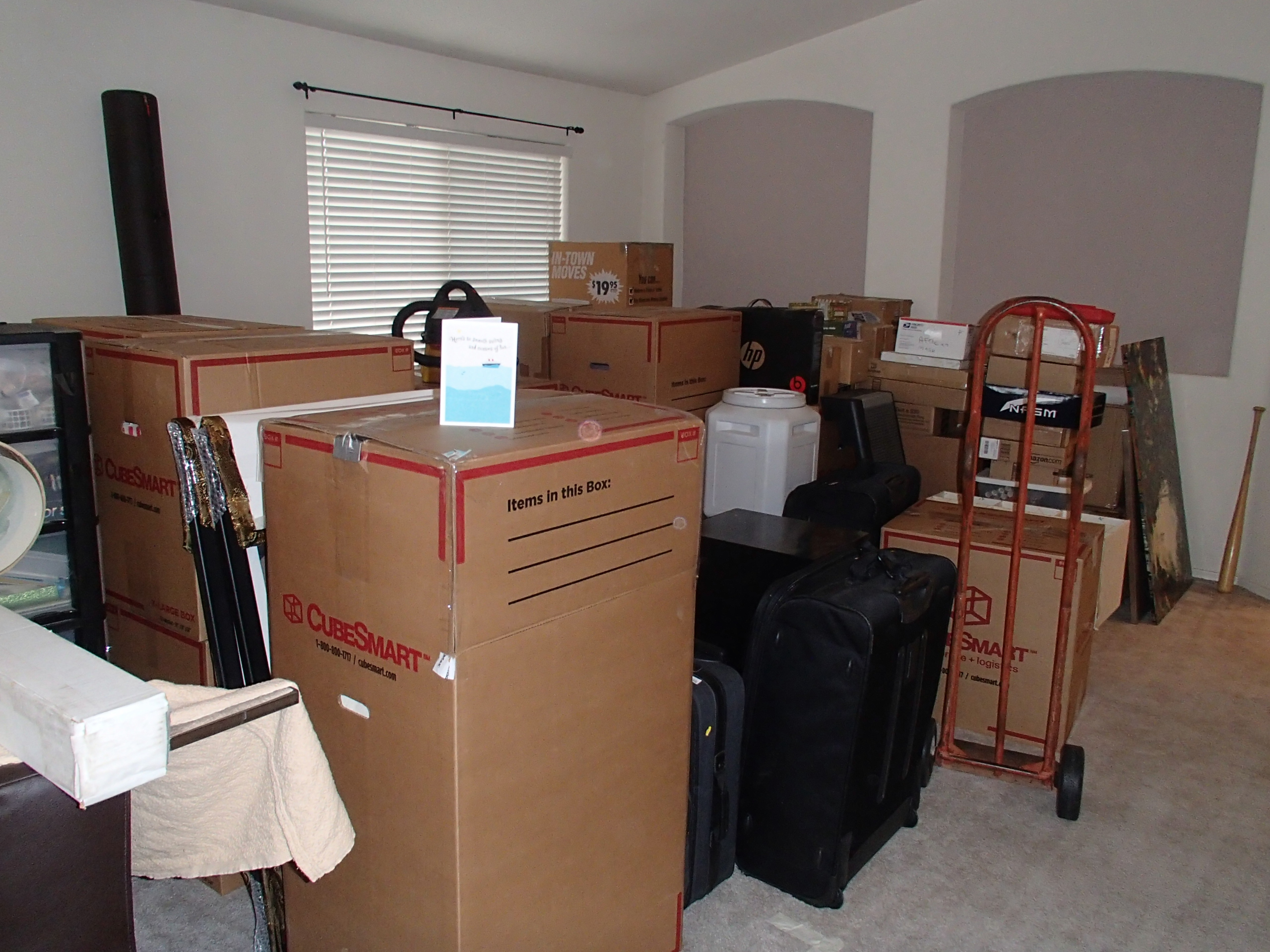 Packed and ready for storage

The day began super early. Mike, the owner of MTL Sedan Service, picked us up at 5:30 AM and we headed to Sky Harbor Airport.  (Contact MTL Sedan Service if you need a comfortable, reliable ride in the Phoenix area.) 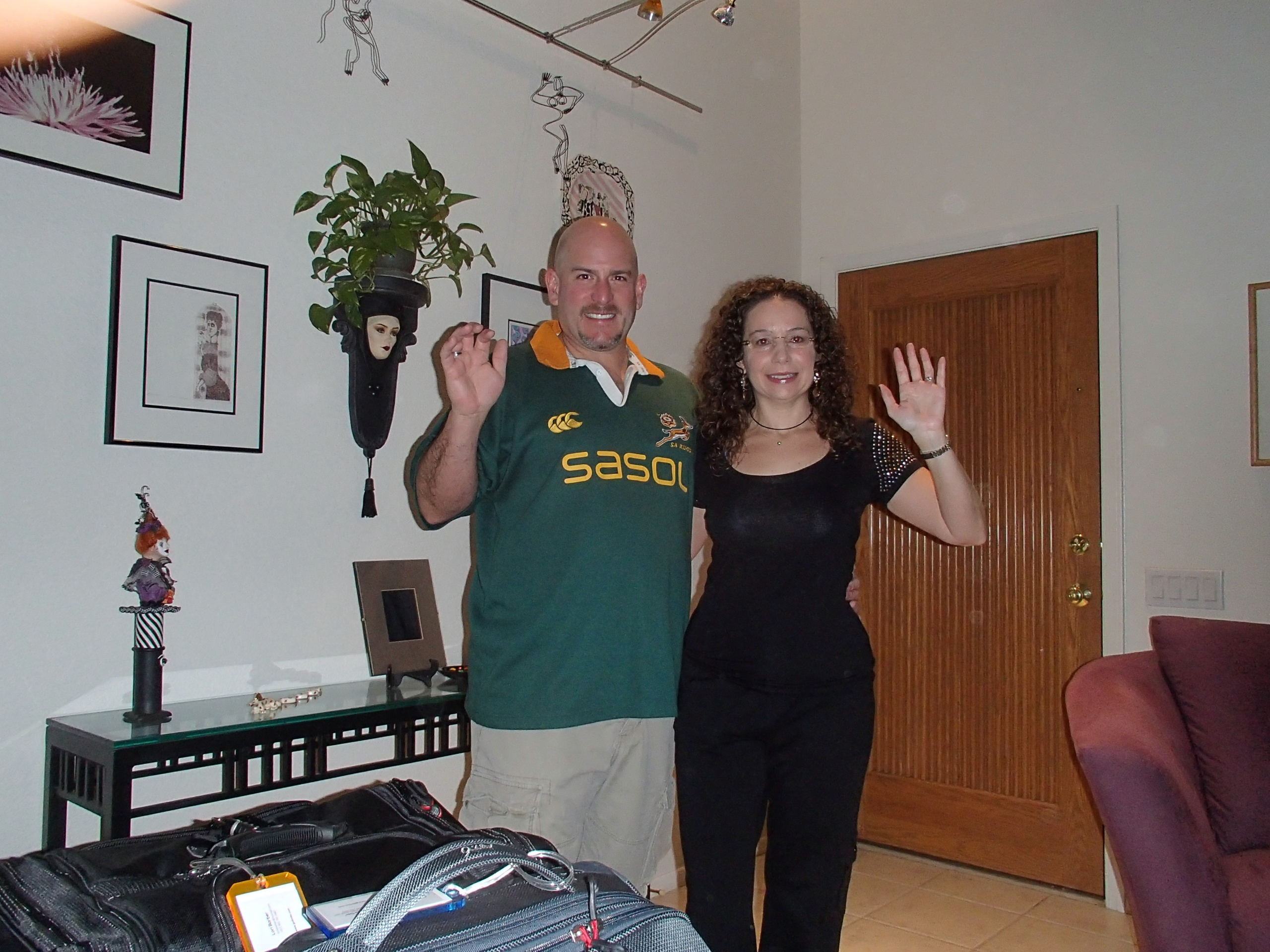 5:00 AM departure from Lori’s Mom’s house 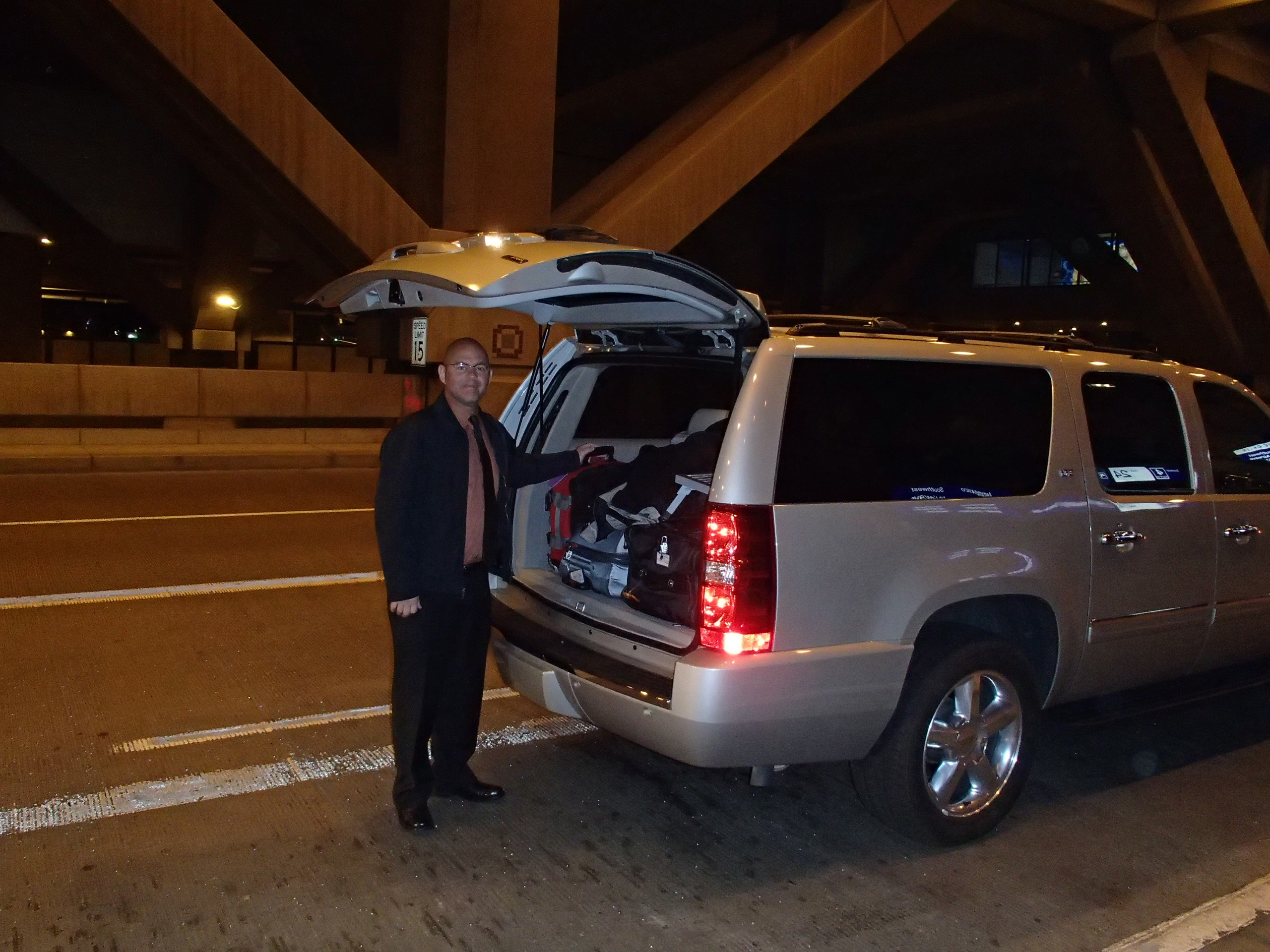 Lori’s spiffy new blingy t-shirt set off the alarm at airport security and she had to get a pat down. Afterwards she felt a bit sullied and unusual, but the staff was professional and as respectful as you can get when you are feeling someone up and down. When we changed planes in San Francisco, Lori threw on her schleppy t-shirt and got through security with no problem. 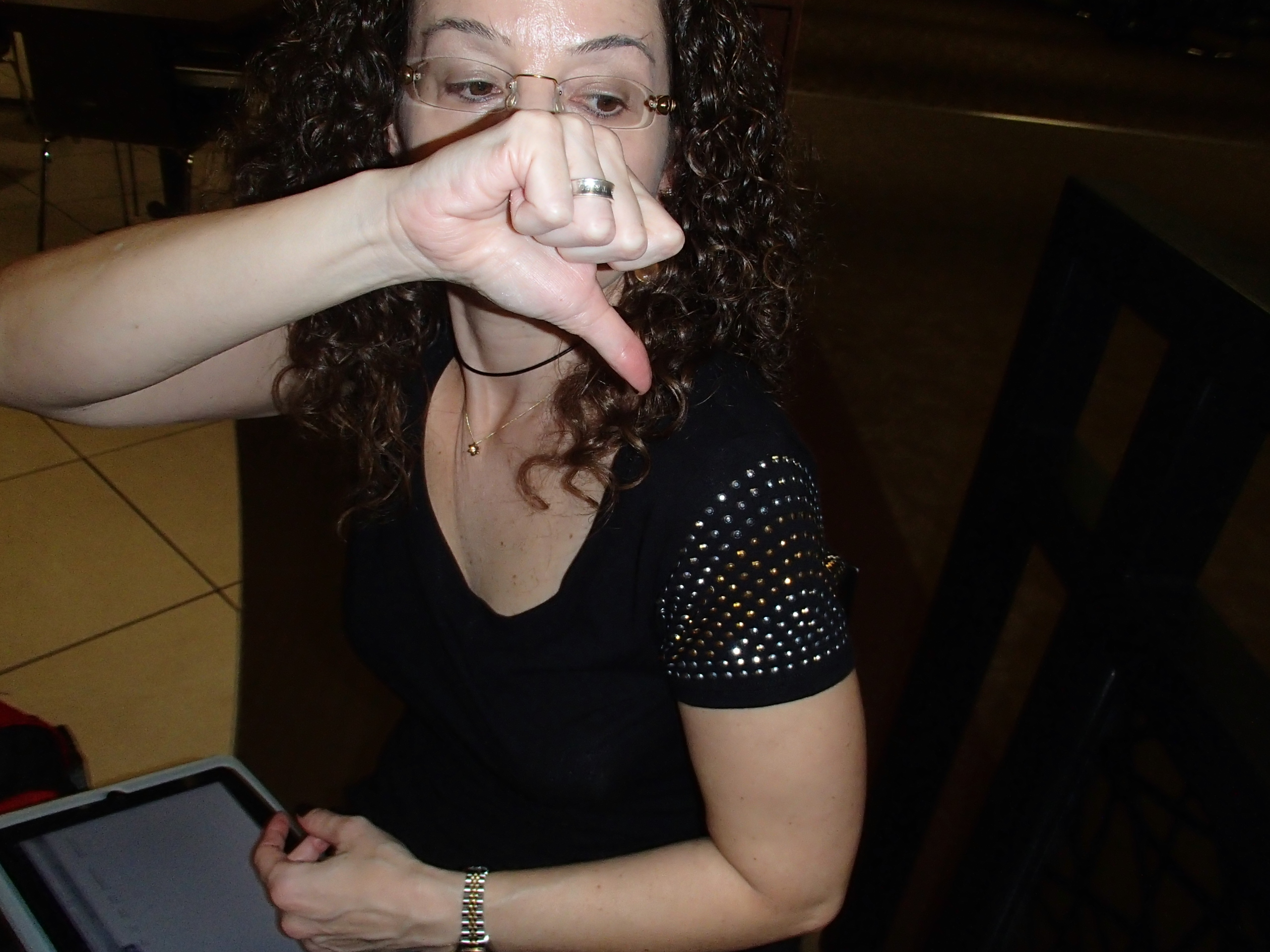 No bling at the airport

We are a bit disappointed with US Airways. The US Airways Club is no longer a first class lounge unless you are flying international.  Because our flight from Phoenix went to San Francisco, it didn’t count, even though we were connecting to an international flight.  But, what about this… when we flew first class from Phoenix to Jamaica last year for our anniversary, the agent said the Caribbean isn’t considered international for entrance into the Club (hmmm, so why did we need a passport?).

Getting There and Getting Settled

LONG DAY – to say the least. We left Phoenix at 8:45 AM Friday and arrived in Seoul on Saturday at 5:00 PM (Seoul is 16 hours ahead of Phoenix). Although the Asiana flight was comfortable in business class and the food and service were great, we were exhausted. It took a full day of rest to recover. 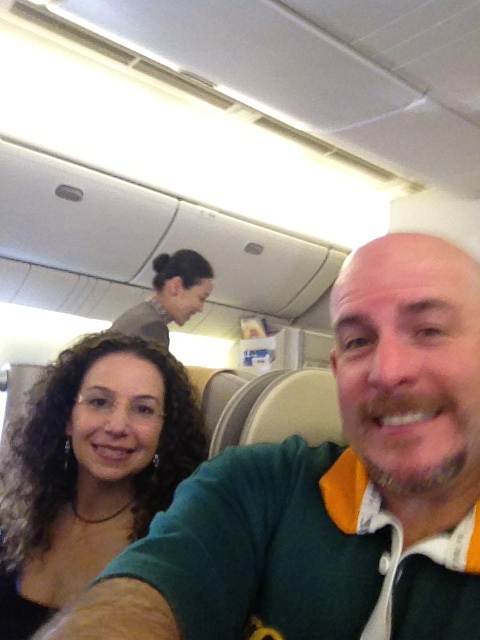 Maybe it was jet lag or maybe we were brain dead from selling the house and packing, but we didn’t follow several of the things we knew we should do upon arrival in Seoul. We forgot to print a map of the hotel in case we couldn’t get Internet at the airport (which we couldn’t). We didn’t research transportation to Seoul or how far it is from the airport. We didn’t look up the conversion rate or tipping customs in Korea.  But we did ignore the friendly guys who approached us to ask if we needed a ride and found the taxi stand.  Michael put his translator in the trunk of the taxi, so we showed the driver the name and address of the hotel on our Tripit app. The driver did not speak English, so he could not read the address. We told him the hotel name and street and he repeated the hotel name, so with a lot of faith, we said ok, let’s go.

Inchon Airport is about a one-hour drive from Seoul. As we checked out the scenery, we hoped we were going to the right place. There are two Fraser Suites in Seoul and luckily the driver took us to the one in Insadong where we had a reservation – success!  Fraser is an extended stay serviced apartment in an awesome location. Stay tuned for a link to a full review on Tripadvisor. 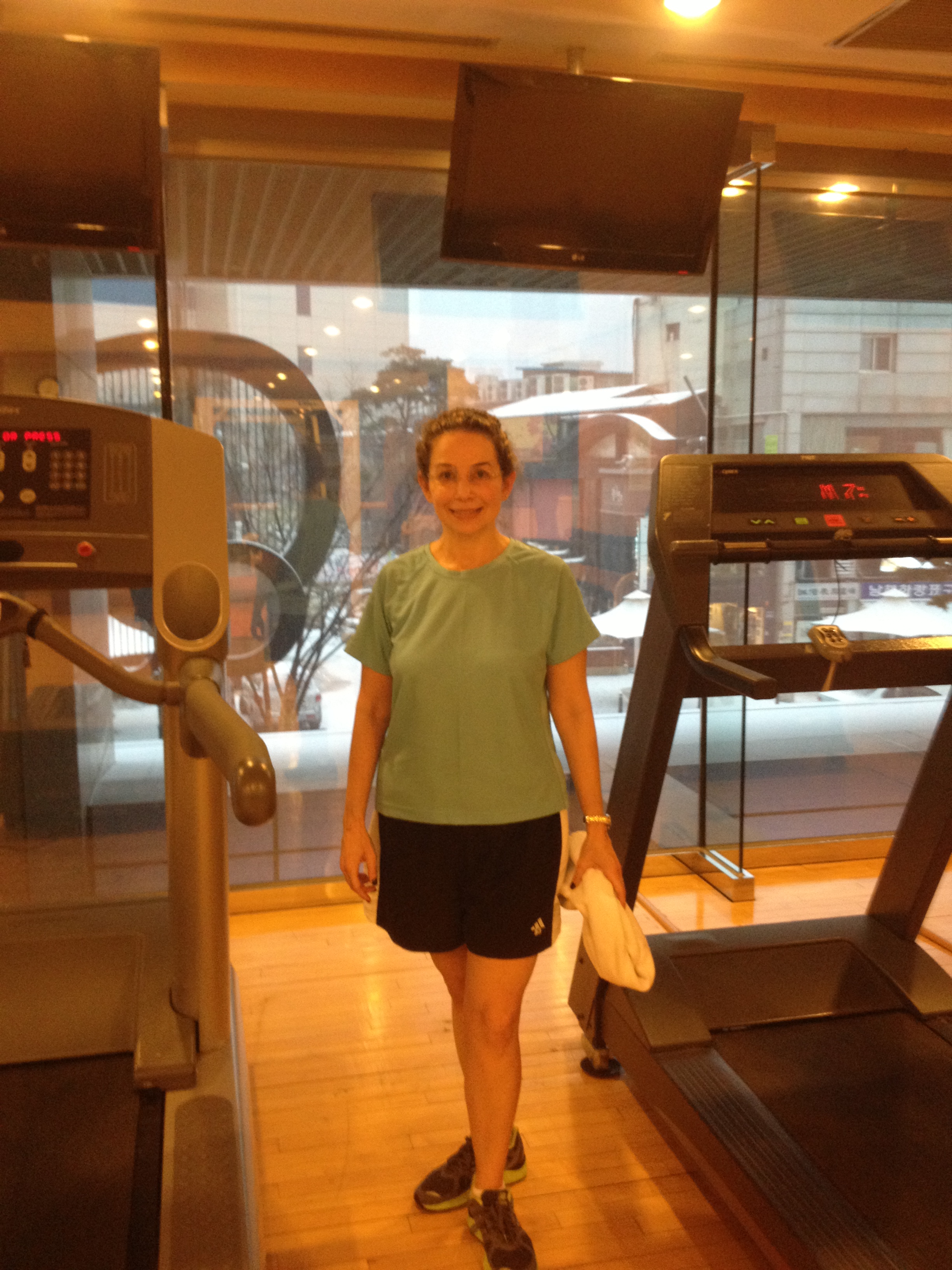 Just finished a run on treadmill 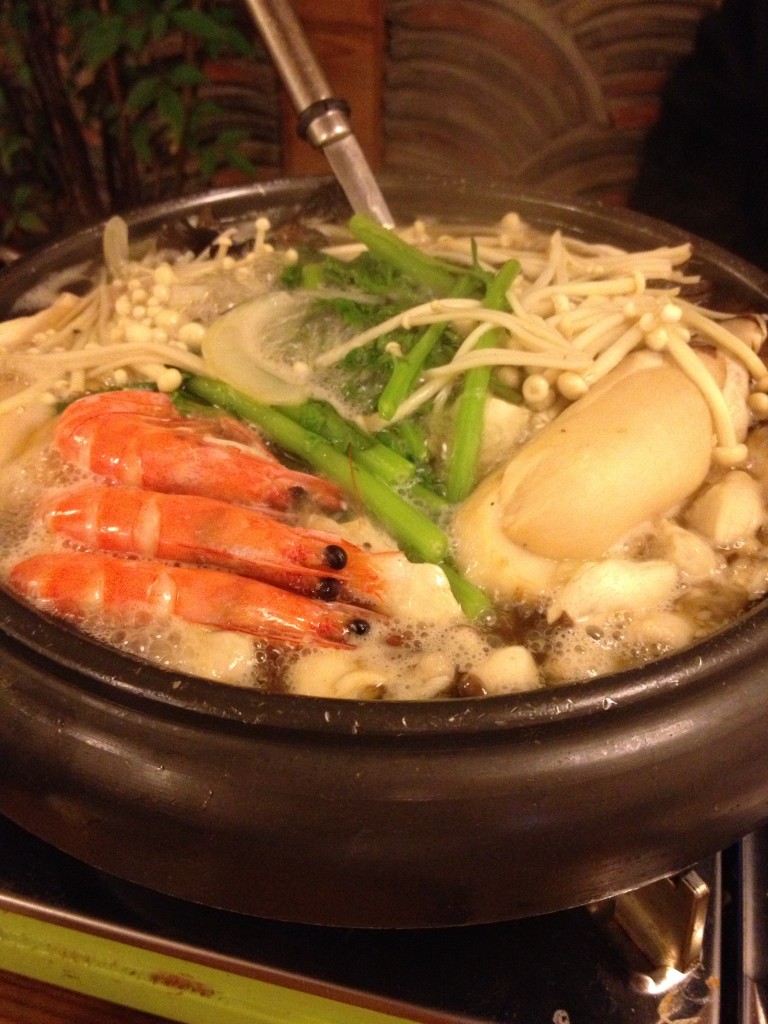 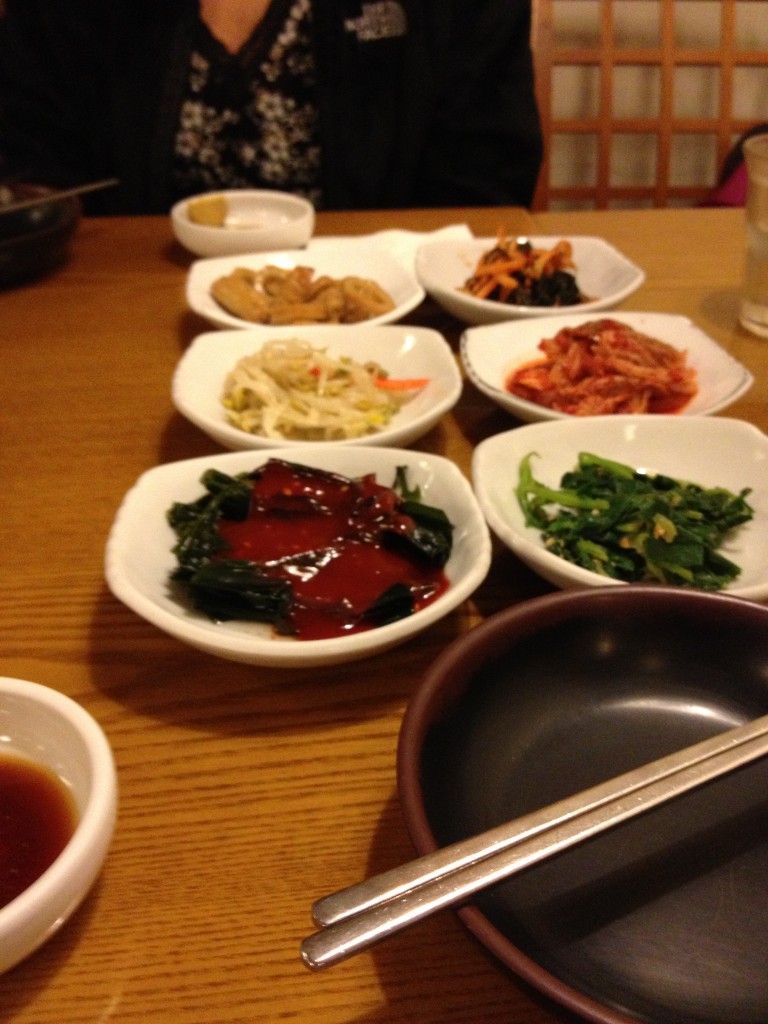 On Sunday, after a lot of rest, we mustered up enough energy to hit the gym and go out to dinner.  After a quick walk in the snow, we stopped at a small restaurant and had an incredible giant hot pot with all kinds of mushrooms. Again – we hadn’t done our research and had no clue about table manners (where do we put the chop sticks), tipping, and doggie bags.

While lying around recovering on Sunday, Michael tinkered with our tech and figured out a few things.  He pulled the SIM cards from the iPhones, so we don’t incur charges and learned that by using any available Wi-Fi (there are hotspots everywhere) we can use the Internet, maps, tweet, and send and receive text messages (no images though).

Now that we are semi rested, we will do our research and spend the next few days checking out Ggyeongbokgung Palace, the National Museum, Dongdaemun Market, Bukchon Hanok Village, and of course the Gangnam district. Stay tuned…