Neither of us had been to Spain’s third largest city, so we stopped by to check it out. Since we only had three days and the steamy weather was not conducive to marathon sightseeing, we focused on a few of the more popular attractions.

The first thing we noticed about Valencia was the climate – it was warmer and more humid than Barcelona and Ibiza. The second thing we noticed was how quiet the city was (especially compared with incredibly crowded Barcelona). Many businesses were closed and some of the streets were nearly deserted. Maybe a lot of residents go to Barcelona in August…

City of Arts and Sciences

The City of Arts and Sciences is a two kilometer stretch of the former River Turia (now a dry riverbed) with five really cool modern buildings, public outdoor spaces, and water features. We visited the Príncipe Felipe Science Museum and Oceanogràfic. Along the way, we passed by some beautiful graphic arts at the Red Bull Collective Art Exhibit. 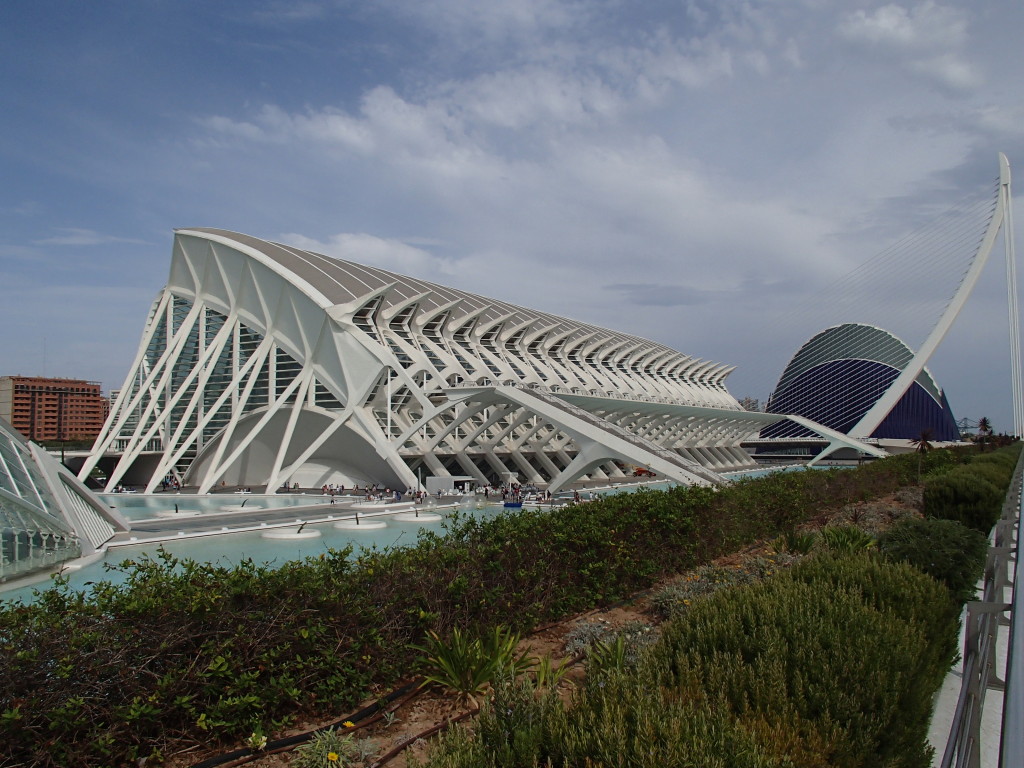 The Principe Felipe Science Museum has a wide range of exhibits that focus on science, technology, and the environment. Michael liked the bicycles and Nobel Prize winner exhibit (although the text was in Spanish, so we could only understand some of it). As we have been watching a lot of the Marvel movies lately, Lori really dug the Marvel exhibit (although, it doesn’t seem really seem to be science-related). There were graphic prints of comic book covers and the characters, along with giant models like Hulk and Iron Man. 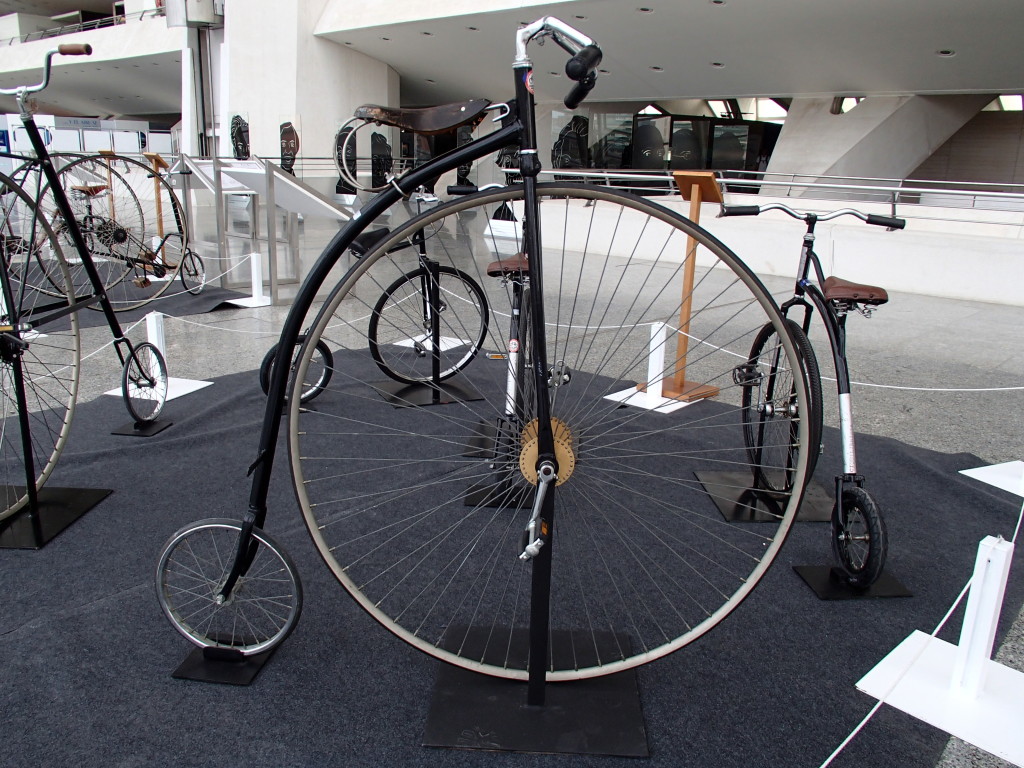 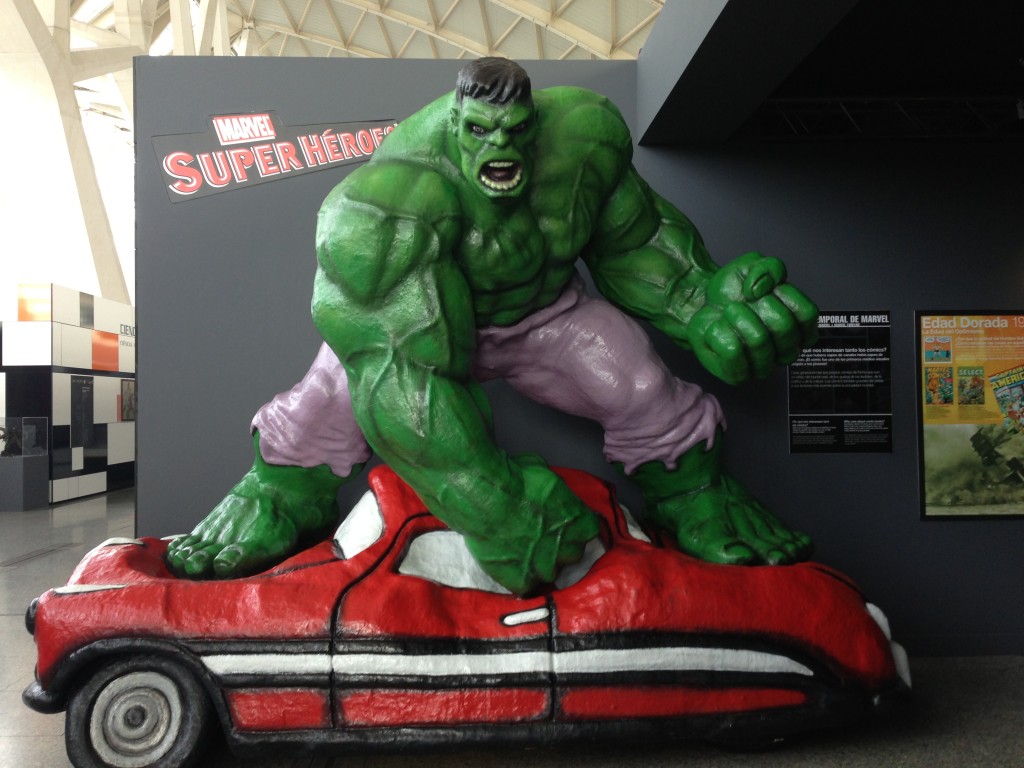 Although we are not really into the drink, Red Bull does some creative and interesting marketing events. They did a Flugtag by the Bhosporus River when we were in Istanbul. The outdoor art exhibit at the City of Arts and Sciences had a wonderful collection of graphic prints from artists around the world. 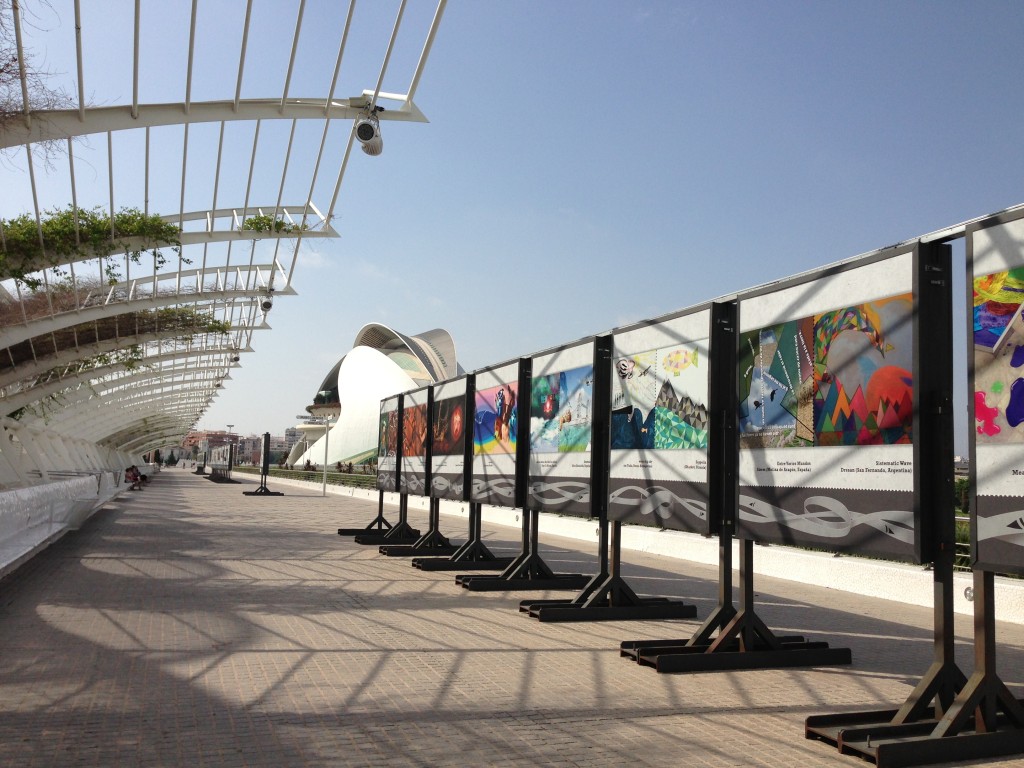 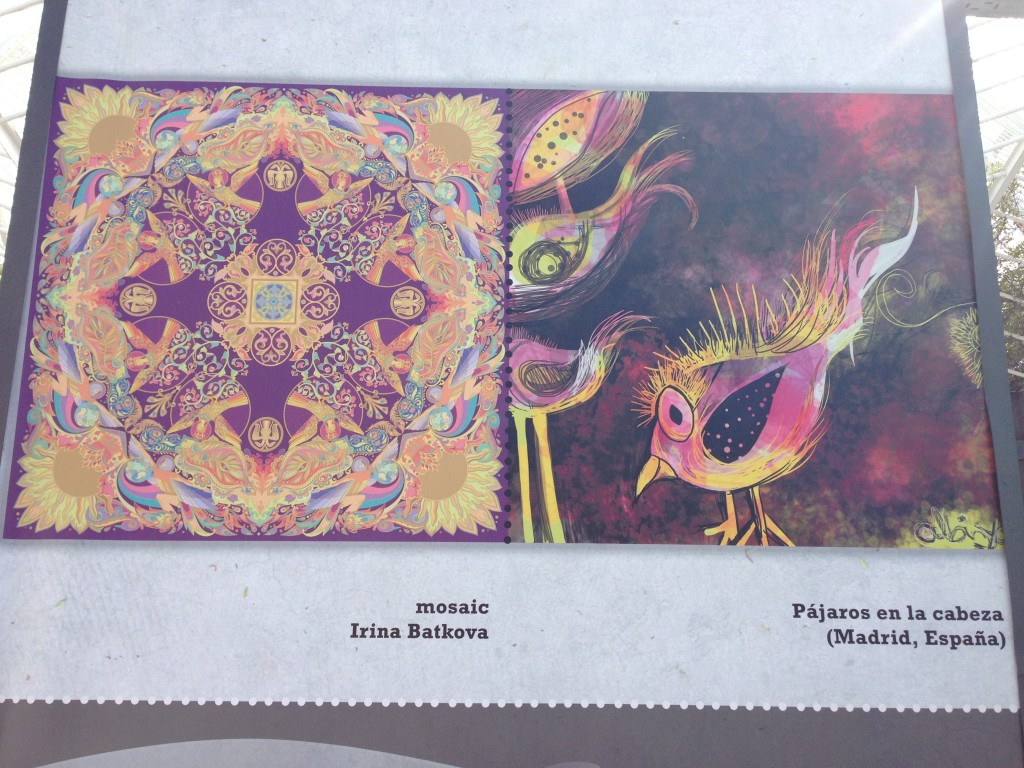 The Oceanografic is the largest aquarium in Europe. It is big, and it has a big entry fee to match (about $37 per person). Inside, you can see a wide range of aquatic life. The exhibits are arranged by geographic region like Mediterranean, tropics, arctic. In addition to fish, there are sea lion, birds, penguins, and more. We liked the beluga whales – very cute, but it seemed like the enclosure was small for their size (not that we know anything about caring for sea life in captivity). 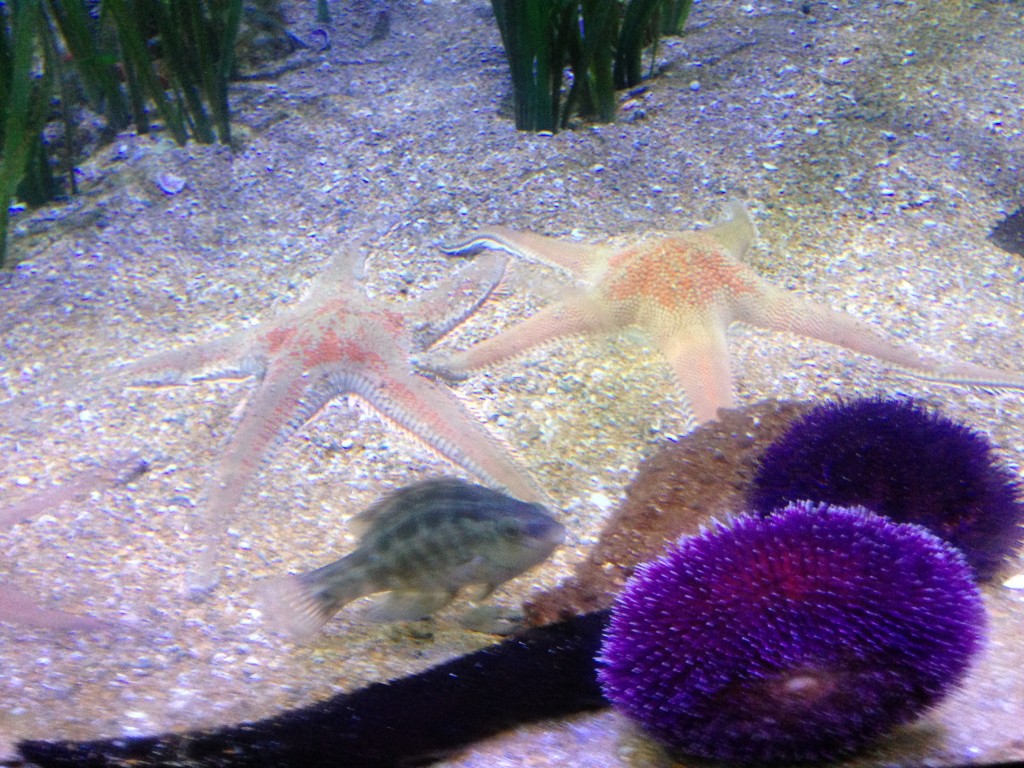 Valencia’s old town was not as quaint as others we have visited like Girona and Barcelona. But there were some nice buildings like the Cathedral of Valencia and Miguelete Bell Tower. 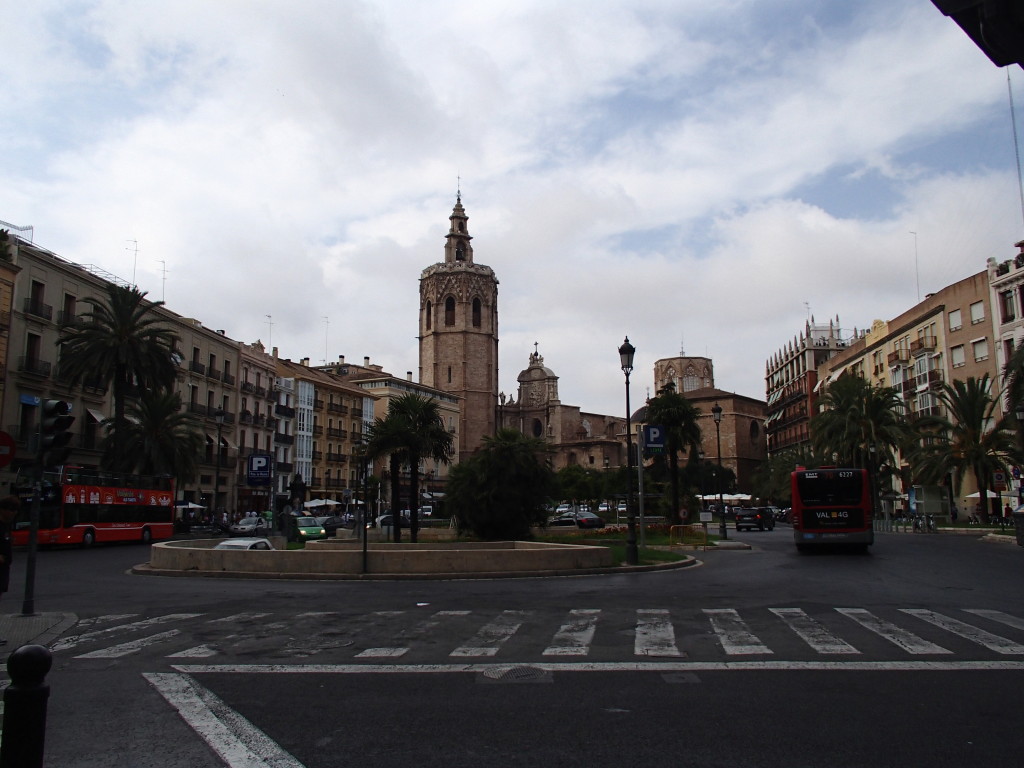 The National Ceramics Museum Gonzalez Marti is in a beautiful former 15th century palace. In addition to tiles, medieval ceramics, and modern works, there are several elaborately decorated rooms and 18th century carriages. 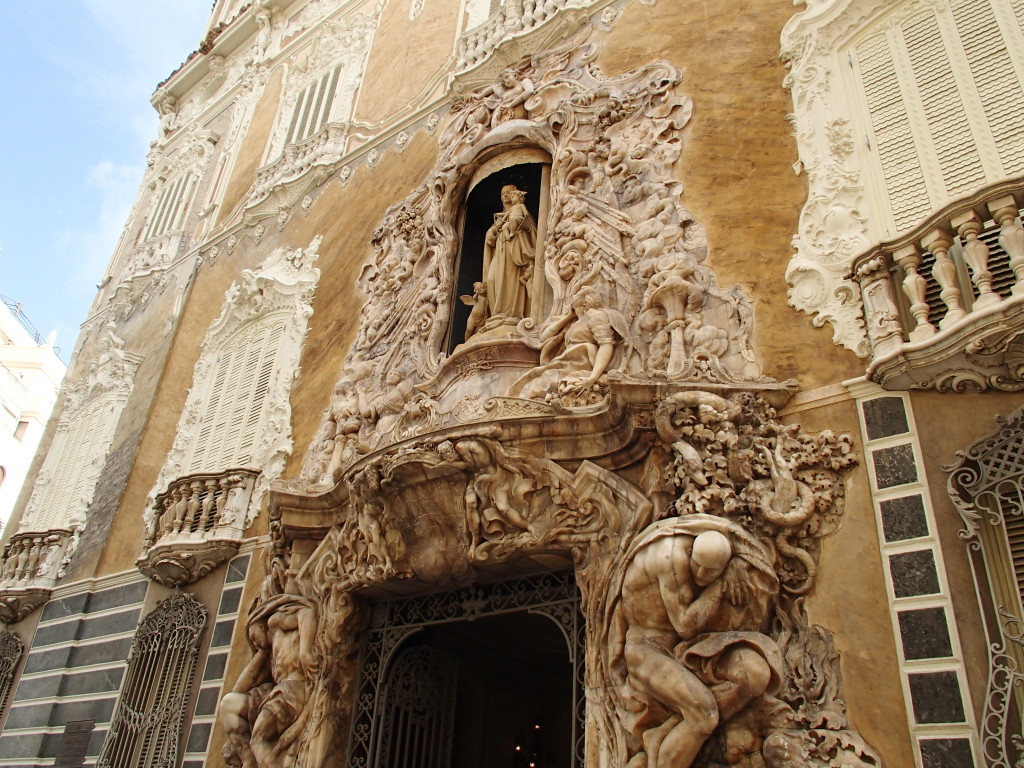 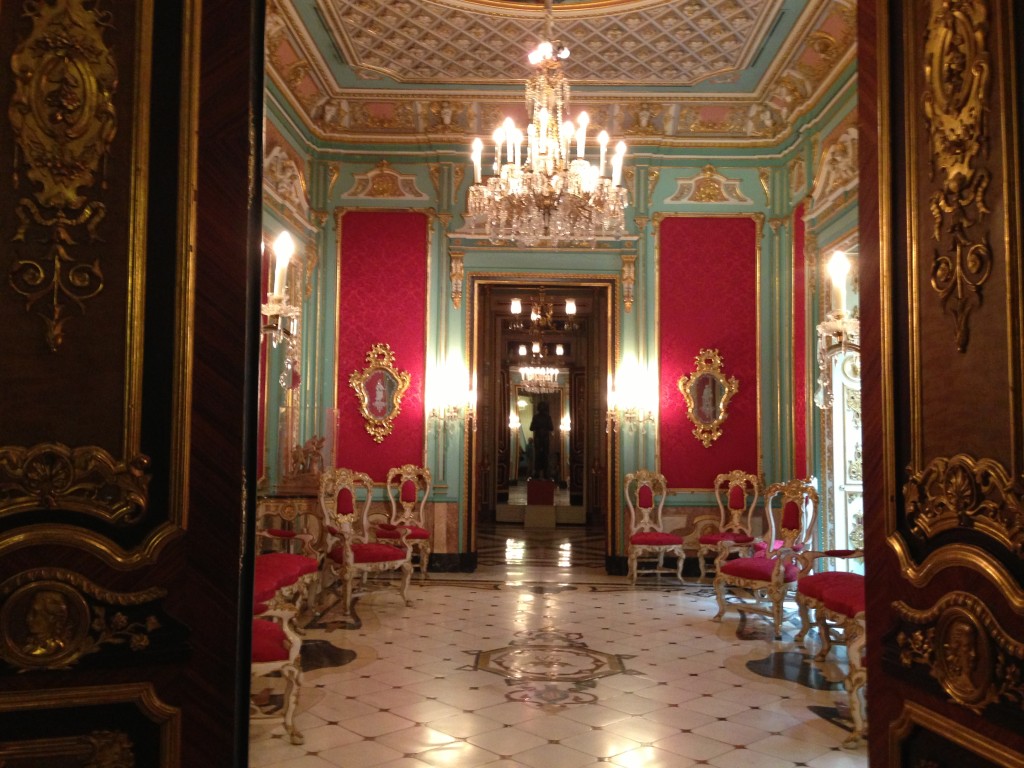 On Calle de Sorni there are several cute clothing and jewelry shops, including jeweler Joaquin Berao. Nearby, in the streets surrounding the Colon metro stop, there is a Corte Engles and several name brand stores. For ceramics, Artesania Yuste on Placa Del Miracle Del Mocadoret in old town has reproductions of some pieces in the ceramics museum. Next door, there is a ceramics studio with no name that has some cute pendants on leather cords. 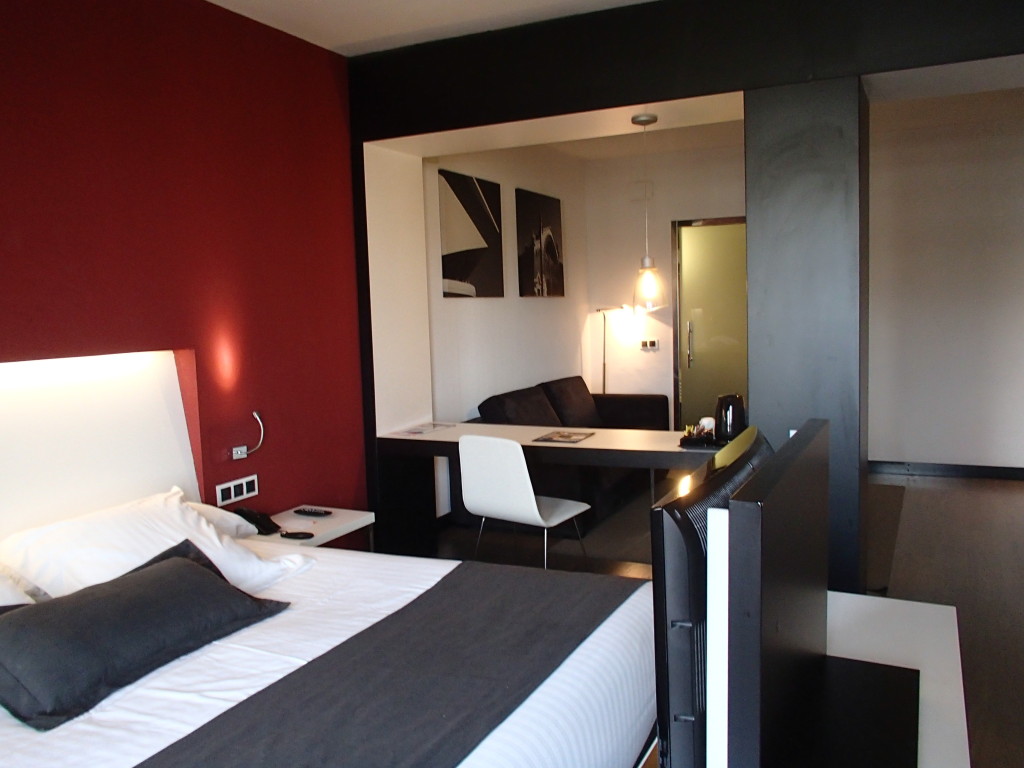 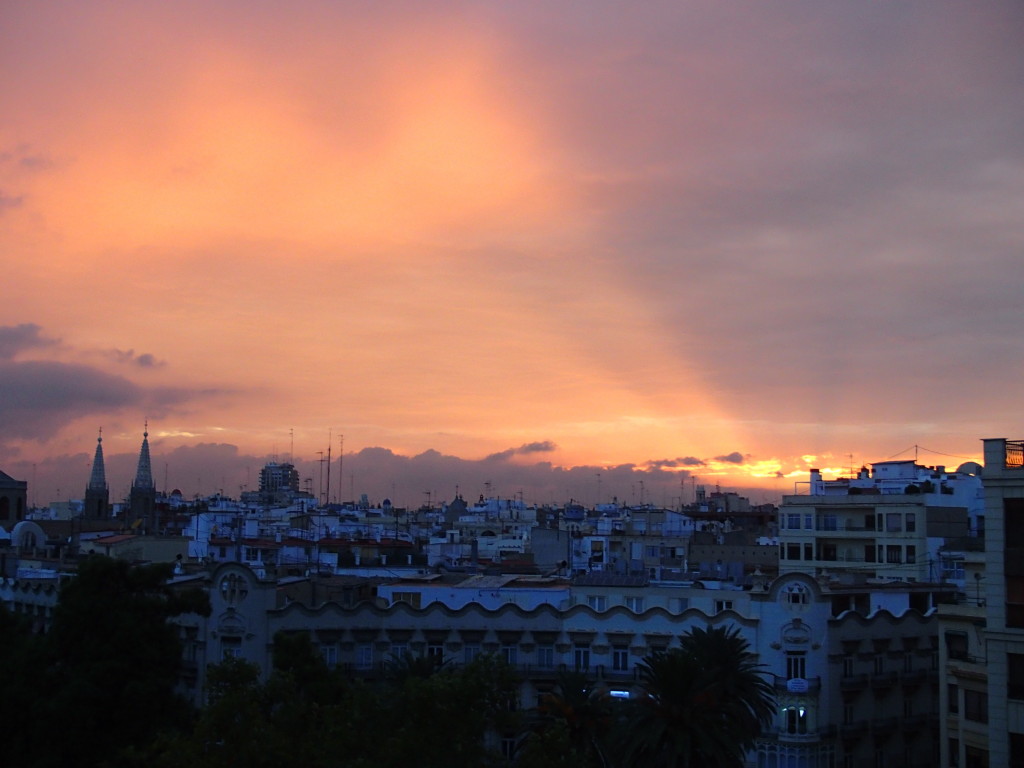