Check out temples, museums, galleries, shopping, yummy food and snacks at the Night Bazaar, and great nightlife in this vibrant northern Thailand city.

Chiang Mai is the second largest city in Thailand, but it is a lot smaller and less hectic than Bangkok. The typical way to get from the Golden Triangle to Chiang Mai is by bus. We took the Green Bus from Chiang Sean and it was a fine way to travel. For 210 bhat per person (around $7), we rode in a large air conditioned coach with a toilet. An attendant served bottled water and snacks and they even played a movie. The trip took five hours – we stopped at three bus stations and two police checkpoints along the way. At the bus station, we grabbed an open air taxi for a fifteen minute ride to the hotel.

There are about 300 temples in Chiang Mai! We checked out just a few.

Wat Chedi Luang
This is a very active place with a really cool ruin (with elephant sculptures), a main temple, and several small temples. The coolest part was the Monk Chat. During designated hours, you can chat with a monk about anything. 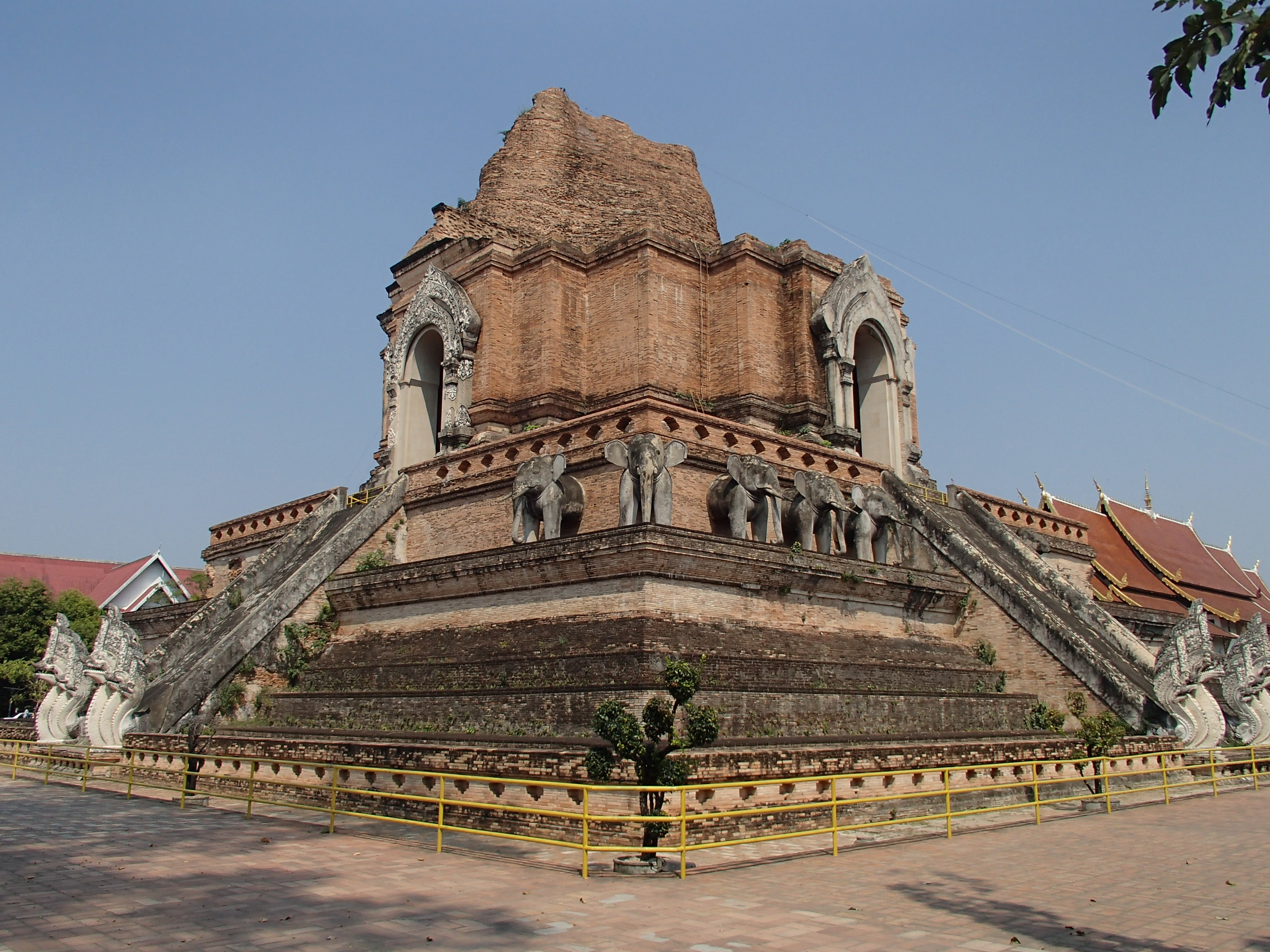 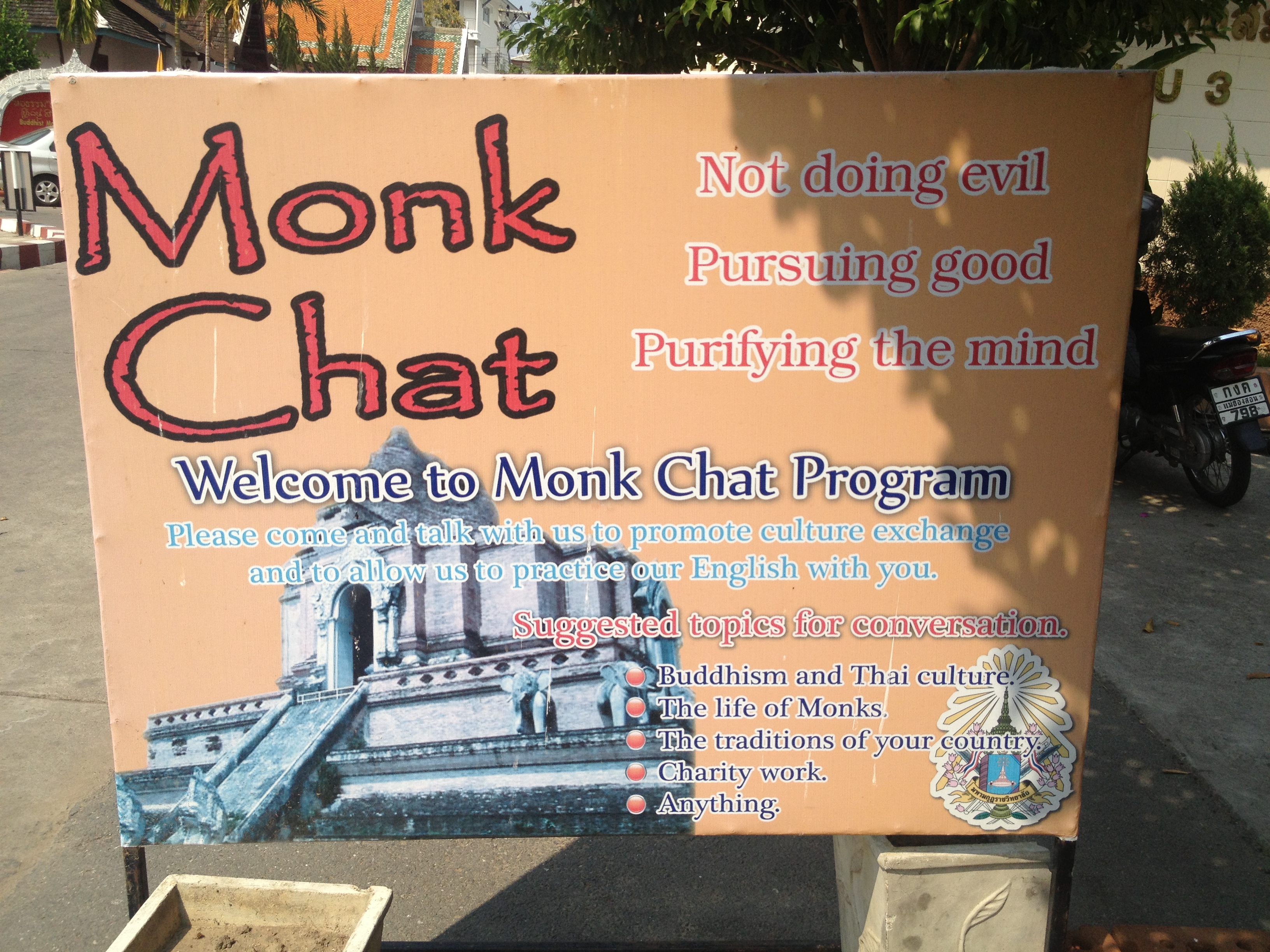 Wat Ket Karem
This temple’s birth sign is the Chinese year of the dog, so there are lots of dog statues and figurines around the building. The main reason to visit is to explore the museum with an eclectic collection of religious art, shrines, ceramics, textiles, artifacts, and historical photos. 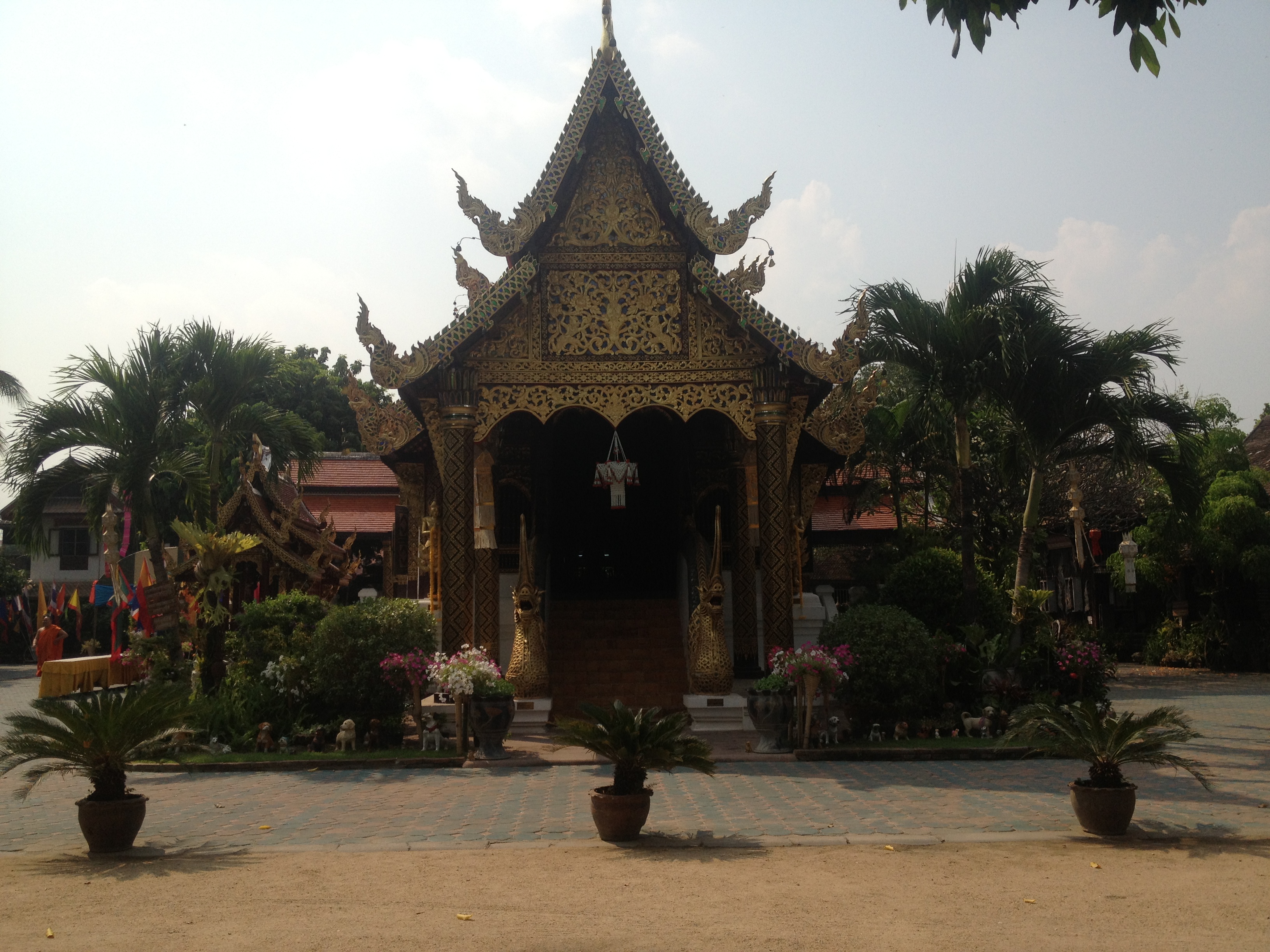 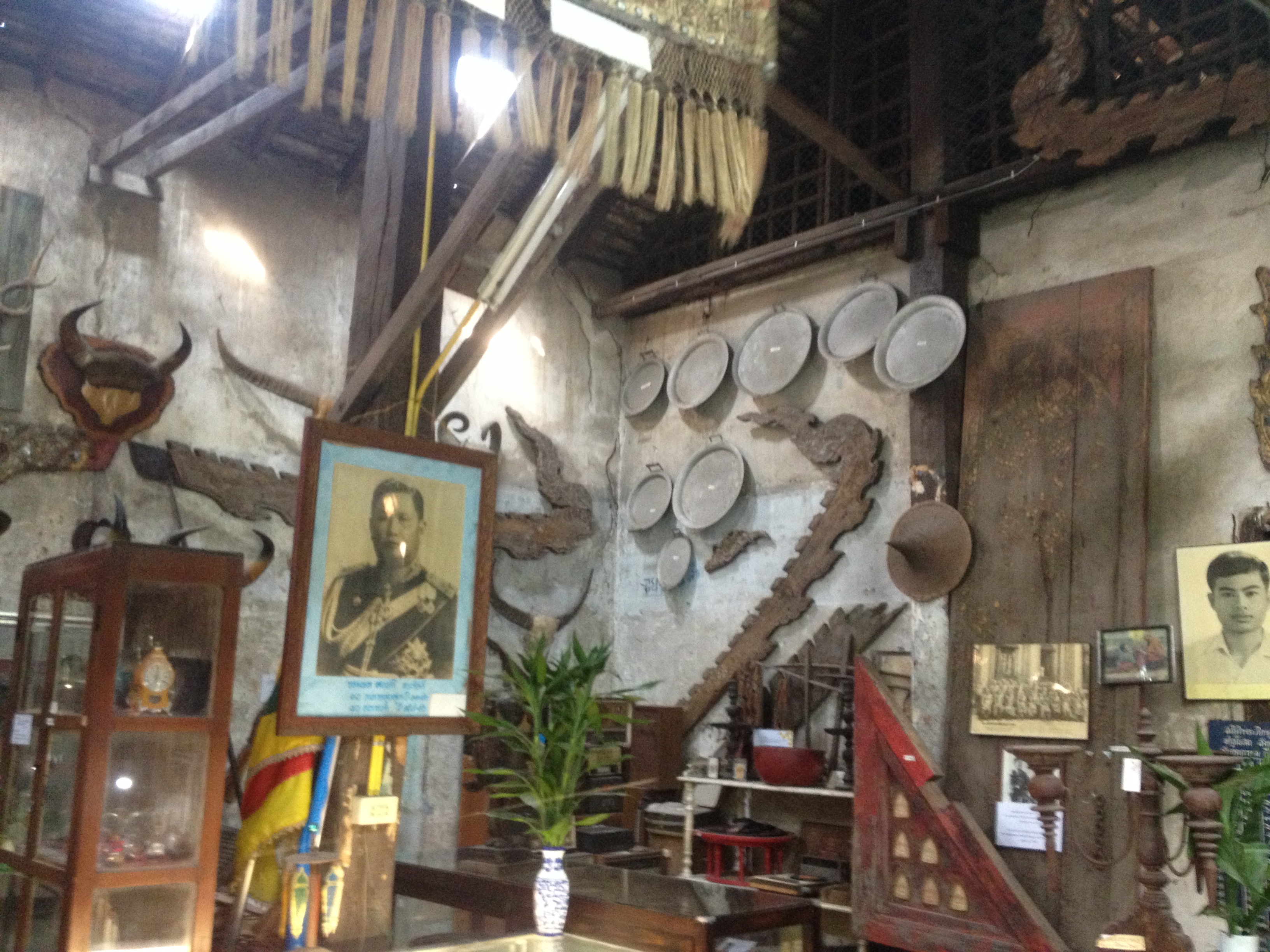 On Charoenrat Road along the bank of the Ping River, there are art galleries, shops, and restaurants with a river view. Lori got a cute wire wrapped necklace with blue beads at Crafitti. (Travel tip: this street is narrow and has no sidewalks. With the fast moving traffic and some blind curves, it is not ideal for carefree strolling – you have to pay close attention.) Loi Kroh Road is also a good place to browse jewelry, artifact, and bead shops. Alah Hilltribe Silver had a huge selection of beautiful hill tribe beads.

The Kalare Night Bazaar is touristy but fun. By day, the area is quiet and only a few stalls are open. In late afternoon, tons of little metal carts appear and the vendors set up shop. By night, the Bazaar is alive with blocks of vendors selling jewelry, handbags, shoes, t-shirts, beads, artwork, everything elephants, and Buddha art. You can even pick up a fake Rolex or Tiffany jewelry. The food vendors had a hug array of nuts, dried fruit, spices, tea, coffee, pork rinds, and fried worms, and some stuff we couldn’t identify. We found a favorite vendor, Pranee, and went back several days in a row – they even gave us a package of sweet rice cakes. The spicy cashews and dried strawberries were the best. On the top floor of a 3-story building, Arnut had an awesome collection of Asian-modern home furnishings. Had shipping not been a factor, we would have picked up a few pieces for our new home. 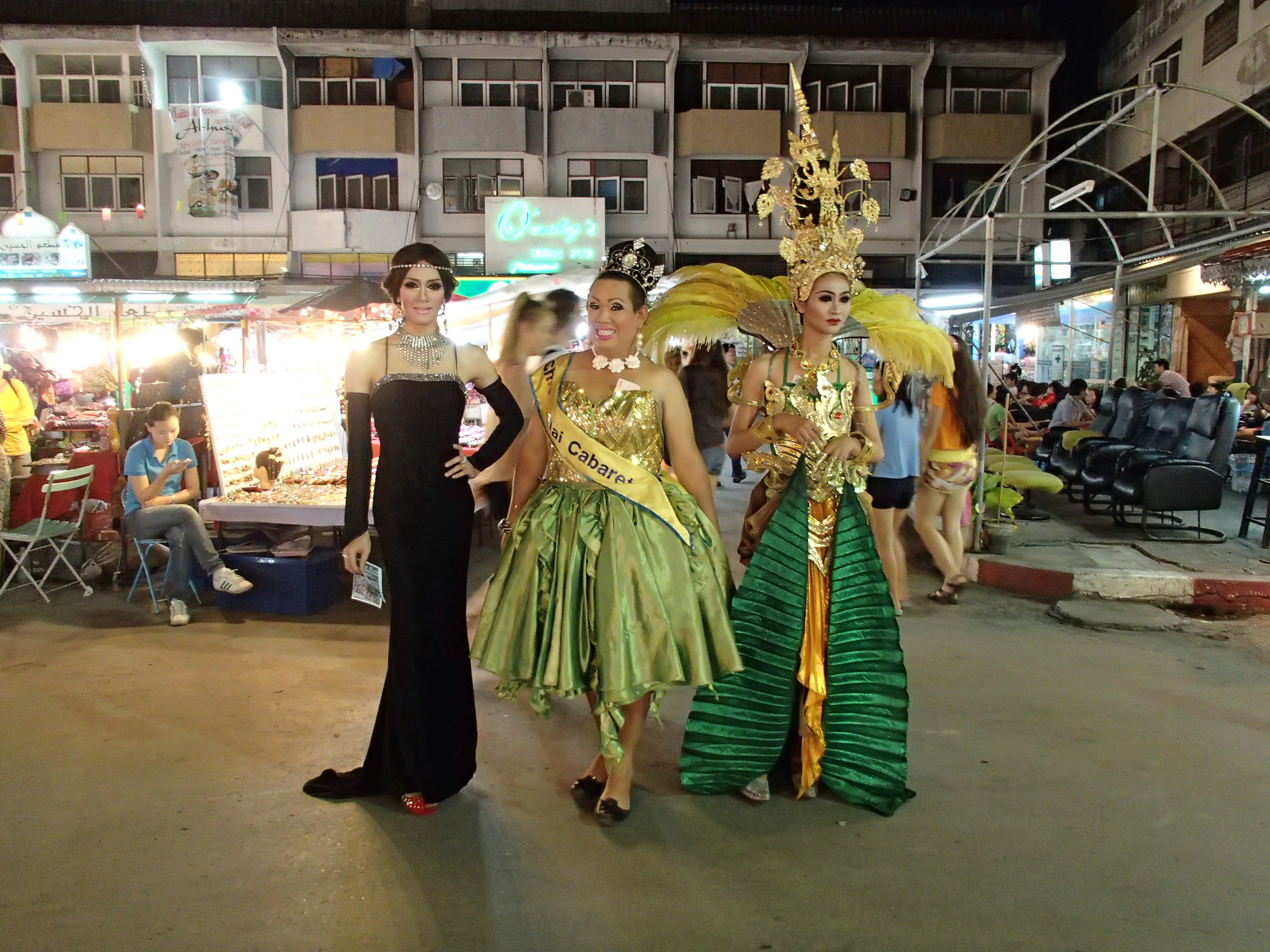 For dinner, we went to Lemongrass Thai nearly every night because they had cheap, yummy food. One night, we stopped at a nearby stall and Michael found some Buddhist scrolls. The employee had a puppy that was sooo cute. Michael researched the scrolls and we bought some rawhide treats for the puppy and returned on Sunday, but the stall was closed. 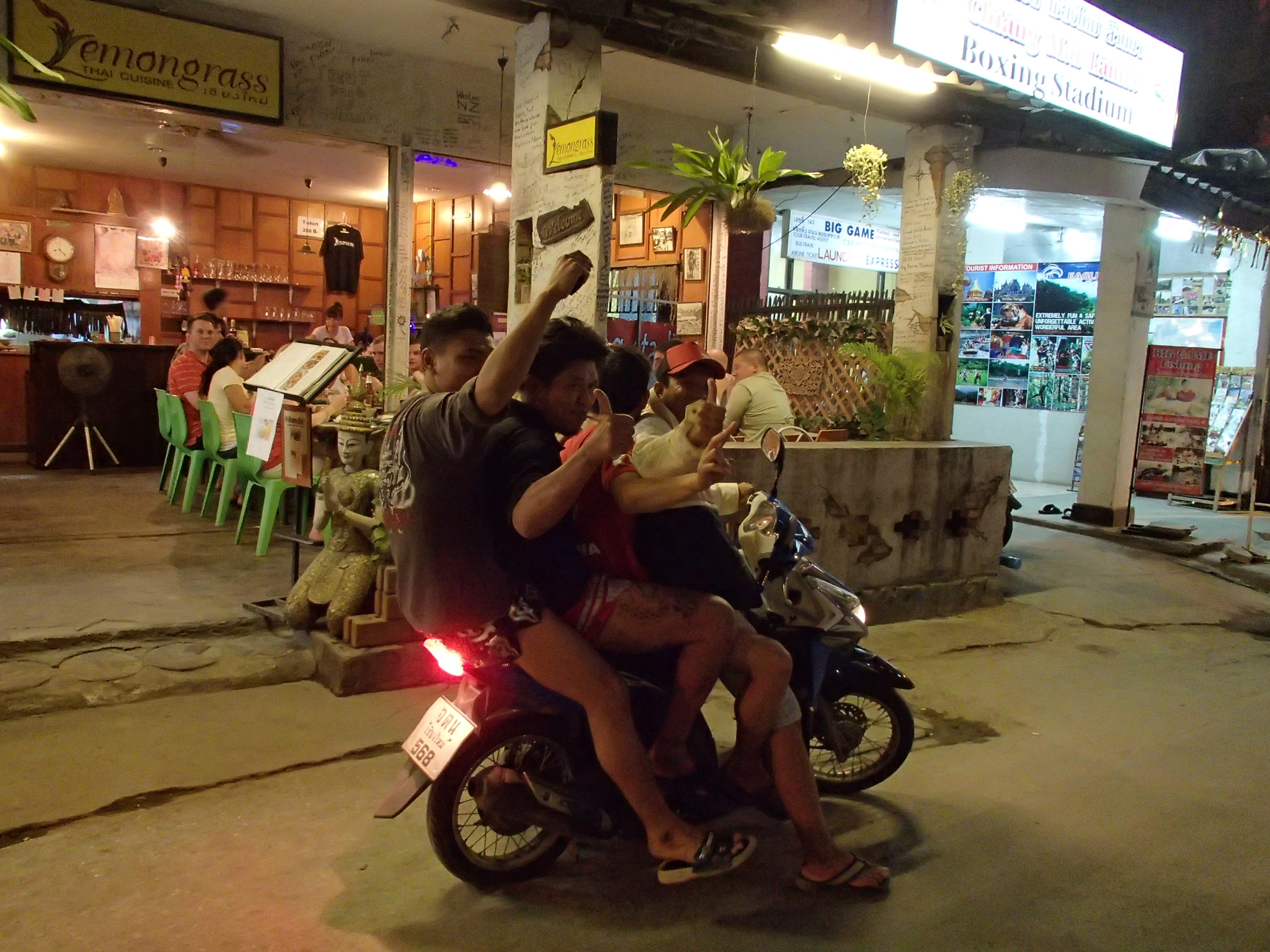 One night, we ventured a few blocks from the hotel and stumbled on a red light area. There was a long wide alley lined with little bars surrounding a courtyard with a boxing ring. Nearly all of the customers were western males. We hung out at a bar at the far end decorated with pink heart shaped balloons. They had a happy hour style table with munchies that included whole fish, complete with skin and head. Vendors walked around selling fresh flowers and Michael bought me two pink roses (awww). 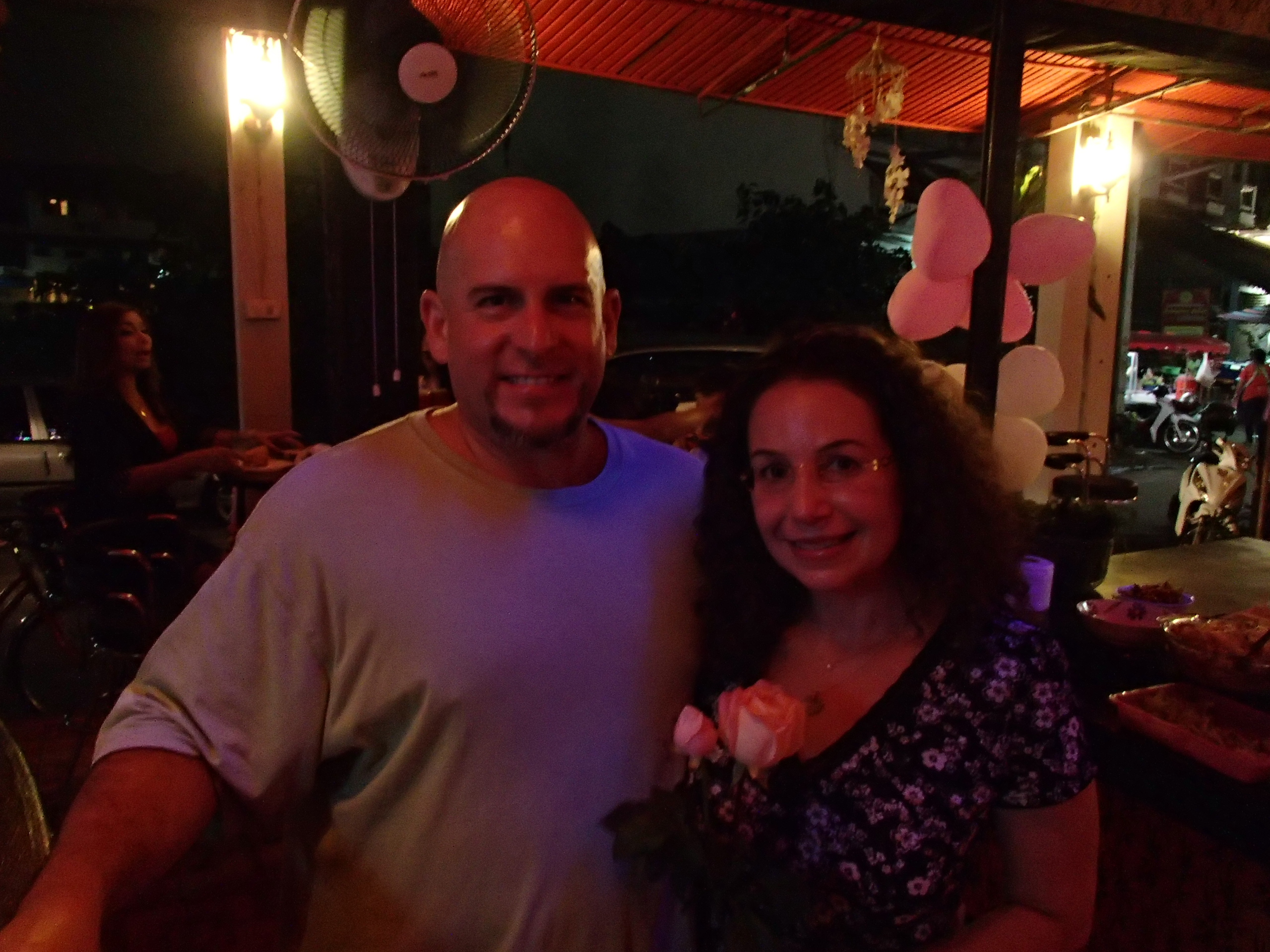 Being romantic at a red light district bar

Another night, we walked to the Ping River and had a drink at the Bus Bar – a bus turned restaurant kitchen and dining patio. There were tables and chairs along the river and a few mosquito coils and a wide array of music playing on the speaker.

Chiang Mai is a small city with a lot going on. Compared with Bangkok, the temperature is a lot cooler and it is more relaxed. We only saw a small sampling of the city, but had awesome food and saw some interesting art. 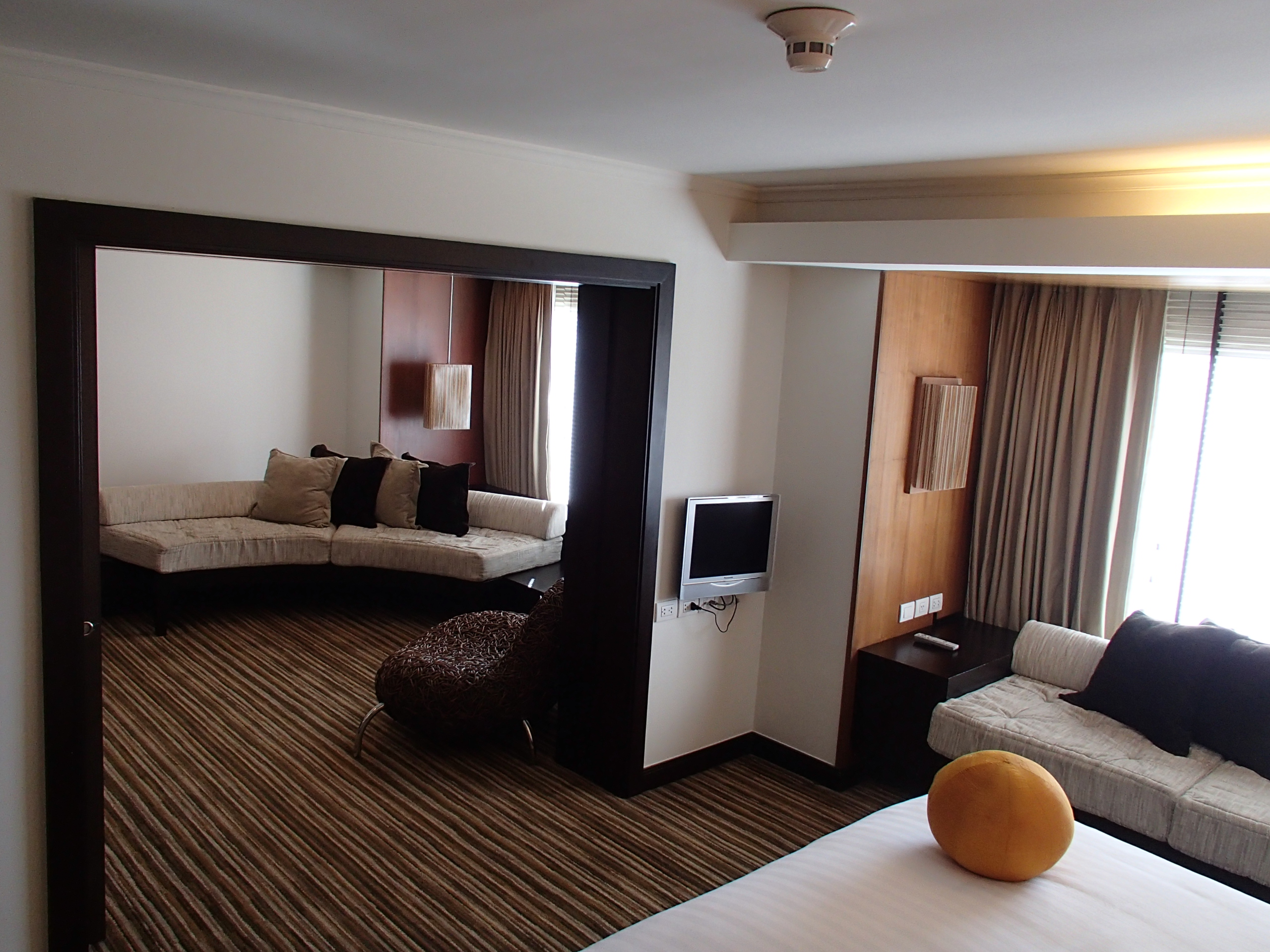 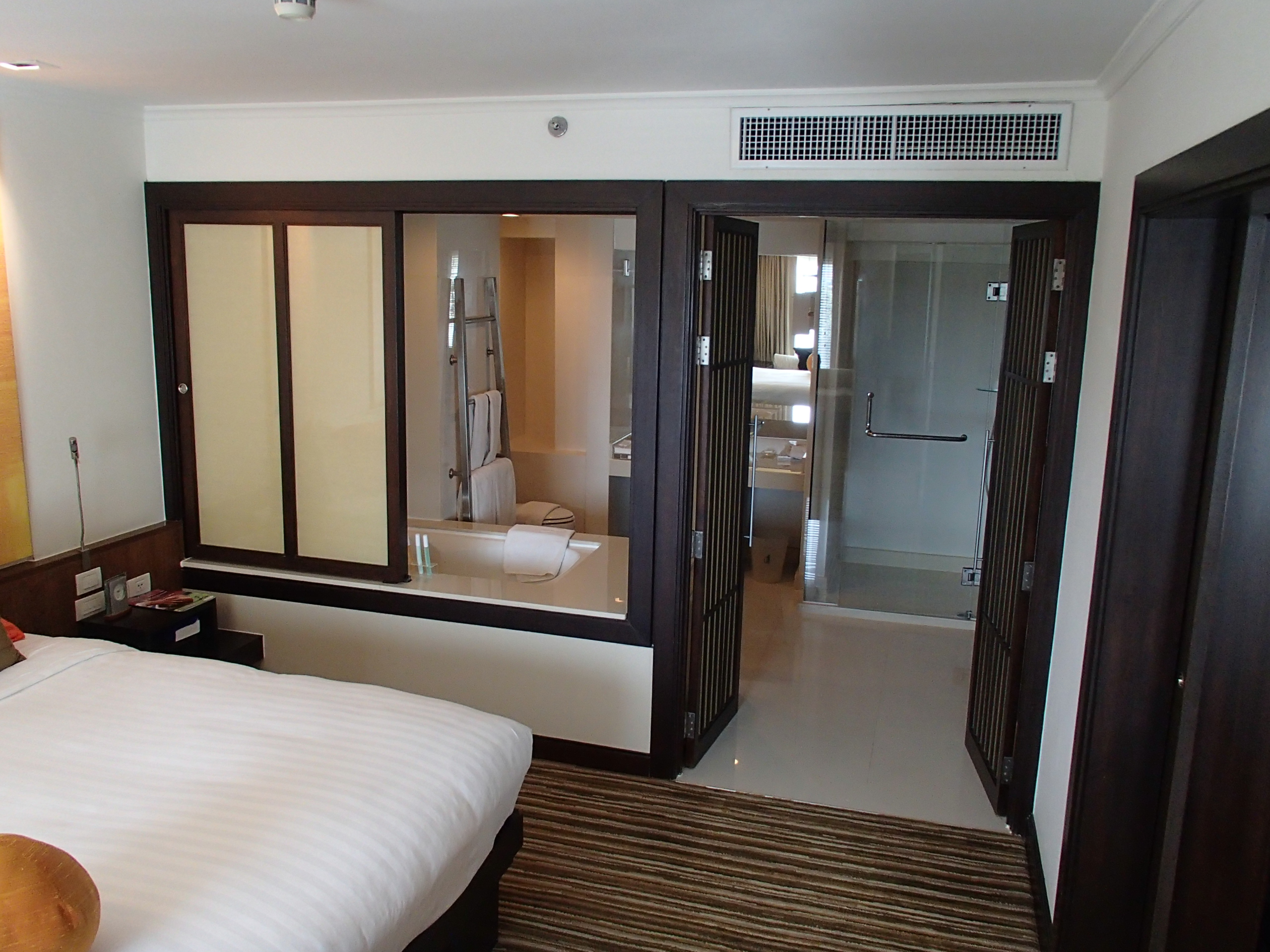