When we planned the world trip we tried to arrange it so we would be in each destination when the weather was mild. But it was inevitable that the timing would occasionally place us in less than ideal climates. South Korea was one of those times, and the only country where we would experience full-blown winter. As a result, we didn’t explore as much as we normally do because it was just too darn cold. But what we did see was interesting, and we enjoyed the short visit. 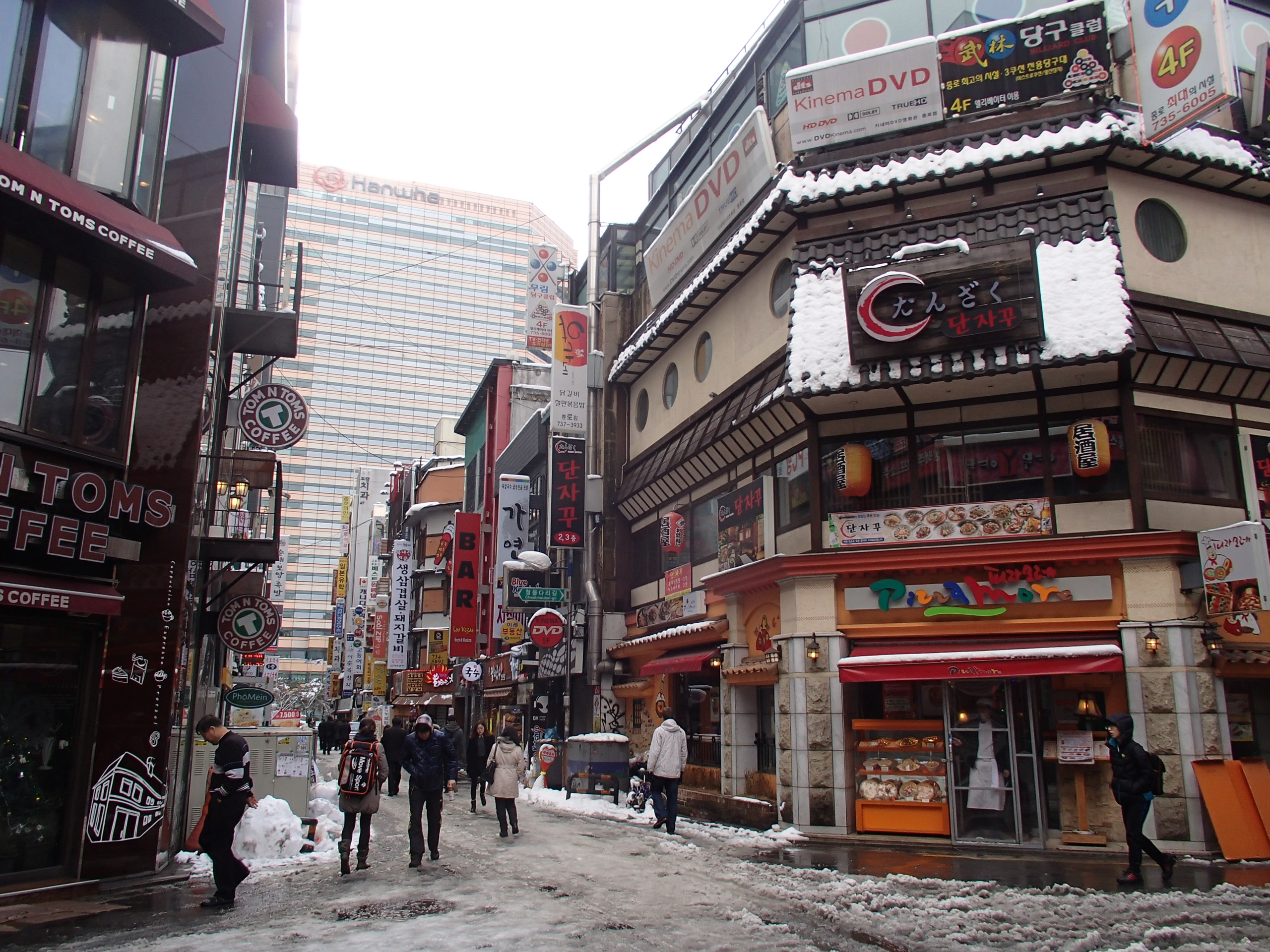 We stayed in a great neighborhood, Insa Dong, which is walking distance to Gyeongbokgung Palace, Bukchon Hanok Village, and several museums. The area has a lot of small art galleries and museums mixed in with shops (some too touristy), restaurants, and Ssamzigil – an outdoor four-story building with about 70 shops and restaurants. We stopped by Crown Bakery (123 Gwanhun-dong) a few times to grab some bread and green tea biscuits. Nearby is beautiful Jogyesa Temple, a Buddhist temple built in 1910. 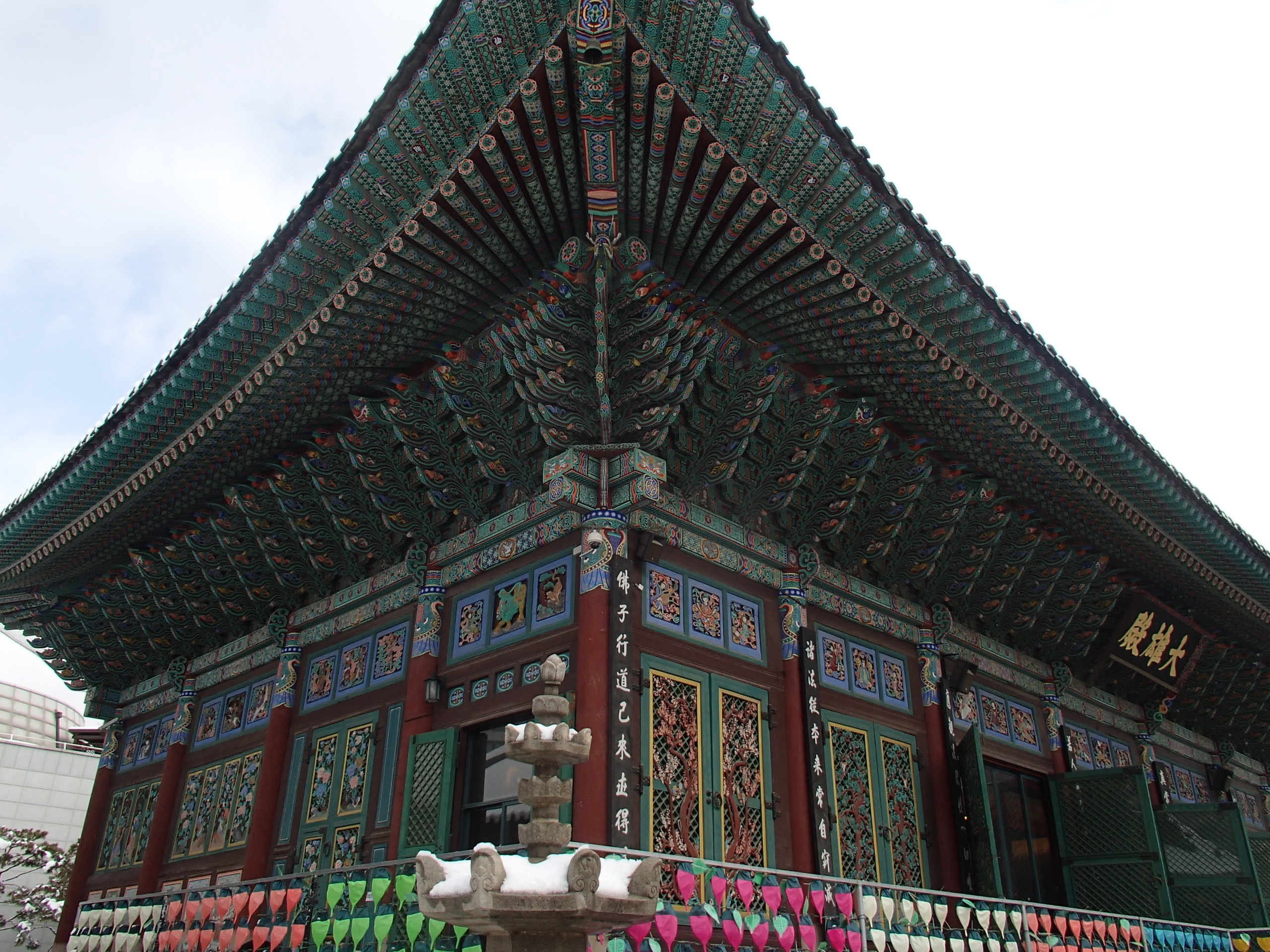 The Korean National Museum is a must see when you visit Seoul. It is a modern three-story building with enough galleries to keep you busy for hours, and admission is free. The special exhibition (not free) was art across America (funny – the first museum on our world trip had an American art exhibit). The glass and jewelry exhibits were really nice. (Travel tip: the metro line 1 Ichon station is right by the museum entrance.) 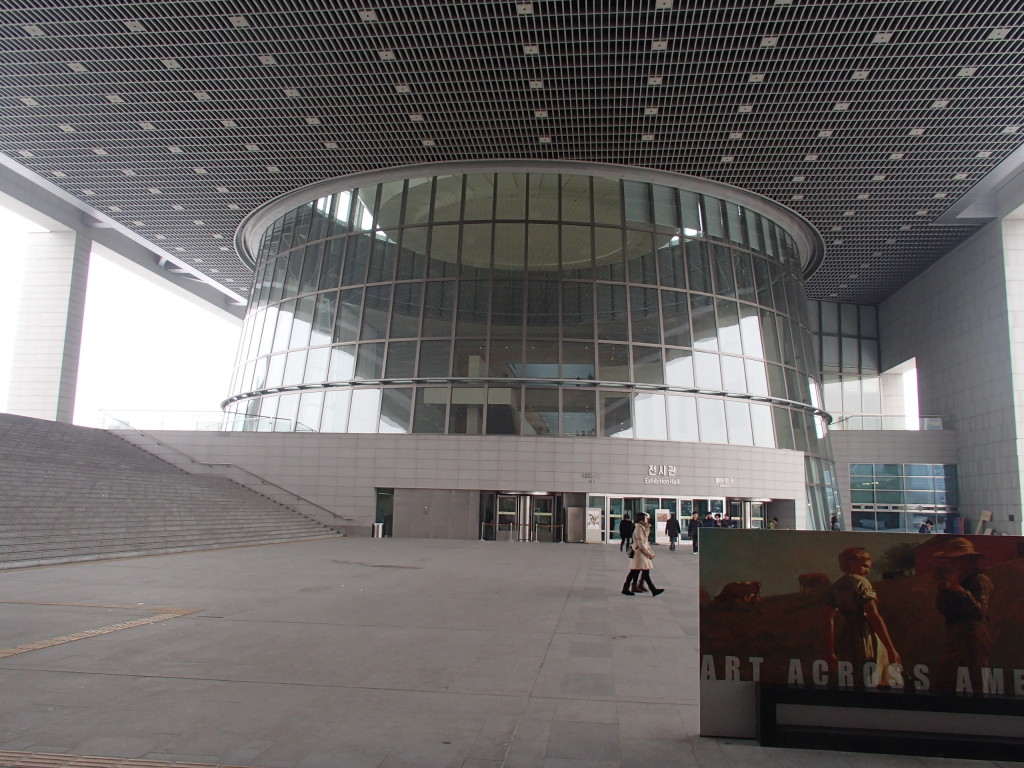 Yes, we figured we shouldn’t miss checking out Gangnam. Michael also wanted to visit La Colombe, a coffee house owned by Todd Carmichael the host of Travel channel show “Dangerous Ground”. His coffee company, La Colombe Torrefaction, supplies coffee for some of the best restaurants in the US. We took the metro from the Korean National Museum and ducked into Starbucks for some wi fi, and looked up the address over a warm drink (soy green tea latte – so yummy). Then the hunt began – in the snow. When we got to the location on the Google map, there was no La Colombe. We walked up a side street and looked around, and then a nice mail carrier offered to help. He called the coffee house, wrote the address in Korean, and suggested that we grab a taxi. Luckily the taxis in the area are the orange international taxis with bilingual drivers because we still had trouble finding La Colombe. After another phone call and a few turns on some side streets – success – and smooth, full bodied hot coffee! 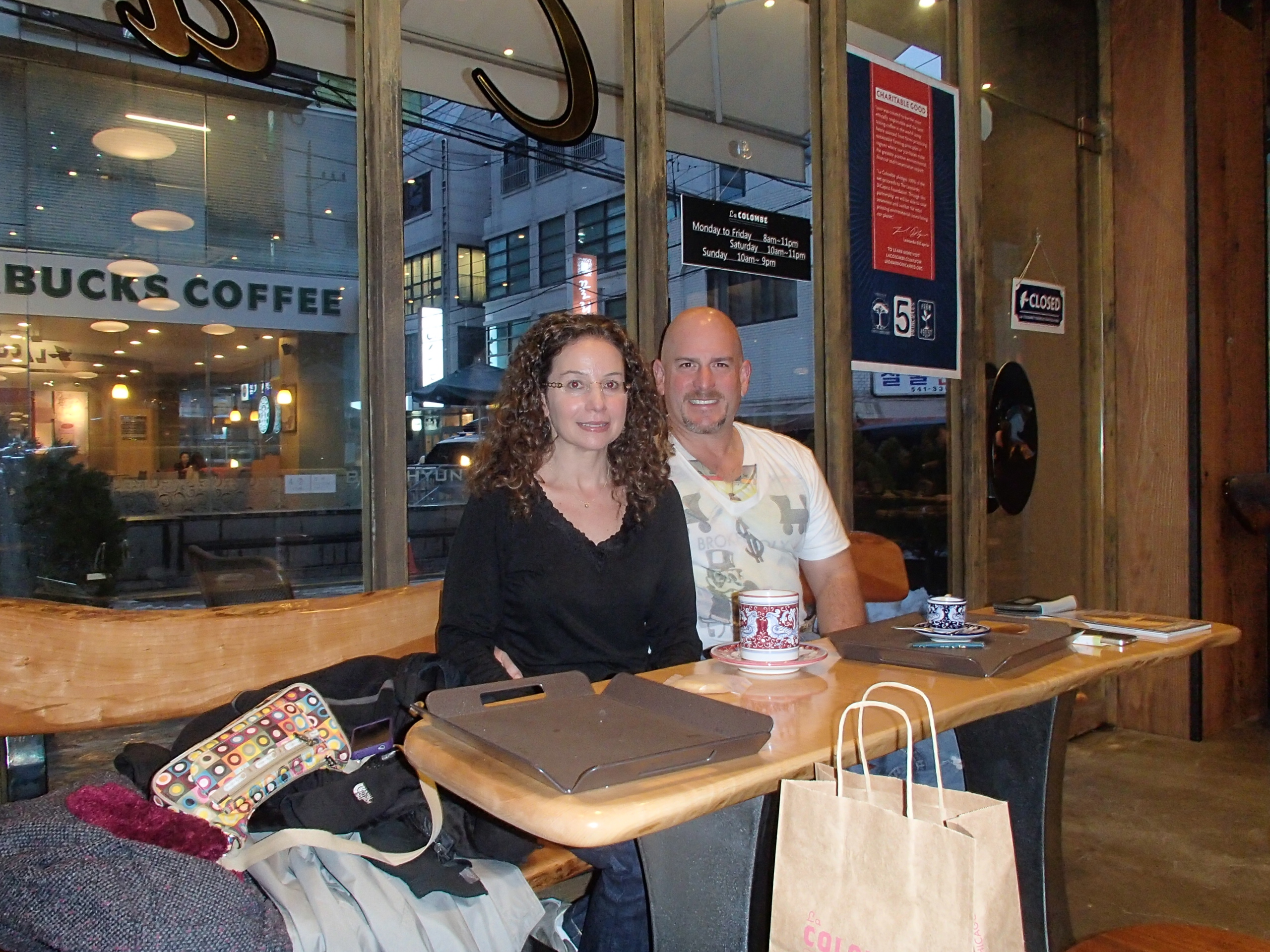 A ten minute walk from the hotel in the melting snow brought us to the Gwanghwamun area with Gyeongbokgung Palace and the National Folk Museum. The palace is a large compound of walls and small buildings that you view from outside. It would be a great place to explore in nice weather, but on this day it was a wet slushy mess. The snow melting on the rooftops dripped off like rain with occasional splatters. The history of the palace is interesting – it was built in 1395 during the Joseon Dynasty. In 1592, the Japanese burned it down and it was not rebuilt until 1867. Then in the early 1900s, during another Japanese occupation, the place was torn down. In 1990 restoration began and finished in 2010. 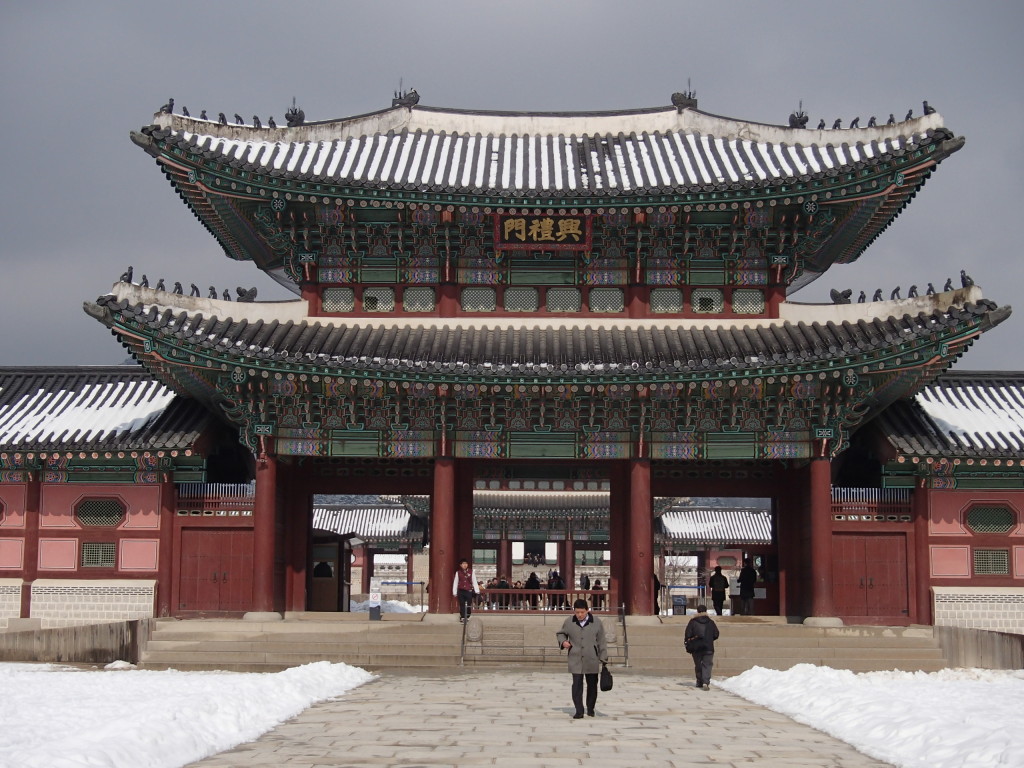 The adjacent National Folk Museum was the perfect place to warm up and view some great exhibits about Korean history and culture. There was also a special exhibition on Asian wedding traditions with pretty clothing. Lori thought the village guardians were really interesting. 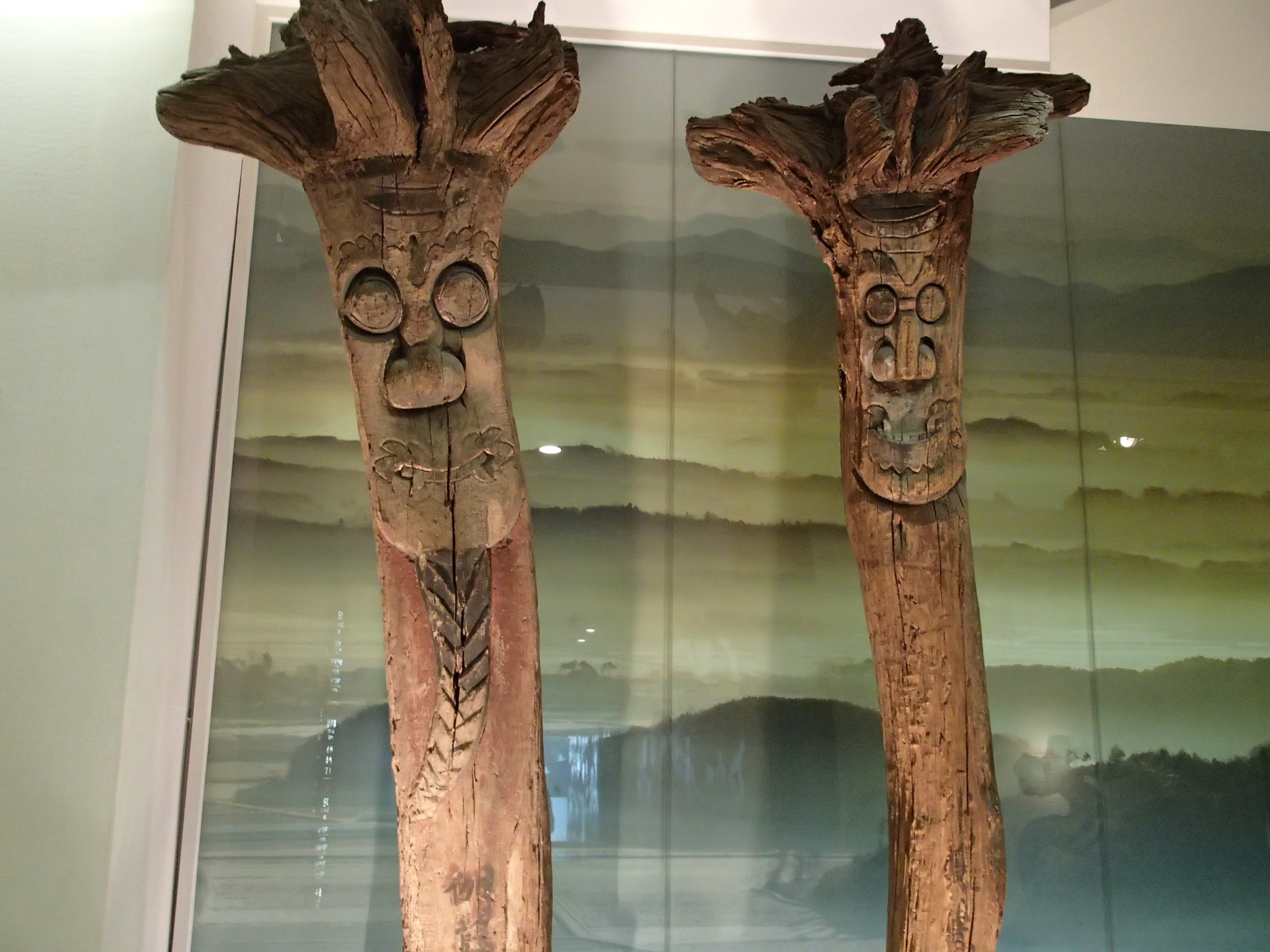 From there we headed to the nearby Bukchon area to the World Jewelery Museum, which was closed for renovations. Michael grabbed a quick bite to eat at Jaws, a cheap fast-food type place with a small but tasty menu. We strolled around the very cute neighborhood with small clothing boutiques and jewelry stores for a short time (had it not been so cold, this would have been a great place to spend a few hours). 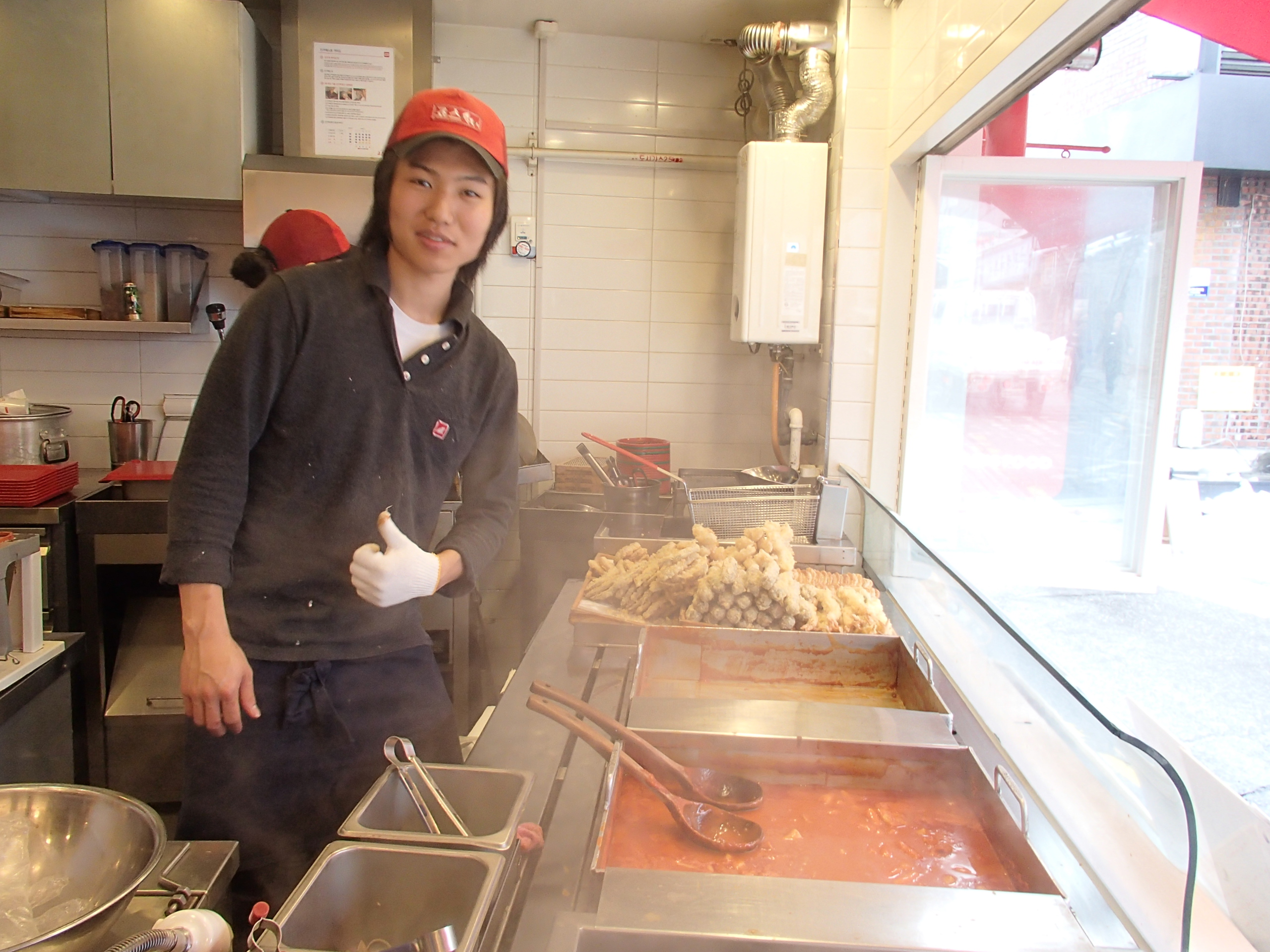 After bibimbap in bed, we went to sleep early to catch a morning flight to Thailand. 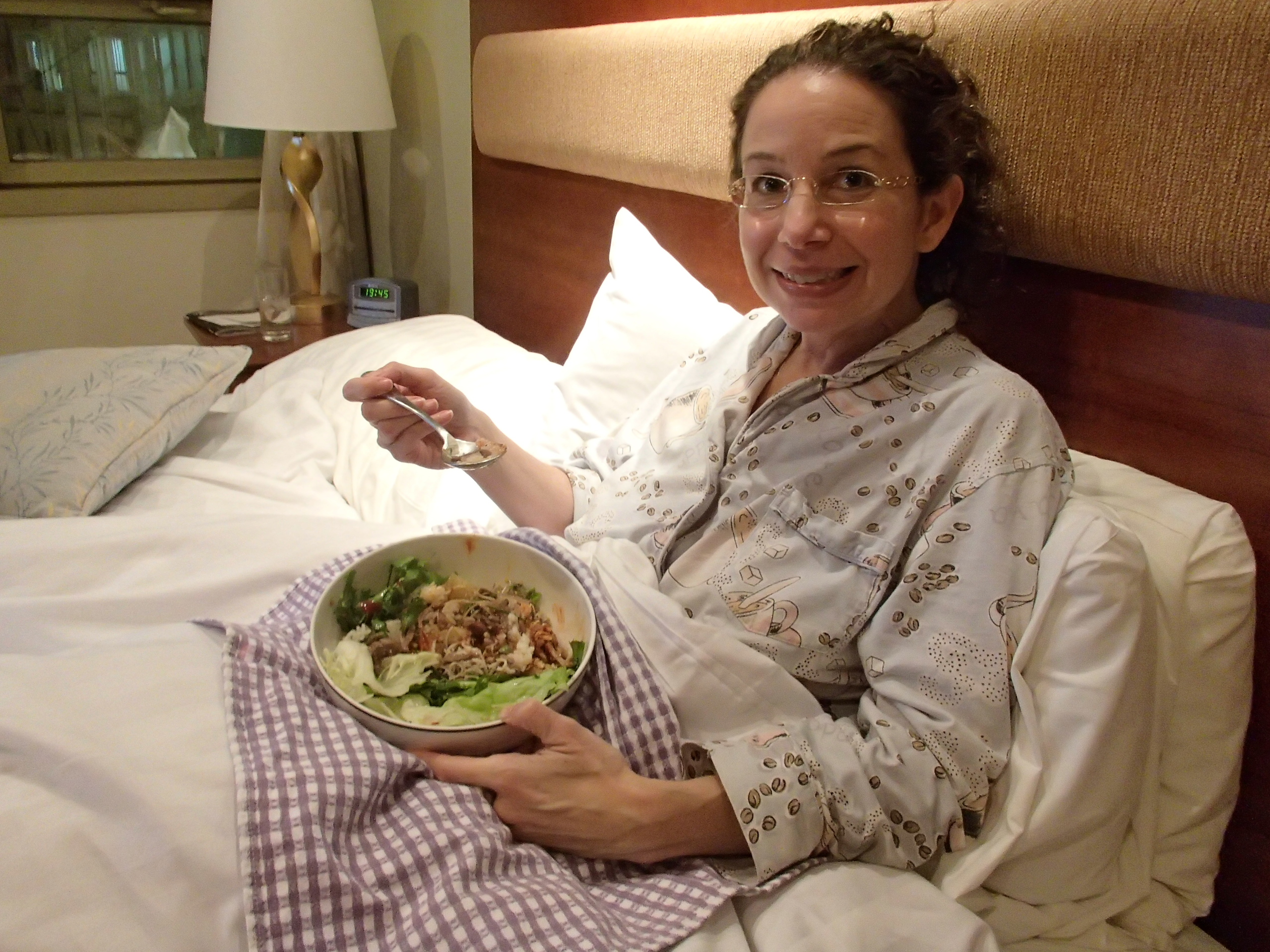