A few years ago, we saw an episode of No Reservations where Anthony Bourdain visited a truffle farm in Croatia. It sparked our interest, so Michael started to research truffle farming as a potential future business venture.

Michael visited many websites, including Stevan Martin’s blog, The Truffle Spore. He contacted Stevan to ask a few questions and they communicated by email several times. When we planned the Spain leg of our world trip, Michael asked Steven if we could visit his farm – and he said yes. Stevan also arranged an introduction to Mario Cequier, a truffle farmer, nursery owner, and entrepreneur.

During our time in Barcelona, we rented a car and went on a road trip to the Huesca area. Michael suggested going the day before and staying in a hotel, but Lori wasn’t into the idea. So we planned to leave early in the morning for the 2.5 hour drive and meet Stevan at 8:00 AM. Michael picked up the car the day before and found an overnight parking garage but realized that it would not open until 8:00 AM the next day – oops. He researched overnight street parking and found that most of the spaces were reserved for residents with permits. There were some areas with four hour parking, but he would have to get the car from the garage late at night (which he had pre-paid), try to find a metered space, and then move the car four hours later (which would be super early the next morning). So, in the late afternoon we went back to the original idea, booked a hotel in Monzon, and set off. (Lesson learned: research the details and plan in advance.) 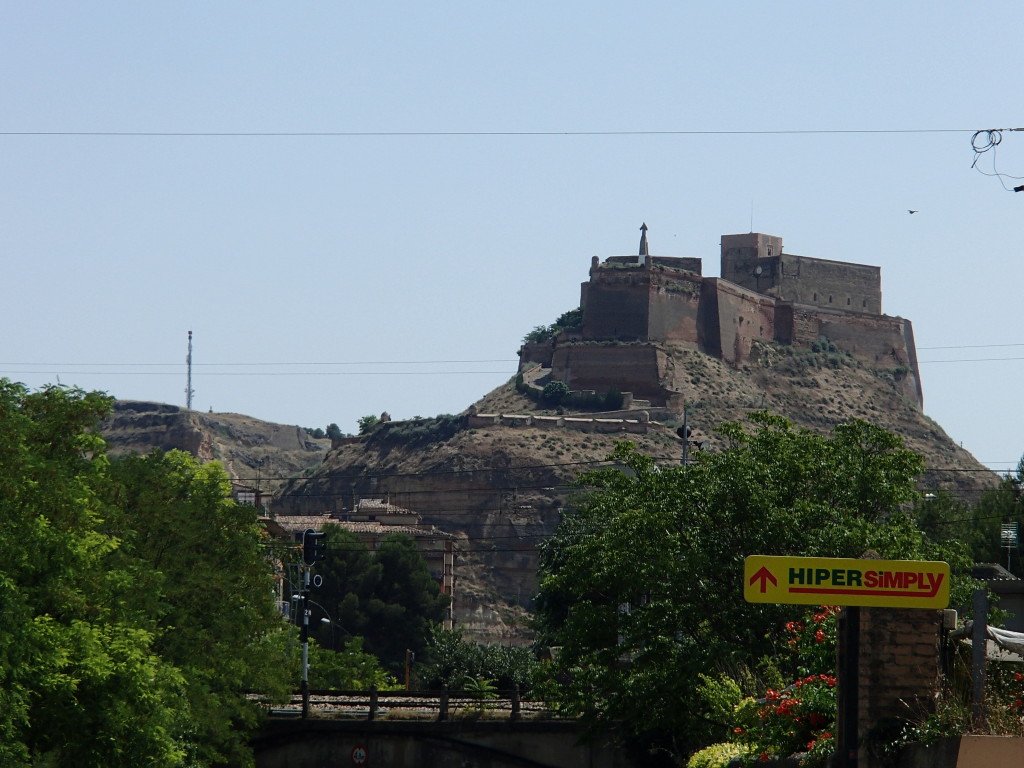 There are two highways that go from Barcelona to the Huseca area – one is a toll road and one is free. We took the first sign we saw on the way out of the city, which ended up being that toll road and a less direct route. But the highway went through the wine country, which was very pretty. The drive took roughly three hours and was fairly easy. We arrived in Monzon around 11:00 PM, checked into Hotel Mas Monzon, and went to the bar for dinner and drinks. When we returned to the room, we realized that something was really wrong with the air con. The living room was a comfortable temperature, but the bedroom was extremely hot. It appeared that the system was stuck on heat and blowing at about 85 degrees. No matter what we did we could not turn it down or off. Normally we would have asked to move to a different room, but by then it was 1:00 AM and we had to get up early the next day. So we dragged the mattress into the living room and slept there. Since the bathroom was inside the bedroom we got ready super-fast in the morning so we could get the heck out of there. Lori nicknamed the hotel, the Inferno. (P.S. Aside from the air con problem, it was a nice hotel and room.) See the Tripadvisor review >

Stevan lives in the small town of Estadilla, population 800, with a cute little town square and two restaurants. We met him at 7:30 AM at the coffee shop where several local gentlemen were sipping coffee and watching highlights from running of the bulls in Pamplona. It had been an eventful day, as there was a bottleneck and 32 people got hurt. 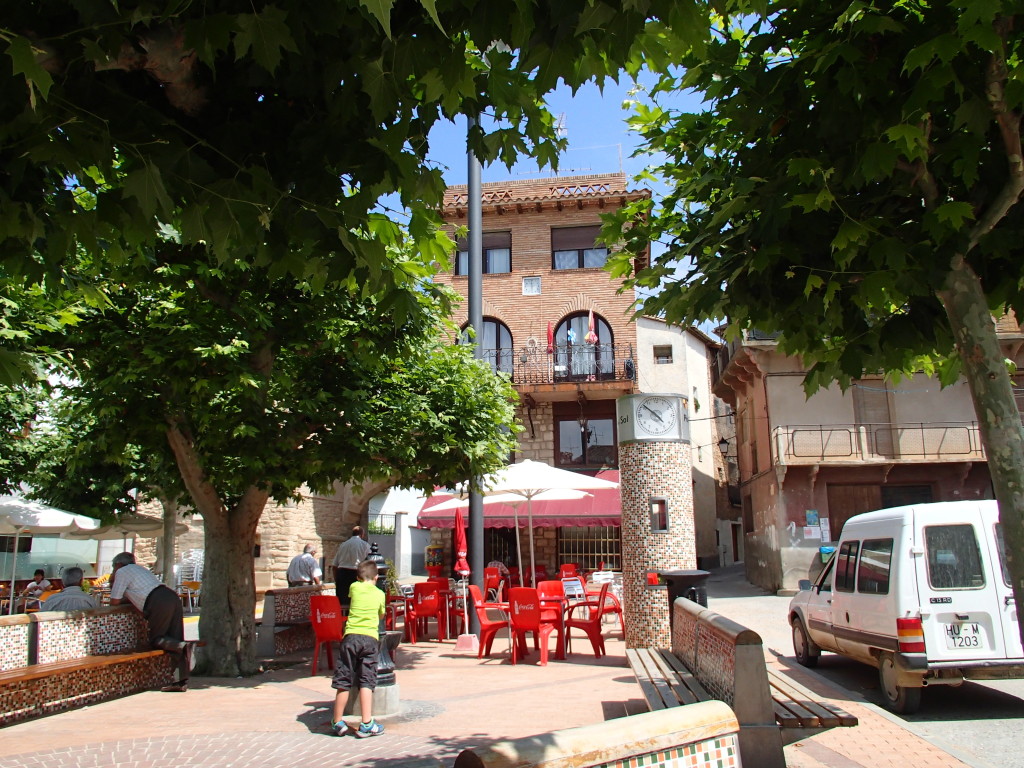 After chatting over coffee for a while, Mario arrived and we drove to his nursery 30 minutes away. What a drive! The narrow, winding road is flanked by steep rocky green mountains with interesting formations (inside the mountains there are caves with petroglyphs). We drove through small tunnels cut into the rock and passed by a pretty reservoir which is used for boating and fishing. 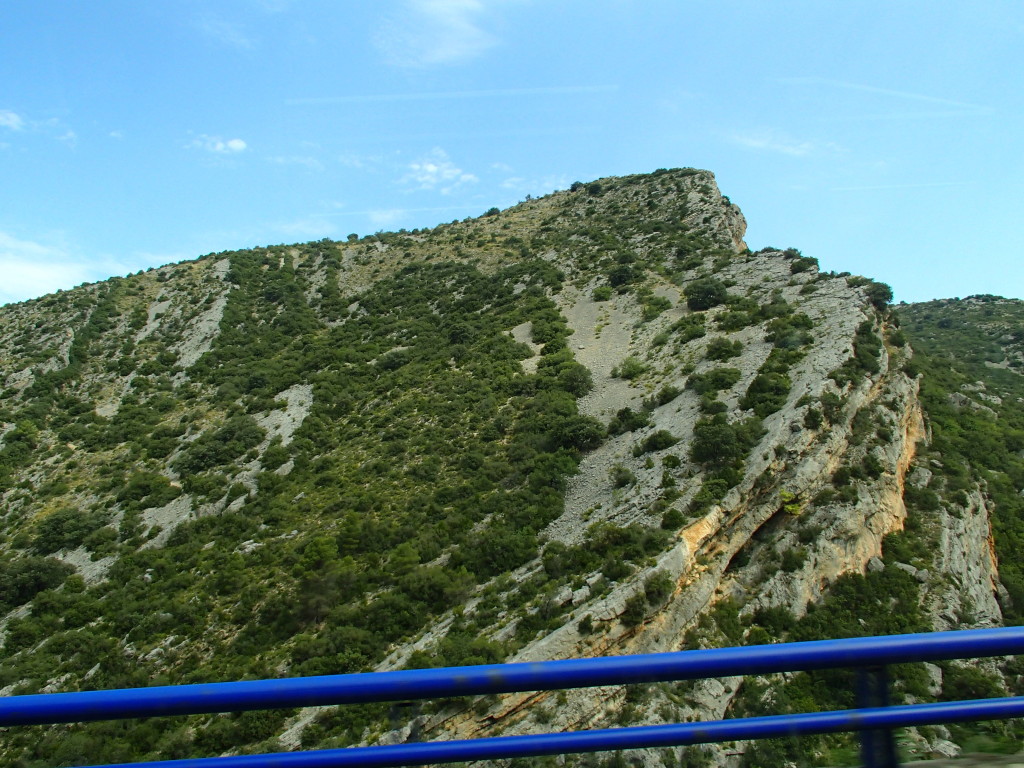 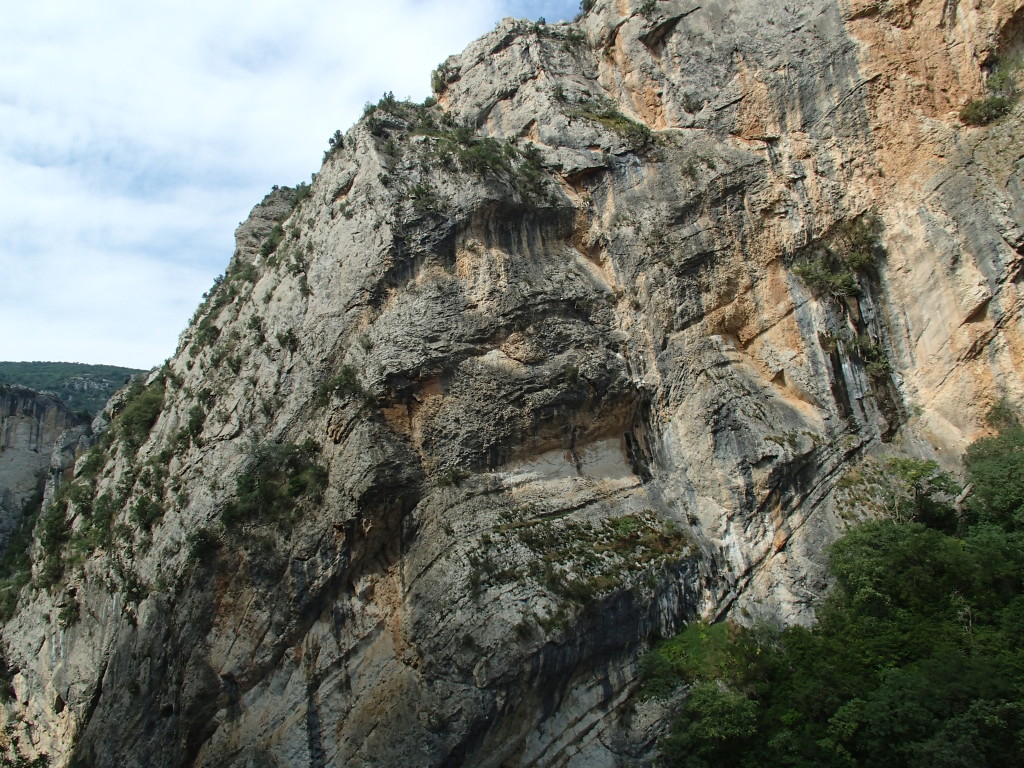 Mario has been a truffle farmer for ten years and has mature truffle farms. He and his business partners also started a nursery, Vivero Arago Truf, because they couldn’t get quality truffle-inoculated trees. They also have a business Trufa Pasion that sells truffle infused products like oil, butter, salt, honey, jam, rice, and liquor. We couldn’t resist buying some goodies, along with a fresh truffle, to take home. 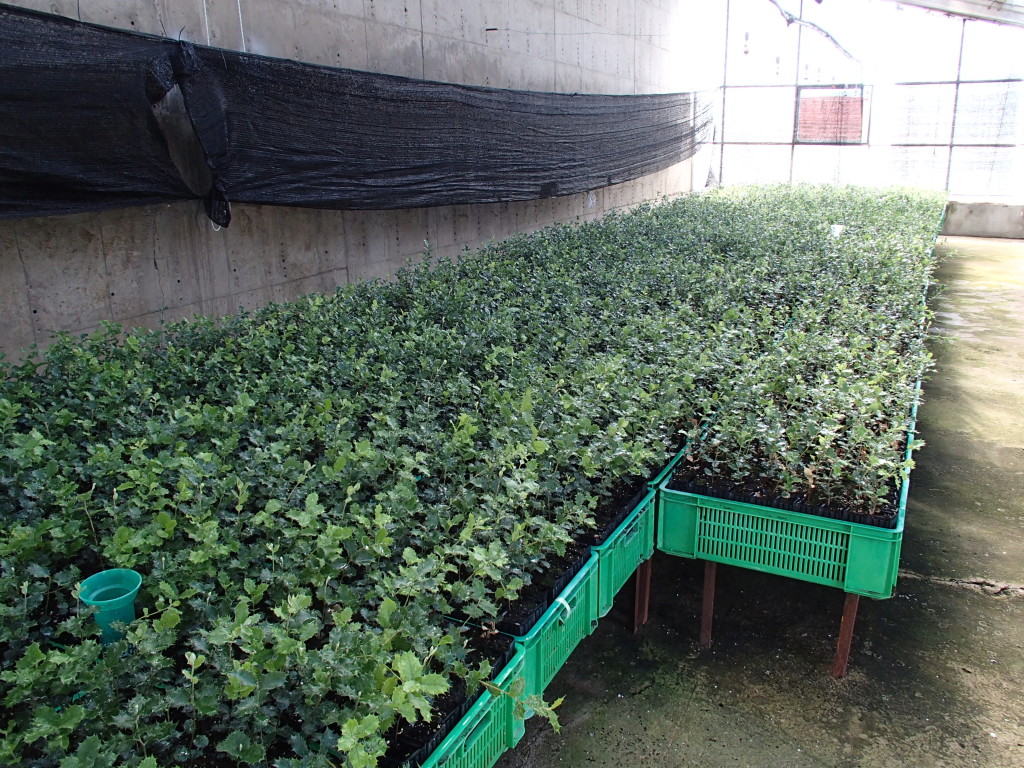 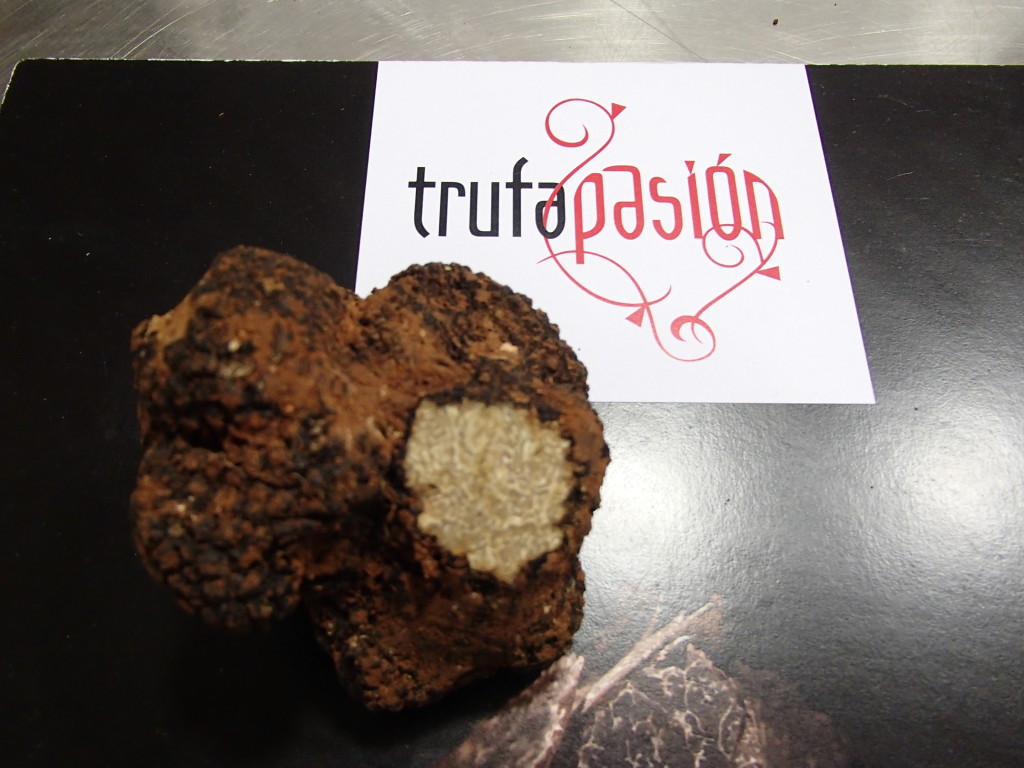 Truffle farming is not well suited for the impatient because it takes five – seven years for inoculated host trees to yield truffles. The truffles grow underground in a tree’s root system, but only in certain climates with certain soil conditions. There are several countries in which these conditions exist. In Europe, truffles can grow in Spain, Italy, France, Croatia, Slovenia, and Romania.

We learned a lot about what is involved with planning and caring for a truffle farm. After selecting the right land and preparing the soil, the next step is to plant trees inoculated with truffle spores. There are different types of trees that can host truffles. Stevan and Mario use holm oak and normal / downy oak because they are reliable hosts. The truffles grow in symbiosis (harmony) with the trees. The tree roots give the truffles a place to grow and the truffles help the roots absorb certain nutrients. It takes five – seven years for the trees to yield truffles. During that time, the farm requires care and monitoring. Stevan provides a very detailed explanation on his blog The Truffle Spore.

Time to Pick the Truffles

There are two seasons to dig truffles – summer and winter. So, if they grow in the ground, how do you find them? Traditionally, farmers used pigs to sniff out the truffles. But, because pigs love them so much, they will eat them. So, the farmers found a better helper – dogs. It is possible to train dogs to identify the scent of a truffle and sniff them out. The dogs will find the truffles, but don’t have an interest in eating them. We met Mario’s truffle dogs Miko, a Golden Retriever, and Teo, a mix. 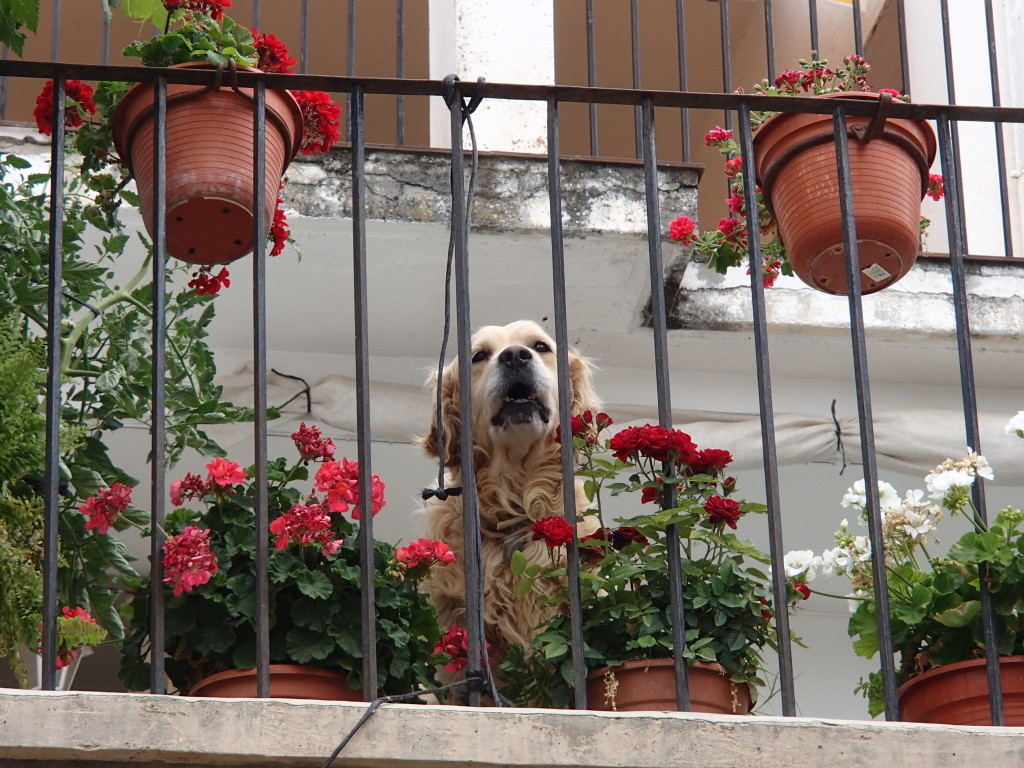 Truffles vary in size from 5 – 10 grams up to 100 – 200 grams. The size is not an indicator of the quality. A quality truffle will have a strong aroma and no bugs. Farmers sell truffles to distributors, restaurants, and companies that infuse them into different food products. There is a high demand for truffles and a fairly limited supply, so farmers are able to get a good price. 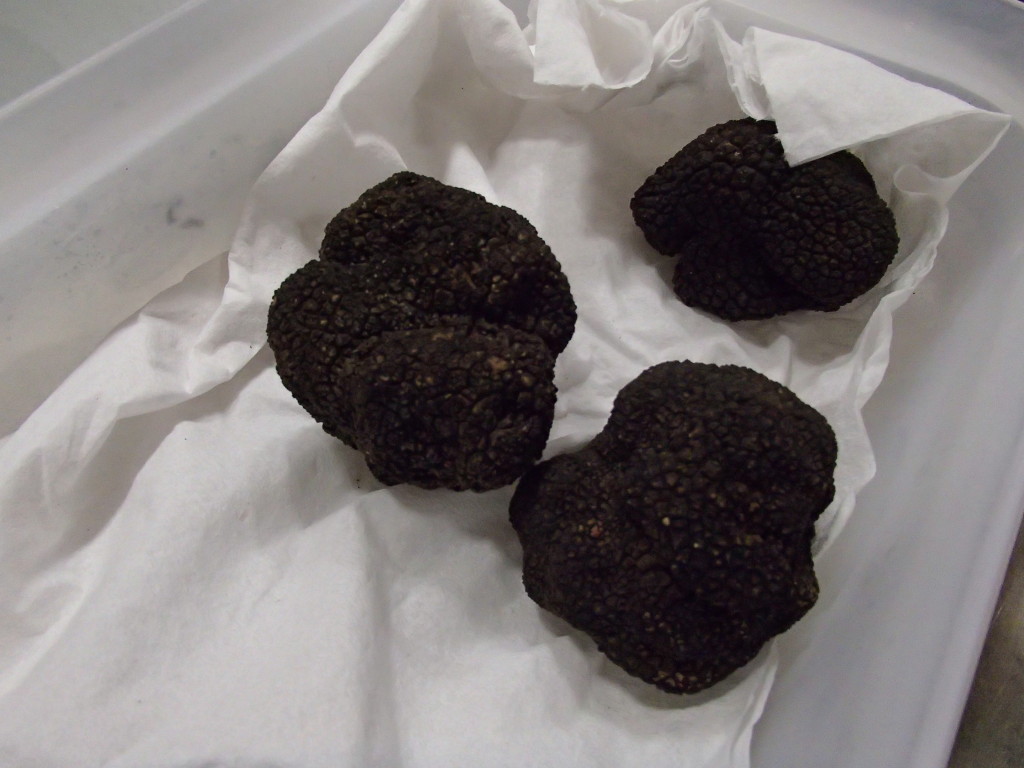 We can’t say thanks enough to Stevan and Mario for spending a good part of their Saturday with us! They were so friendly and willing to share their knowledge and answer our questions. We learned a great deal about truffle farming and hope to visit again and take Mario up on his offer to help dig winter truffles.