We enjoyed the beach house at The Tides Oceanview Inn & Cottages in Pismo Beach so much in December that we decided to return for Michael’s birthday. Ten days before the trip, I called the hotel to ask a question and had an unpleasant surprise. The staff said, ‘We were going to call you… Due to a recent change in hotel ownership, the beach house was double booked and is not available.” She offered a smaller room, but we declined. We looked at hotels and rentals in various towns, but due to the short notice, we could not find an equivalent dog-friendly replacement. Michael was really bummed. I was bummed too. Then we thought – there is so much to do in Los Angeles – let’s stay home and plan a fun staycation.

For our Los Angeles staycation, we planned a mix of dog-friendly activities with Indy, museum exploration, and visits to popular spots that are typically too busy on the weekend.

We thought it would be nice to start the week by taking Indy for a stroll at a botanical garden. There are several gardens in the Los Angeles area, but most don’t allow dogs. Luckily, there is one nearby – the 7.5 acre Mildred E. Mathias Botanical Garden at UCLA.

After finding a place to park, Lori consulted Google Maps and we followed the directions to the entrance. Google took us on a ten-minute uphill walk through the campus to the main garden entrance. When we got there, old-man Indy was starting to get tired.

We entered at the top of the garden and walked down a bunch of steps and inclines. By the time we reached the main part of the garden, Indy needed a rest, so we decided to head home. We exited the south gate, turned right, walked one minute, and saw the car – sigh.
Since we discovered the ideal place to park and enter the garden, we went back a few days later for a do-over – and it was swell. The garden is very peaceful and lovely. In addition to trees and plants from around the world, there is a stream with a bunch of lively turtles (as lively as turtles can be) and several seating areas to relax. 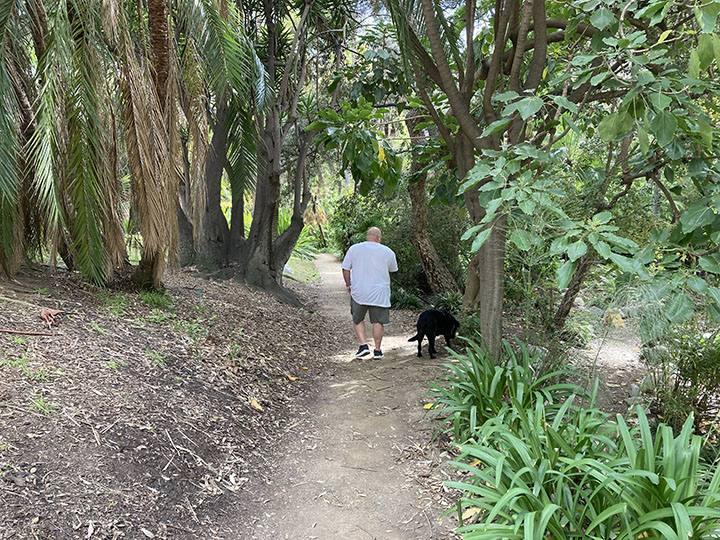 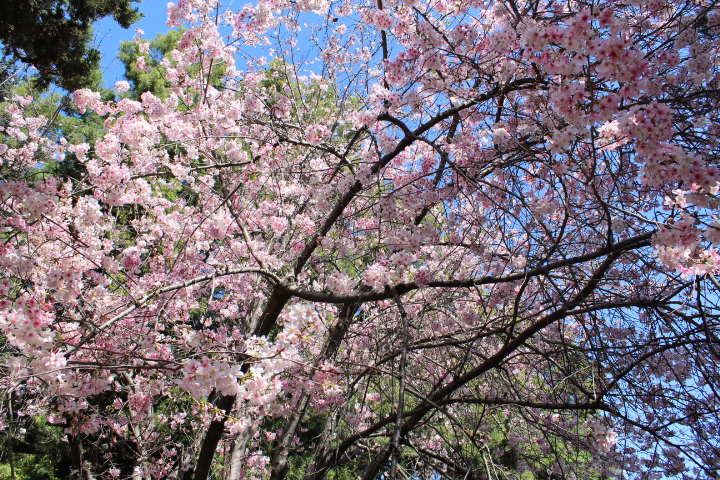 The J. Paul Getty Museum is part of the Getty Center, a hilltop campus with a museum, library, gardens, fountains, and awesome city views. This was Lori’s first visit to the museum. Michael went to the library a few years ago to research our condo building, which was designed by modernist architect Ray Kappe. The museum contains Getty’s collection of European paintings, drawings, decorative arts, sculpture, and manuscripts from medieval to modern times. 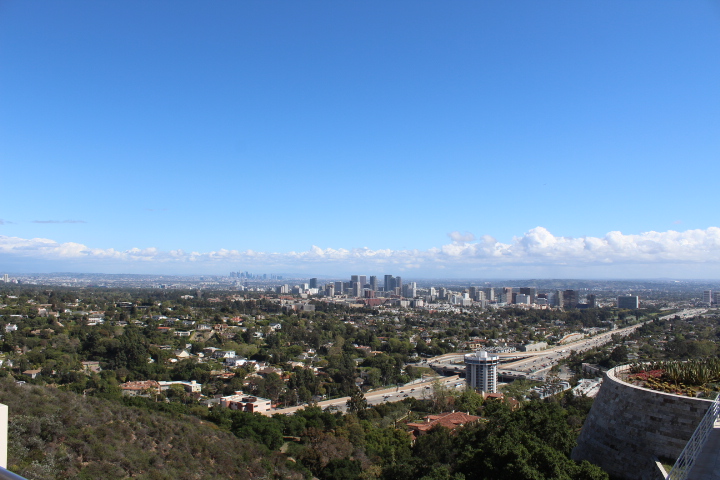 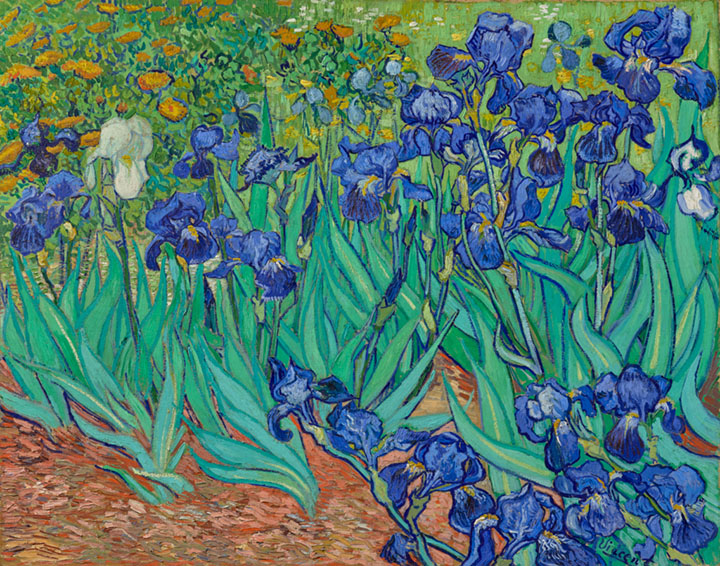 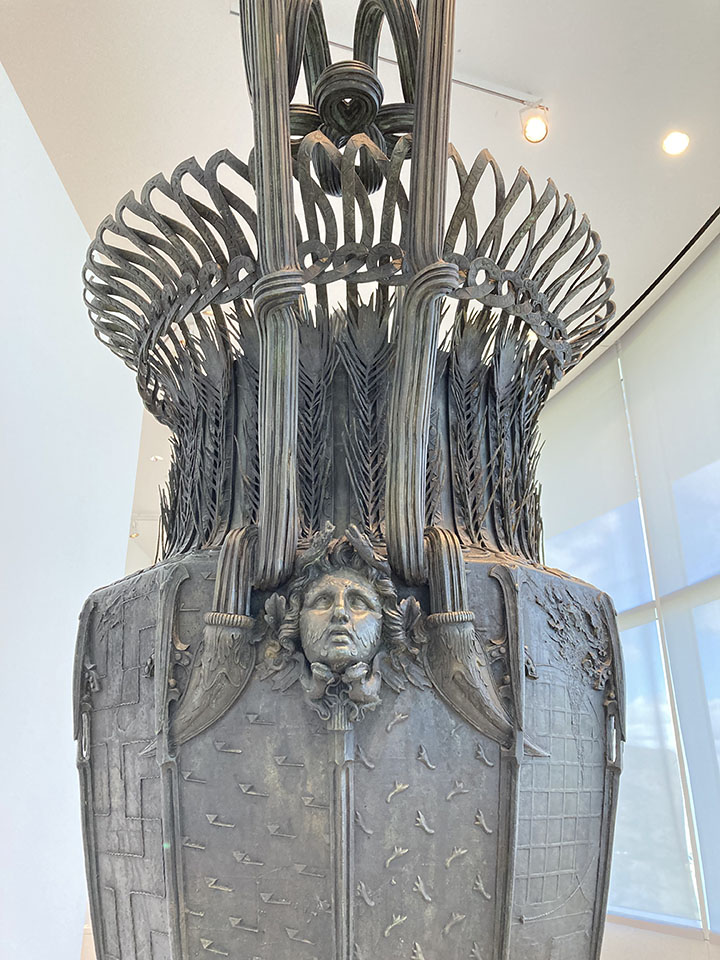 Neoclassical paneled room designed by architect Claude-Nicolas Ledoux – the painted and gilded doors and panels were in the main reception room in Jean-Baptiste Hosten’s Paris house; he was a plantation owner in Haiti (a French colony at the time) who was executed after a slave uprising that led to the abolishment of slavery 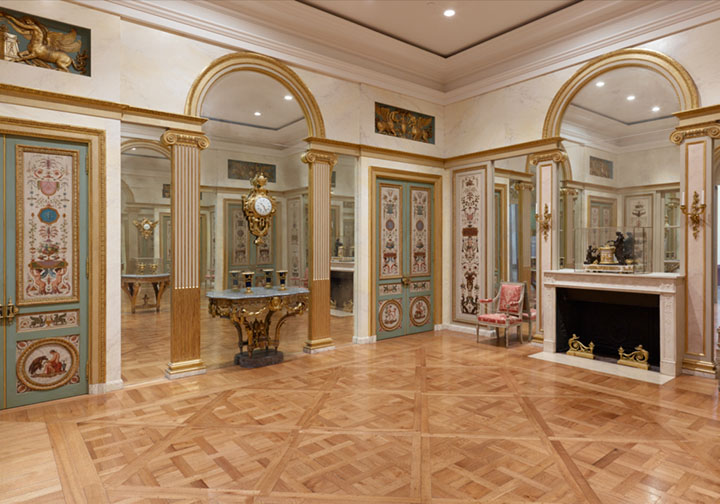 The last time we drove by Griffith Park on the weekend, there were so many cars that it was not possible to enter the road to the park. But weekdays are a better time to visit because there are a lot less people. Michael drove old man Indy to the top and parked by Griffith Observatory. Lori walked up the West Trail from Fern Drive Dell (about one mile each way). The trail is an even flat surface with several hills and great views of the park, observatory, and Hollywood sign. Griffith Observatory sits 1,134 feet above sea level and provides one of the best views of Los Angeles (the feature image at the top of this post was taken there). 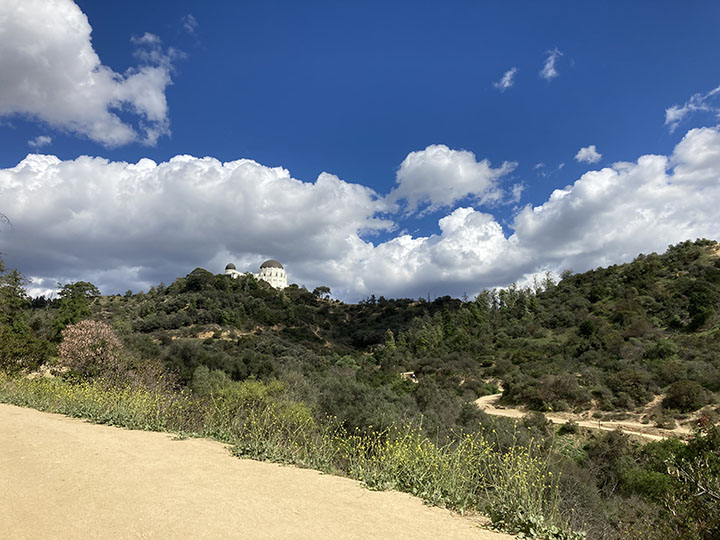 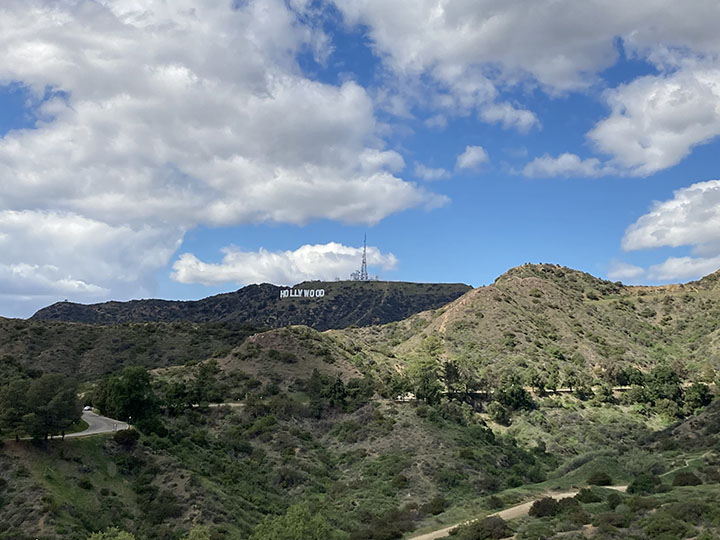 We have been to the Page Museum several times and regularly walk around the La Brea Tarpits with Indy (he particularly likes the unique smells). We left Indy at home this time and went inside the museum. If you want to learn about ice age animals, the Page Museum is the place to go. They have found over five million fossils in the area – five million! The natural asphalt in the tar pits is a good preservative of delicate fossils. At the museum you can see some of the fossils along with life-size skeletons and replicas of a ground sloth, saber-tooth cat, Colombian mammoth, and more. 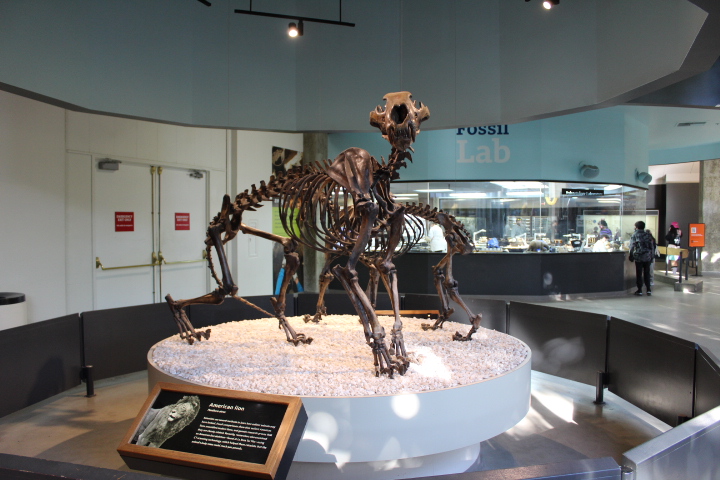 And Some Other Stuff

Jewelry making
Lori was inspired by the neoclassical paneled room at the Getty Museum and made a vintage style necklace and two pairs of earrings. Many of the beads were from her mother’s bead collection. What do you think? 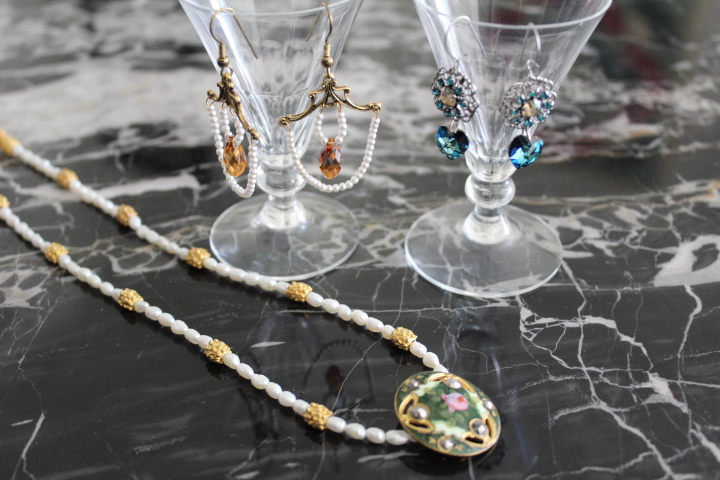 A bit of shopping
We ended the week with a visit to one of Lori’s favorite shops – Pyrrha to check out the new Spring collection and get a birthday gift for Michael. Pyrrha is also one of Indy’s favorite places – he knows exactly where they keep the dog treats (but he acts quite pushy until he gets a snack).

While we were disappointed that we did not get to spend the week enjoying the view in Pismo Beach, we had a nice time sleeping in and enjoying some of the fun things to do in Los Angeles. And now that the COVID restrictions are starting to lift, we have a renewed enthusiasm to continue to explore and enjoy our city.