Michael and I have visited old San Juan, Puerto Rico twice but only as a day stop day during a cruise. We liked what we saw and thought it would be fun to return and explore the island.

When we travel, we often prefer self-catering properties instead of hotels This time, we stayed at hip, modern two bedroom apartment in the residential suburb Condado (Ocean Park). The apartment is nearly on the beach (there is one house in front) and has an awesome rooftop deck with plunge pool. Read the review on Tripadvisor.

We spent a lot of time strolling on the beach near the apartment in Ocean Park. It is a large, clean, peaceful residential beach with lively waves. There is nothing touristy here – just local residents chilling out – some with kids, some with dogs. It is also a popular spot for small group boot camp classes (I felt a bit guilty as I strolled by with rum drink in hand).

Michael was especially excited about the trip because he planned to complete the dive requirements to get his scuba certification. He took the classes online and did the initial diving lesson at a pool in Arizona. In Puerto Rico he went to a PADI center, Aqua Adventure, at the Caribe Hilton on two consecutive days for the open water dives. The instructor Pedro was awesome and Michael had a great experience. Read the review on Tripadvisor. I hung out on the hotel’s small beach and then we cooled off in the pool afterwards. The pool has a swim up bar and is a great place to sip a cocktail and enjoy the ocean view. Here’s the only negative… One day we got a snack at the pool bar and it was yuck! The veggie wrap that was described as ‘baby field greens, tomatoes, cucumbers, and carrots’ was filled with a warm, grilled greasy mixture that could have been left over from the previous night’s dinner. 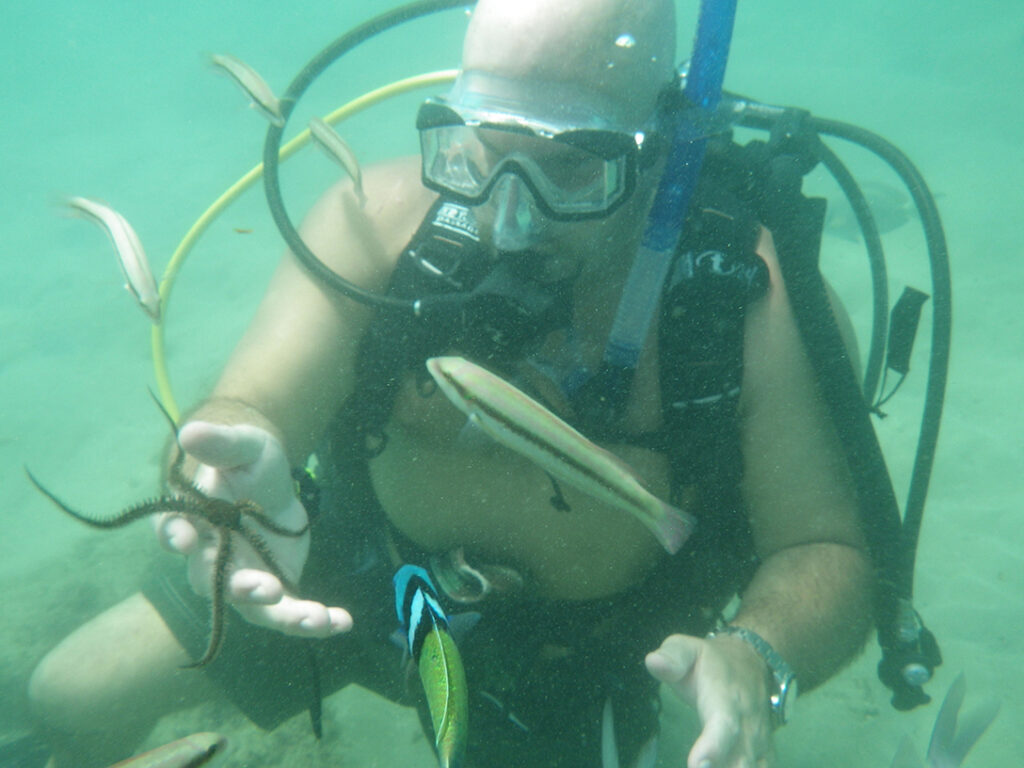 We visited old San Juan on a previous trip. So we popped over Sunday night to see what was new in town. That night there was a large street fair with food, craft booths, and music. We started at Dragonfly Restaurant for an incredible calamari appetizer accompanied by a lemongrass mojito (I don’t even like calamari and I’m so glad I gave it a try). Next we strolled through the street fair down to the water and along the city wall. Old San Juan is a great place to wander because there are narrow cobblestone streets and random works of art (statues, fountains, etc.). We had worked up a thirst, so we grabbed a pina colada at Barrachina, which claims to be the birthplace of the pina colada (some say it was the Caribe Hilton). The traffic was really bad, so we asked the bartender for a tip on how to easily exit the town center in our rental car. He gave us a great route and explained that the traffic was from the ‘asshole patrol’ (his words) – cruisers who repeatedly drive in a circle through the area.

We returned to old San Juan a few days later for lunch at Restaurante Raices, a popular spot for mofongo, and a wee bit of shopping. I couldn’t resist checking out the Custo outlet and Michael found a spice store where he picked up hot sauce. Afterwards, we stopped for a drink at nearby Hotel El Convento.

If you like art, don’t miss the Museo de Arte de Puerto Rico. The museum was just ten minutes from our apartment and we went on Wednesday evening when admission was free. There is a good mix of art styles and a really nice gift shop. 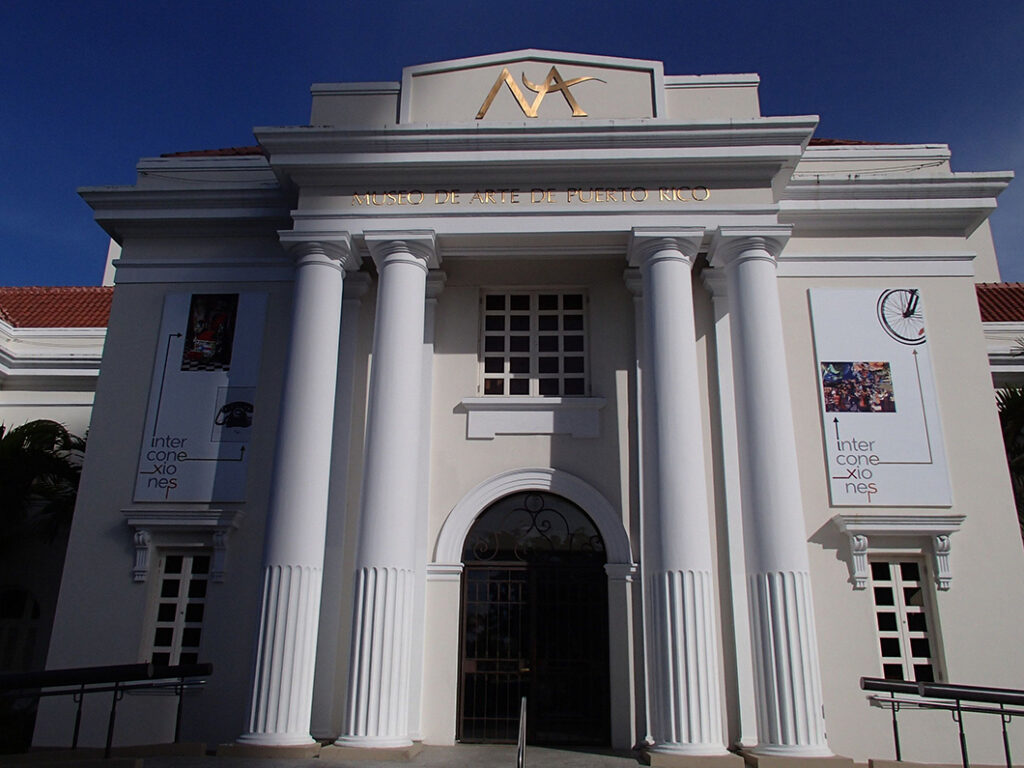 What visit to Puerto Rico would be complete without a visit to Casa Bacardi (especially if you are a rum connoisseur like Michael)? The factory is a 25 minute drive from Condado on the freeway. Admission is free and includes two free drinks per person. The tour was very interesting and provided a great history of the Bacardi family and the business. I’m not much into touristy gift shops, but this one has a lot of cool t-shirts and will custom engrave a bottle if you want.

Michael was craving pork, so we took a drive to Guavate, a small town in the mountains with a relaxed vibe. There isn’t much to see on the main street, other than a few shops and lots of lechoneras. Michael got a bunch of food to go and then we continued a drive through the mountains. We got carried away and decided to continue to the other end of the island by Arroyo. During the drive, we passed a small, pretty lake, Lago Patillas (image below). The roads are very narrow and curvy, so be prepared for a long drive if you give it a try. 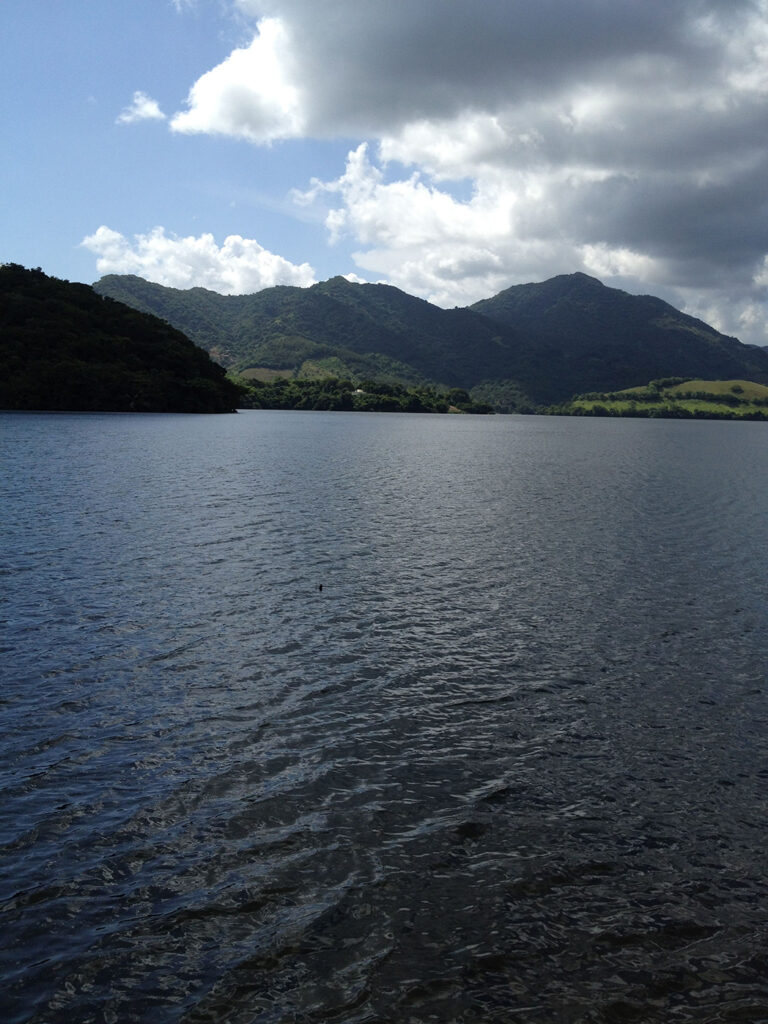 Things you Can Skip

We were disappointed with a few sights. Ashford Ave is a generic street with hotels, chain restaurants, and stores. There’s not much here that you won’t see in any other city. La Placita, the outdoor market, is small and most of the stalls were closed. Also, there is no free parking in the area.

We didn’t make it to everything we planned to see. There was only one night that was ideal to see the bioluminescent bay – and that was our first night in town. (Travel tip: check the moon phase calendar before you go. The best viewing is on nights during a new moon and waxing crescent phase.) We really wanted to visit El Yunque, but it was a 45 minute drive away and we got a case of the lazies.

Overall, it was a great week with the right mix of sightseeing, relaxation, and rum.
See more photos on Pinterest. 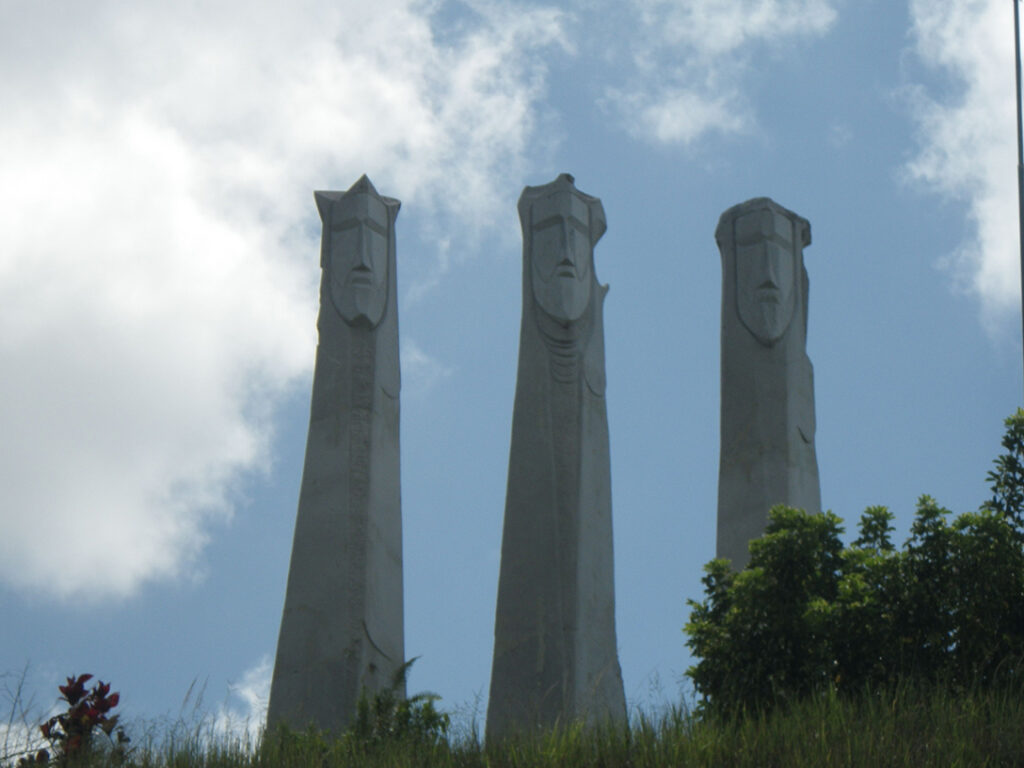