Like many Los Angeles hiking trails trails, Rustic Canyon has wooded areas, open fields, and a chance to enjoy nature. But one thing that makes this canyon unique is its interesting history.

One thing we looked forward to about living in Los Angeles was checking out the many hiking trails. The other day, Michael was flipping around the TV and came across a rerun of the Travel Channel show, “Off Limits”, which featured Murphy Ranch in Topanga State Park in the Santa Monica Mountains. We had only been in LA for a few weeks and hadn’t been on a hike yet, so voila – we found our first destination.

We headed out the next day with a general idea of how to get there. After one wrong turn, we found the correct street and made our way through a residential neighborhood to a narrow dirt road. As we drove up the hill, Lori thought, this doesn’t seem right. Soon after, we reached a bright yellow barricade blocking the road. As we sat there thinking, duh now what, a friendly gentleman on a mountain bike explained that we were on the fire road and could park in the neighborhood back down below. Ok, so now we know about fire roads.

Before Hitler began invading countries in Europe, some local Nazi sympathizers, influenced by Herr Schmidt, believed the U.S. would eventually fall to the Nazis. In the 1930s, Winona and Norman Stephens built a 50-acre self-sustaining compound on their land deep in Rustic Canyon. There were several buildings, a water tower, fuel tank, and generator. After the Japanese attacked Pearl Harbor in 1941, U.S. law enforcement raided the compound and arrested Herr Schmidt. Seven years later, the Stephens’ sold the property to the Huntington Hartford Foundation and it became an artist colony. In 1978, a wildfire damaged the area and Murphy Ranch was abandoned. The structures have fallen apart and now serve as a canvas for graffiti and street artist.

The quickest way to reach the building that housed the fuel tank and generator is to walk down a long, super steep concrete staircase from the main path (look for a hole in the fence). 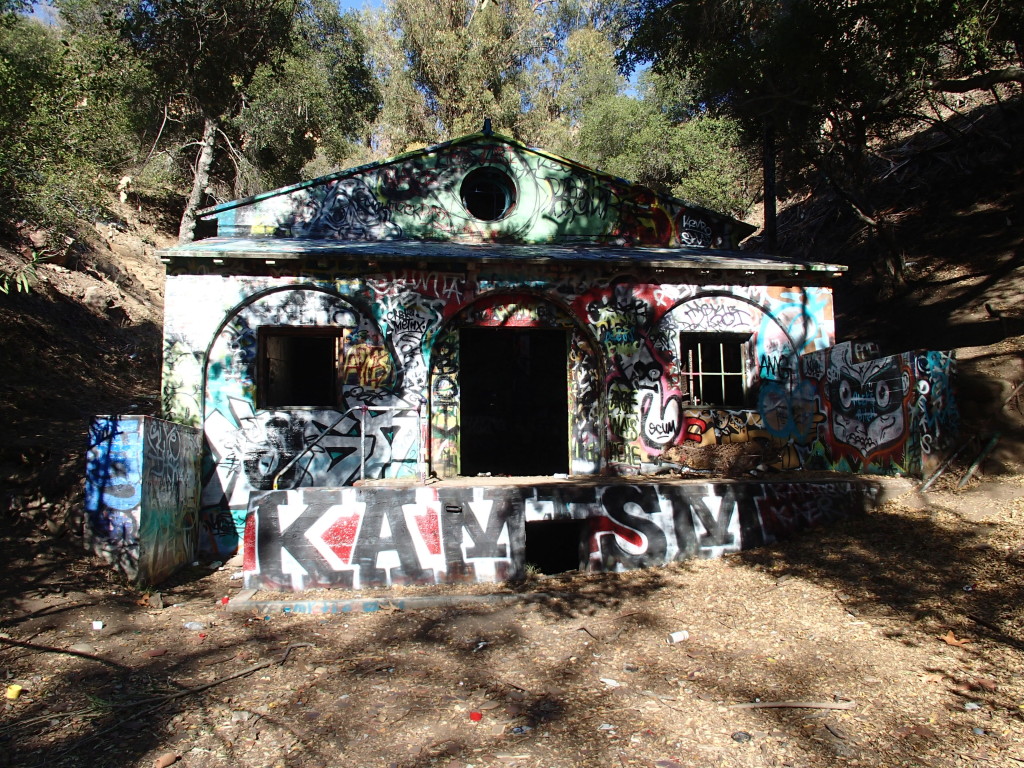 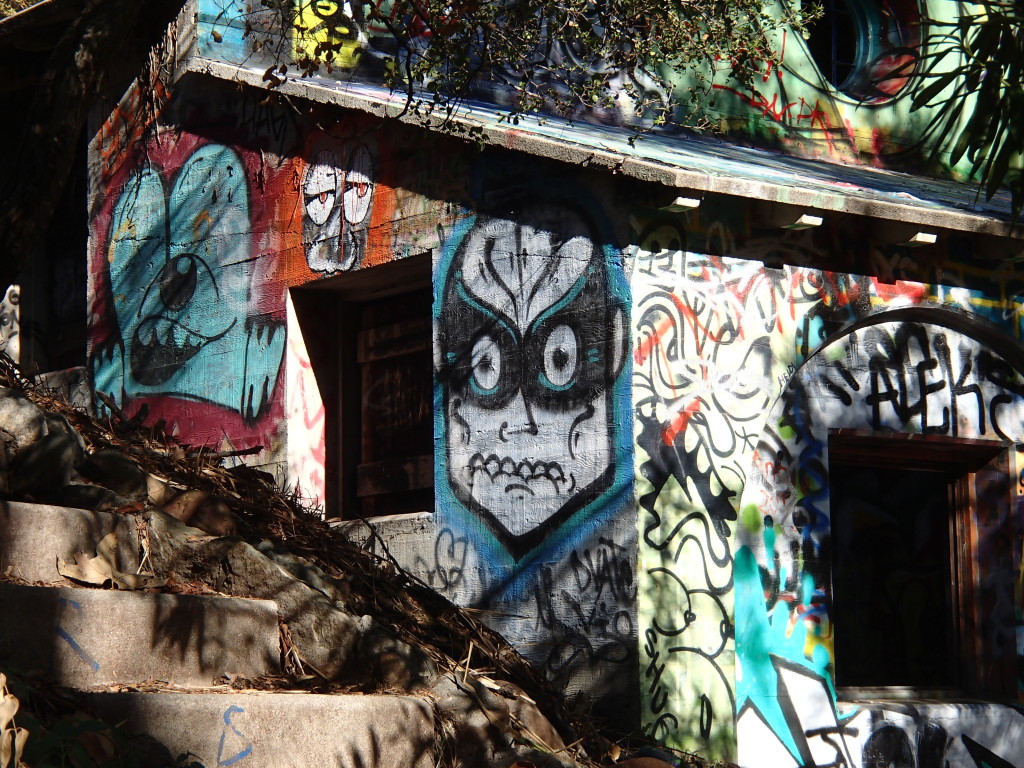 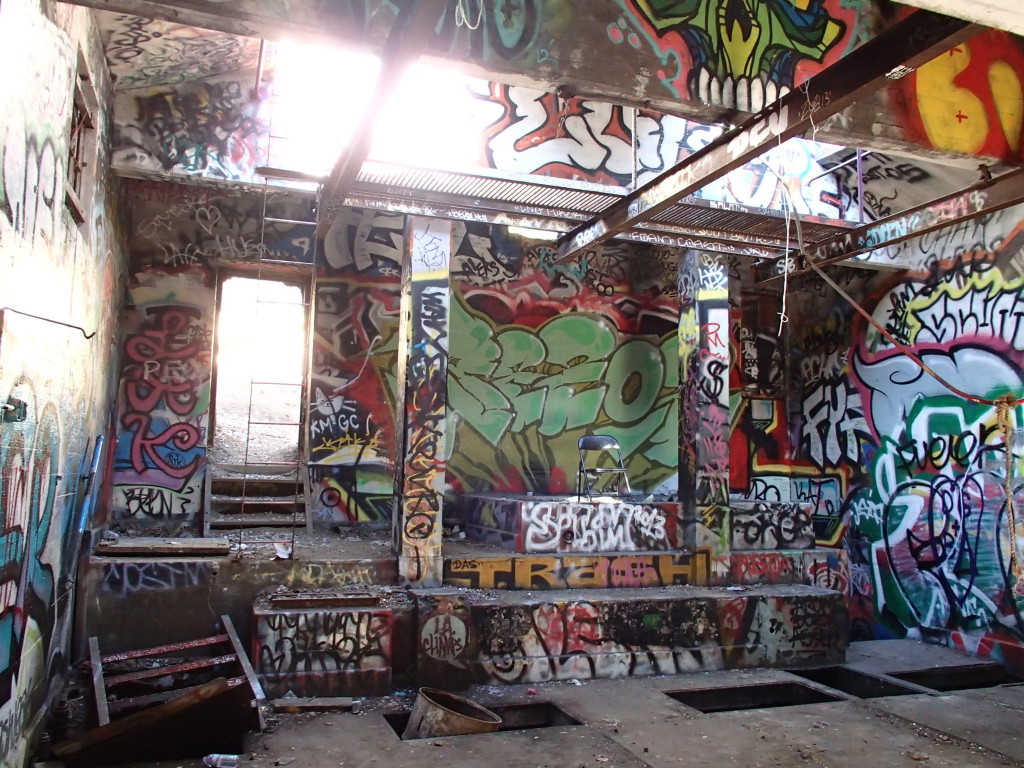 Take the path past the building to find several steel structures and funky pieces of metal scattered about. 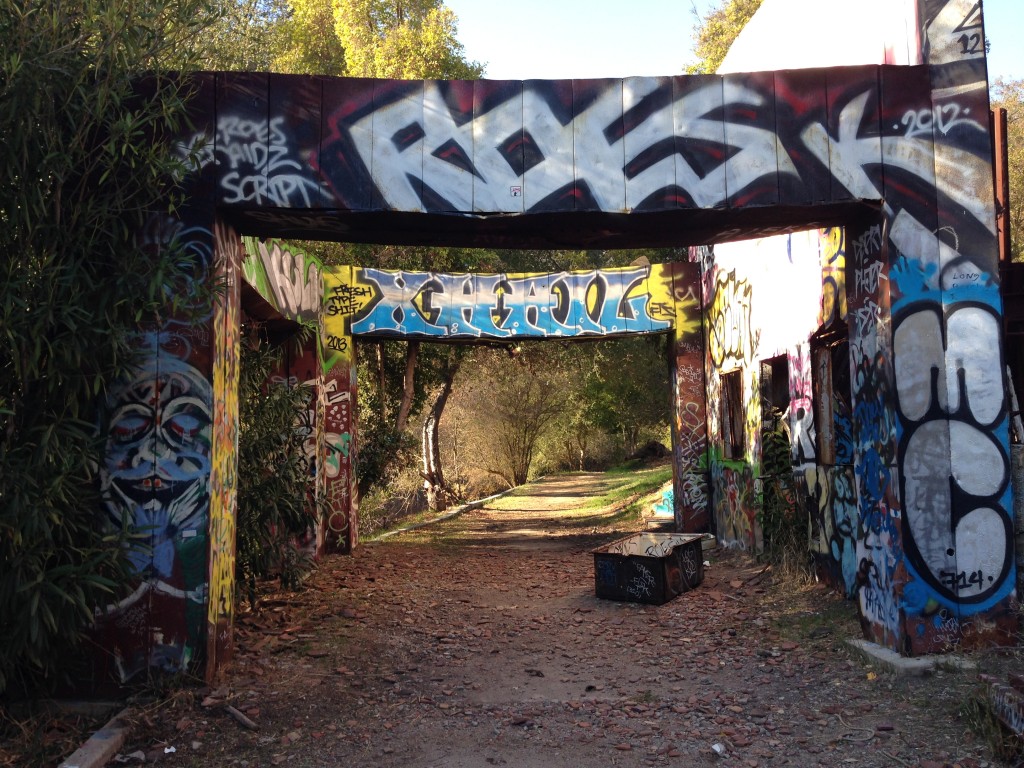 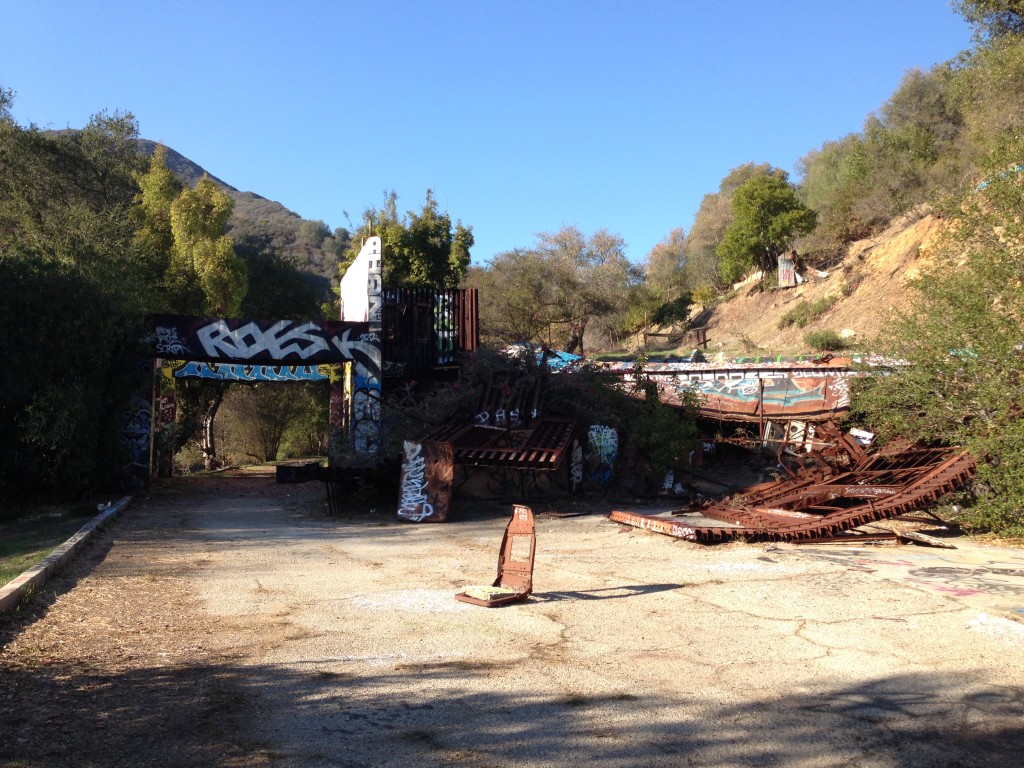 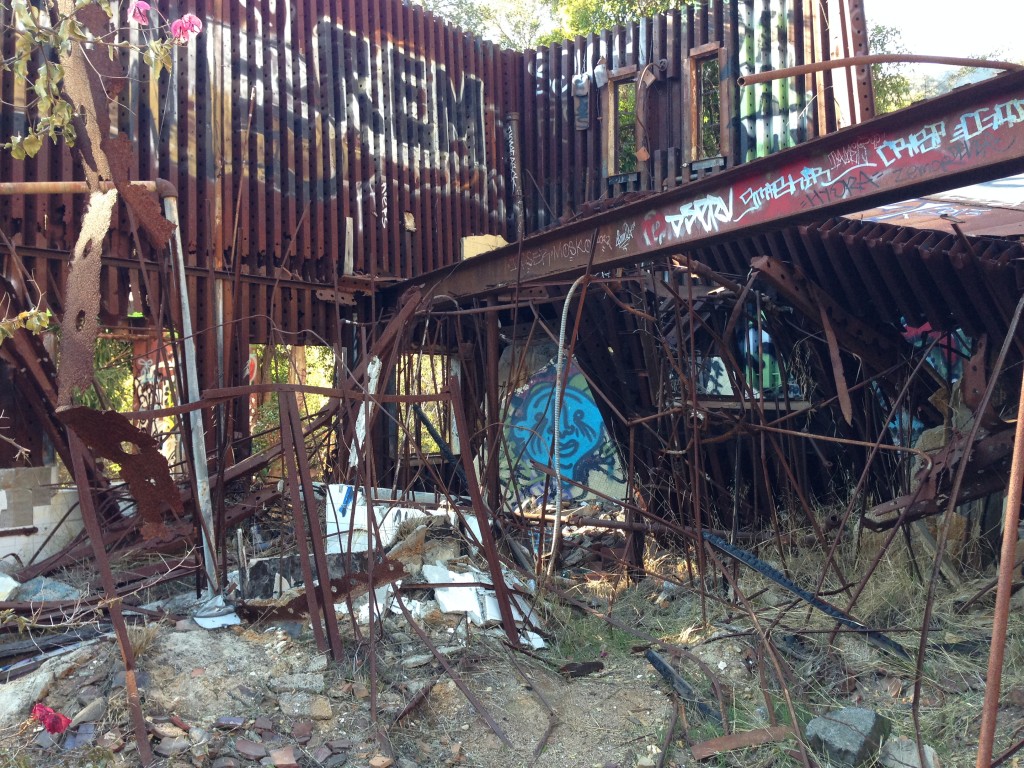 If you pass by the hole in the fence and continue along the main path you will see a second, much shorter, concrete staircase that leads down to the water tower. 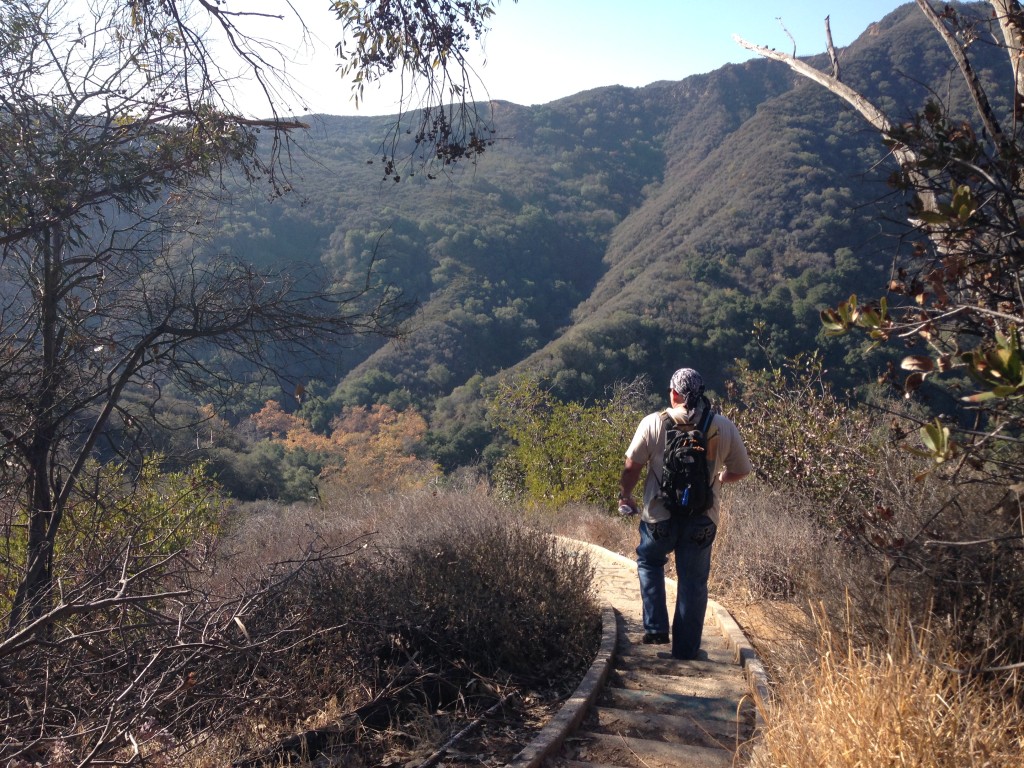 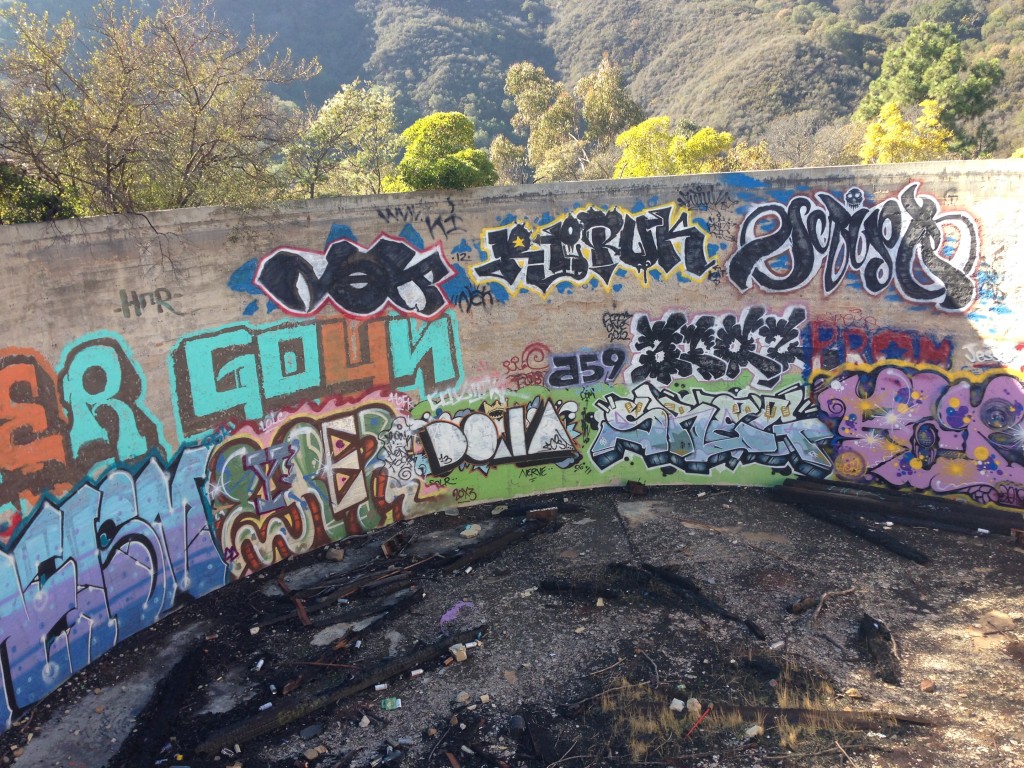 Keep going on the main path to reach a large ornate gate (the main gate to Murphy’s Ranch). Go through the gate, continue on and the path, and it will eventually split in two. The right fork leads to a large fenced building. 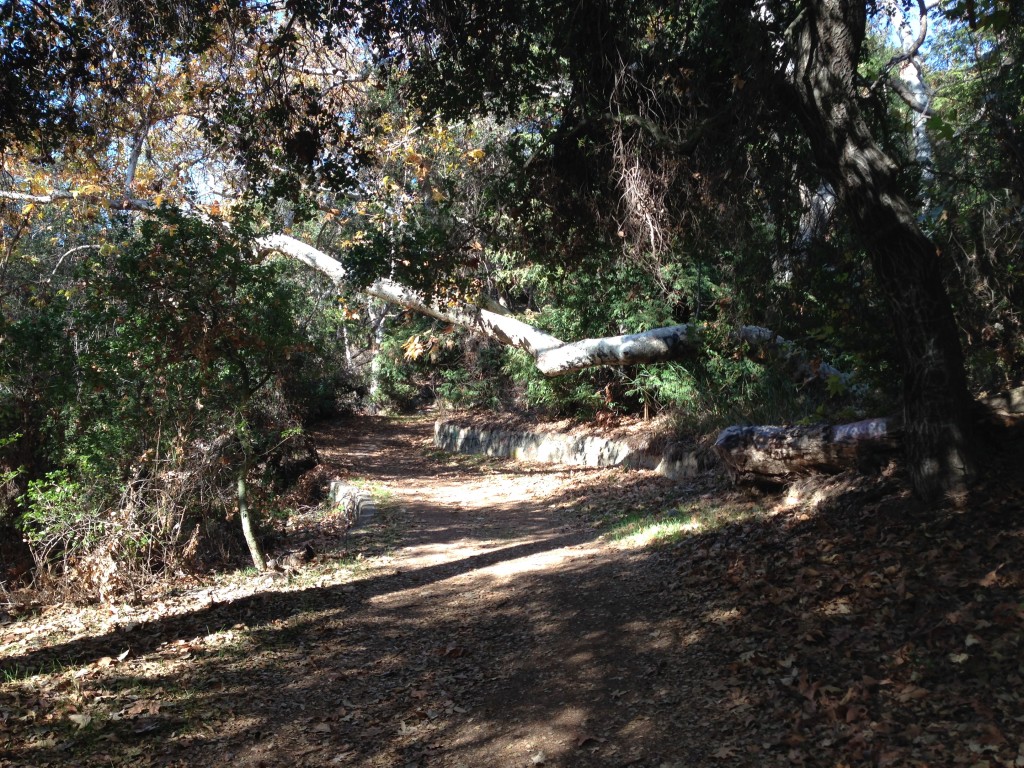 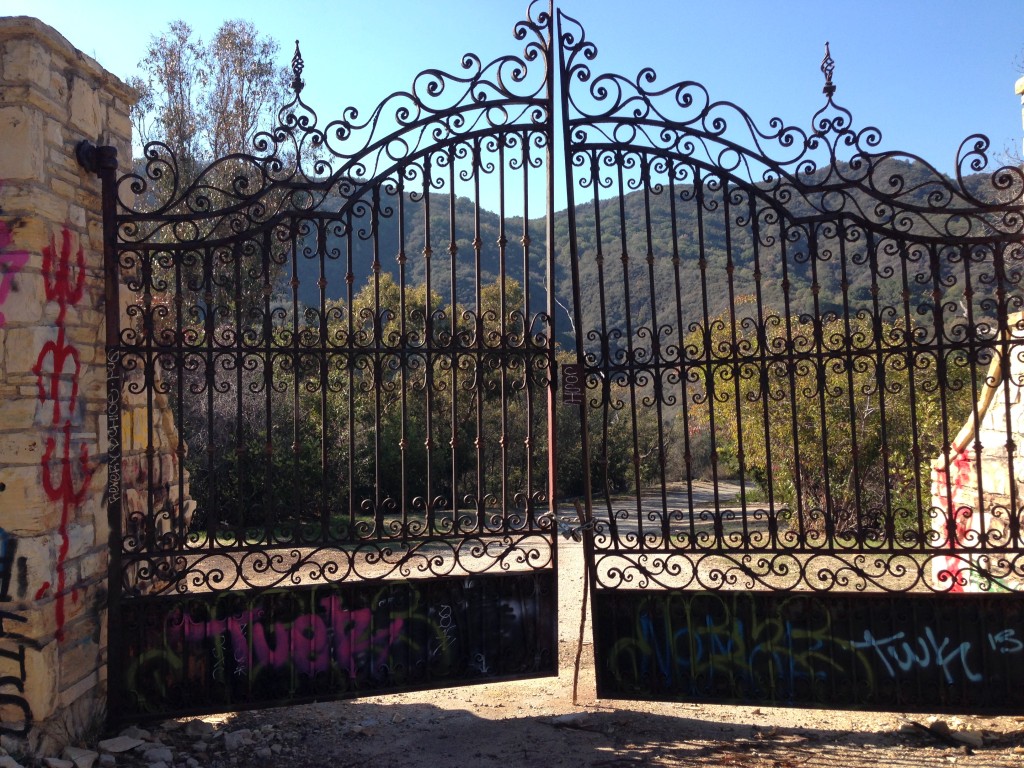 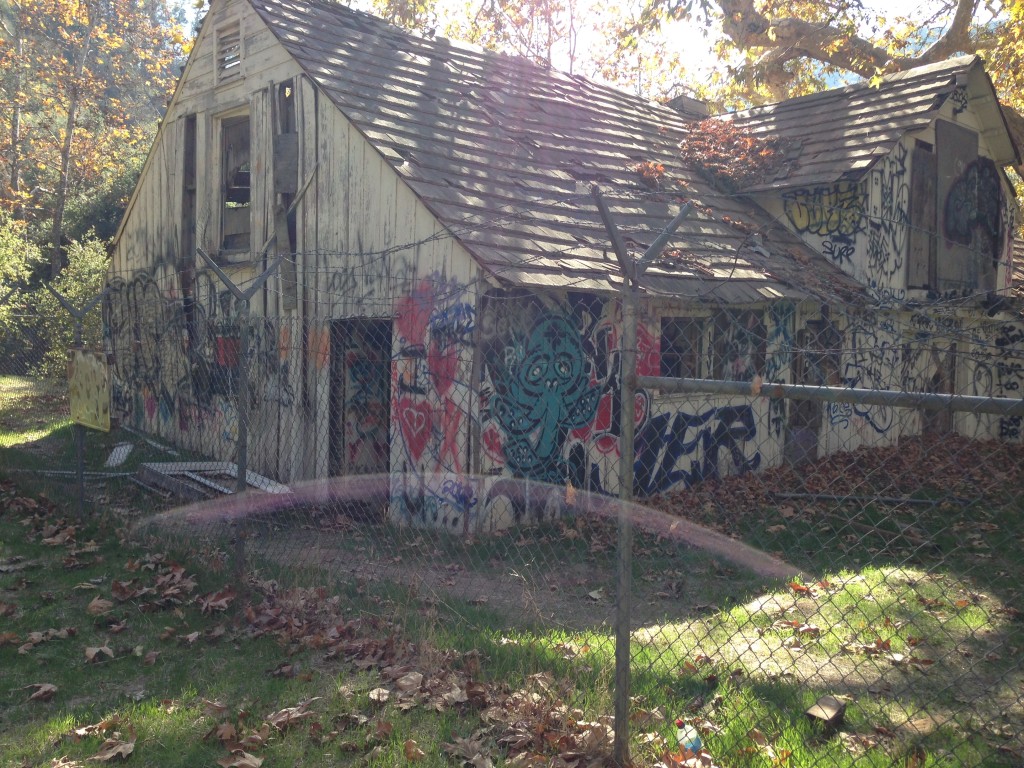